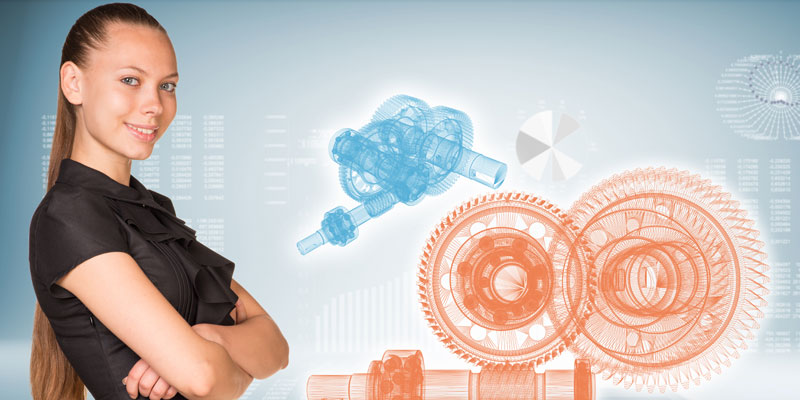 Michelle Richmond is Director of Membership & Professional Development at the Institution of Engineering and Technology (IET). She started her engineering career as an apprentice and is a former winner of the IET’s Young Woman Engineer of the Year.

Just 6% of the engineering workforce is female

Engineering needs more women. Currently, just 6% of the engineering workforce is female. This is a very significant problem, contributing to skills shortages which damage the economy. The shocking reality is that the UK is only making use of a small fraction of the potential workforce in this vital sector. It also means that women are missing out on interesting and rewarding career opportunities.

A combination of reasons

The difficulty in attracting women into engineering is down to a combination of things; from the careers advice girls are given in schools, to schools not instilling girls with the confidence to opt for science and maths at A-level, through to employers needing to do more to make their approach to recruitment and retention more female friendly.

It’s also a result of the lack of inspirational engineering role models for girls – which is where our Young Woman Engineer of the Year winners can help, by showing the next generation that engineering is an interesting and challenging career choice.

The IET Young Woman Engineer of the Year: Meet the finalists

This year’s five finalists work in exciting industry areas such as the next generation of 3D printers, laser warning systems for military aircraft and the cooling system for a futuristic new car.

Lucy Ackland is a Project Manager at Renishaw plc, working on the next generation of metal 3D printing machines. She started her career aged just 16 as a mechanical engineering apprentice and has progressed through a variety of positions, while studying hard to achieve further engineering qualifications on a day release basis.

With a strong passion for engineering, Lucy has always been keen to promote engineering to young people, especially girls. She has run after-school engineering clubs, appeared in the media and spoken at seminars targeting young people and run hands-on activities for local schools.

Naomi Mitchison is a Senior Hardware Engineer at Selex ES, specialising in laser warning systems for military aircraft. She grew up in Italy and moved to Edinburgh for university, graduating with an MEng in Electronic and Electrical Engineering in 2009. Her first role was with Thales in its cyber security department. Following this she returned to Edinburgh and joined Selex ES.

She continues to bring her commitment, imagination and enthusiasm in ambassadorial roles, participating in a broad range of STEM activities such as the Scottish Robotics Games, the Edinburgh Science Festival and career events for local schools and universities.

Hannah Pearlman is a Cooling Systems Engineer at Ford, working on the cooling system for the next generation Fiesta. After graduating from Warwick University she joined Aston Martin’s Graduate Engineering scheme, designing the vehicle cooling systems. She is now a Chartered Engineer and leads an international team.

Having benefitted from the encouragement of professional engineers through STEM activities when she was at school, Hannah is keen to give back and to encourage more young people to engage in STEM subjects. This is why Hannah dedicates a substantial amount of her personal time to activities as a STEM ambassador.

Jessica Bestwick works as a Higher Technical Apprentice at Rolls-Royce, developing and testing large aircraft engines. Her work involves supporting engines that have been in service for decades. Her next goal is to gain full BEng (Hons) in Mechanical Engineering. This is after having successfully completed her foundation degree in Integrated Engineering over the last two years. Following this, she hopes to gain a Masters’ Degree.

Jessica is a keen STEM ambassador and is involved with several school activities. Through showcasing her work she hopes to inspire the next generation of young engineers, particularly young girls.

Laurie-Ann Marshall works as an Apprentice Circuit Engineer at ABB Ltd, designing electricity sub-station protection and control systems. During the first year of A-levels, she decided that she didn’t want to go to university and opted for an apprenticeship an apprenticeship at ABB Power Systems.

She is now a member of the design team for a large project in London, where she has been involved with producing the detailed design for the protection and control systems. She has also started a Foundation Degree course in Electrical Engineering. Laurie-Ann is involved in school activities to help raise awareness of engineering and apprenticeships.

The IET Young Woman Engineer of the Year Awards 2014

The winner will be announced on 10th December. Why not join us? For more information, visit www.theiet.org/ywe