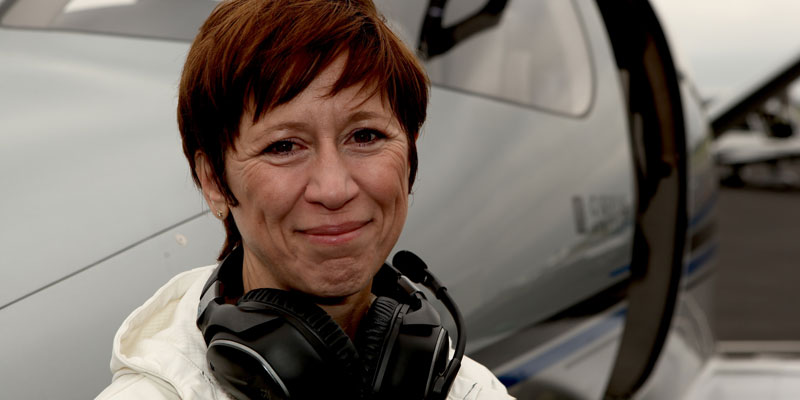 Mireille Goyer is Founder, Chair and President of the Institute for Women Of Aviation Worldwide (iWOAW), which organises ‘Women Of Aviation Worldwide Week’ annually to raise awareness and to celebrate women of aviation and their contribution to the the air and space industry. Mireille decided to do this when in late 2009 she searched for events to celebrate the 100th anniversary of the first female pilot license worldwide, but to her dismay, found none. Determined to not let this important milestone for women pilots go unnoticed and uncelebrated, she launched a worldwide campaign and encouraged pilots to “Fly It Forward” (introduce a girl or a woman to aviation) to honour the female aviation pioneers of 1910 and as a result, over 1,600 girls and women discovered the joys of flying in 36 countries on four continents.

“…While we are successful at helping girls and women discover the opportunities available in the air and space industry, our message would be highly enhanced if it were to be echoed by all industry key stakeholders…”

Please can you tell us a bit more about yourself and what made you interested in becoming a pilot?

Nobody in my extended middle-class family had ever flown an aircraft. However, my mother had a fascination for flight, which she often conveyed to her children.

As a child, I had an eye injury, which rendered me nearly blind in that eye. While I had a knack for sciences and math, needless to say that my environment plus my gender and physical limitations did not make me an obvious candidate for becoming a professional pilot.

During my first flight from Europe to the United States at age 20, I caught the flying bug. It took another seven years before I decided to drive to the nearby airport for an introductory flight lesson. Controlling an aircraft is the ultimate empowering and liberating experience. There was no turning back for me after that.

Aiming only to become a private pilot to widen my travelling playground initially, within a few years, I had earned my commercial pilot and flight instructor licenses. I never stopped reaching for more until I got the highest pilot license: Airline Transport Pilot.

What would a typical career path be for a pilot?

There is no typical path to becoming a pilot, however, the path always begins with catching the “flying bug”, which features symptoms such as an irresistible attraction to the sensations of flight, a strong positive response to challenges, a longing for adventure, and a craving for controlling one’s destiny.

What are the gender diversity statistics like for the air and space industry at present? 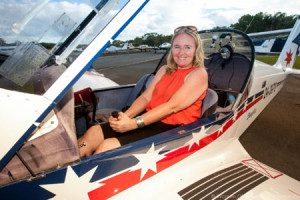 In the most “advanced” countries, the percentage of female pilots, recreational and professional, has been steady at about 6% over the past 5 decades. Gender balance is lacking in other aeronautical activities as well. For example, just 12% of all aerospace engineers are females and just 2% of all aircraft mechanics are females.

What are the barriers for women? 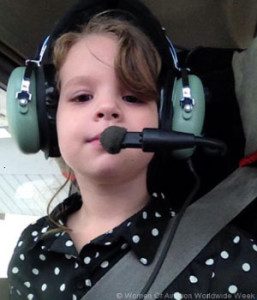 It started as a one-week project to celebrate the centennial of licensed women pilots with one website (www.CentennialOfWomenPilots.com) and a few successful press releases.

I think that the timing, the concept, and the message were right. It simply immediately resonated with individuals who chose to stand up and make a stand in their own community by flying it forward. The enthusiasm and the results were too positive for the initiative to be abandoned at the end of the first celebration therefore I transformed the initial call-to-action into an annual week of action, Women Of Aviation Worldwide Week.

Given the fast growth of the initiative, after the 3rd celebration, it was time to form the Institute for Women Of Aviation Worldwide (iWOAW).

How supportive were male pilots of the initiative? 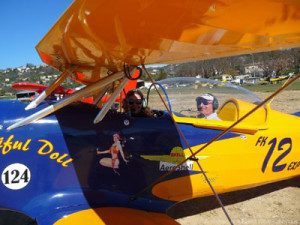 Male pilots constitute the majority of pilots who offer flights to girls and women every year. They are excited to celebrate women and eager to welcome the next generation of women pilots, mechanics, engineers, air traffic controllers, etc. at aviation facilities around the world.

Over and above supporting the work you’re doing, what would you like to see the aviation industry do to improve the situation?

While we are successful at helping girls and women discover the opportunities available in the air and space industry, our message would be highly enhanced if it were to be echoed by all industry key stakeholders. Furthermore, an adjustment in listening skills is required to fully leverage the value of increasing women’s presence.

Are there differences between male and female styles and approaches to flying?

Certainly, which does not mean that one approach is better than the other; just different. Actually, I personally believe that “typical” male vs. female behavioural differences are complimentary and ultimately enhance safety in a multi-crew environment.

There is a drive to attract more women into broader STEM careers to help meet a skills shortage. How can female pilots support female engineers and vice versa? 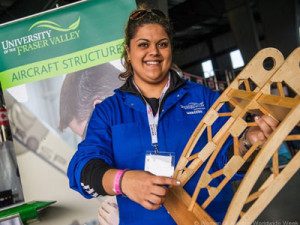 We are all born with multiple innate aptitudes, which we choose to develop or not. Whether one chooses to become an aeronautical engineer or a pilot, a passion for flight is the common dominator. One thing is for sure, the future of each depends on the individual success of both. Their destiny’s co-dependency is the natural basis for sisterhood.

How can consumers persuade commercial airlines to support your cause?

Women are the key decision makers for 80% of all family purchases, including travel expenditures. They can choose to award their travel budget to commercial airlines actively supporting the advancement of women to communicate their preferences and influence the strategic choices of airlines.

What are your plans for ‘Women Of Aviation Worldwide Week’ 2015. How can women and girls get involved?

In 2015, we will celebrate 100 years of female pilots in combat with a special acknowledgment of the women who serve in the military. We dare girls and women to not only give aviation a chance but also consider serving in the military. Girls and women are invited to visit our website at www.WomenOfAviationWeek.org to discover the week’s activities, tune in to listen and interact with inspirational keynote speakers, and / or visit an airport near their residence to go on an introductory flight. If they decide to learn to fly after that first flight, they could win our annual First-to-Solo cash prize.