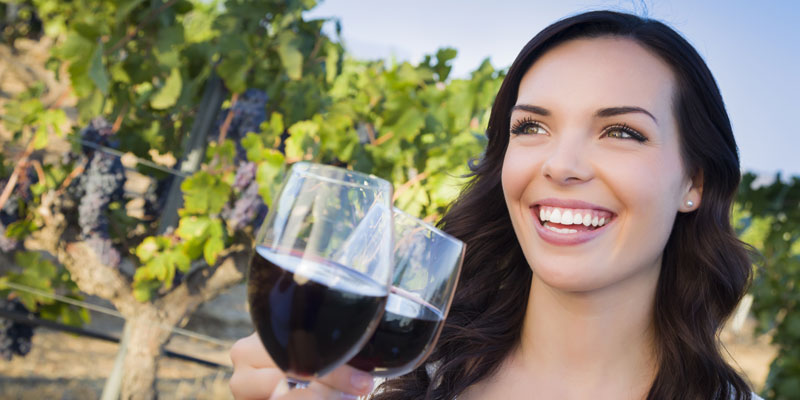 Amanda Thomson is CEO and creator of the Skinny Champagne brand. Formerly a BBC broadcaster, Amanda moved to Paris in 2010 to fulfil a life-long ambition to study wine and Champagne. Her diploma at Le Cordon Bleu was taught in French under renowned wine teacher, Franck Ramage. Legendary wine expert Gerard Basset OBE is her mentor. Amanda has single-handedly launched a No Sugar, Grand Cru “Skinny Champagne” and more recently “Skinny Champagne Rosé” with the backing of its acclaimed French maker, Alexandre Penet, including a new collaborative label – a world first.

The Times and Drinks Business recently reported this year’s Institute of Master of Wine students intake was made up of 171 women and 131 men. Despite this, women are still playing catch up as 220 of the world’s 313 Masters of Wine are men, whilst 93 are women.

Why would you say that the wine and champagne industry is still so male dominated?

Good question. I can only speak from personal experience but when I trained in France, I found the business at the top end to be a bit like an old boys club when it came to fine wine business being done.

Because I am always curious and ask a lot of questions, and my previous career as a journalist made me fairly tough, I never minded potentially embarrassing myself and getting stuck in, whether on a vineyard visit or at a smart Paris wine tasting. I was trained working in newsrooms where the male dominated culture was no different really.

Historically, the wine business in France has been handed down through the generations from father to son. That said, there are some very exciting vineyards now where daughters play the key roles even in traditional Burgundy. Caroline and Juliette at Louis Chenu Pére et Filles (Father and Daughters) make some fabulous wine for example.

Yes. And no. I think women, gay men and many more modern men are more open to discussion and aren’t afraid to tackle questions and issues that more traditional men may be loathe to approach for fear of looking silly. It’s also well known that women can make better wine tasters and, in the sommelier environment, there’s no doubt that women can seem less intimidating.

Does the relative status of women as compared to their male counterparts vary from country to country?

I think that a country like France – which I love by the way – is probably a little more resistant to change than perhaps the UK. That said, there are some incredible female wine makers out there. The US meanwhile is known for having a very exciting sommelier scene, particularly in NY where Pascaline Lepaltier at Rouge Tomate is known as a star example.

I am curious to know more about the New World of wine and the roles women play there. That’s on my To Do list!

What new skills do women bring?

I’m generalising terribly here but open-mindedness and sensitivity possibly though those skills can just as much be lacking in some women as they are present in characters of many men! I would like to hope that, as with all other walks of life, a more equal playing field brings the best skills to the table.

In your experience, how are things changing?

I have already proved it’s possible to get stuck in and set up my own sales and distribution company without big investor backing.

As with many professions, if you’re trying to do things differently, you have to be prepared to come in for a bit of stick on the way up. A thick-ish skin is as useful in the wine world as it is in many other professions.

I walked out politely of one meeting with a key buyer when he started patronising me. He looked rather shocked but I am sure he’ll remember me! I honestly don’t believe we’re at any more disadvantage in the wine world now as women as we would be if we were men as long as the approach is right and you are prepared to put the hard work in.

“I love working with women as they have a different sensitivity and usually a lot of flair and finesse. On a less serious note they tend to be easier to deal with, much less macho.” – Gerard Basset OBE

There are several female led initiatives in other alcoholic drinks markets: Brewing (The Venus Project) and whisky . What makes women so determined to make their mark?

Again, I can only speak for myself here but I couldn’t find an obvious route to market so I made one.

And I wanted to do things the “right” way and what I mean by that is not deal with rude people who did things the way they have always been done just because of tradition not because it is necessarily the best way – and that is not a criticism of men specifically, more of anyone resistant to change and progress.

Books like ‘Womenomics’ are charting the rise in power of the female consumer. How would you say your female insight has helped you understand what the market wants and given you the advantage?

When I deal with any client I ALWAYS picture myself in their shoes. When the courier company had an issue finding the client’s house late last Friday, I cancelled dinner and spent the night sorting out the problem, not least because I have been in that position myself.

You’re frustrated waiting for a delivery that doesn’t arrive and though the client could not have been more charming and said she would wait until Monday, I felt that it was important that I went the extra mile to sort it out as that would have made a real difference to me if I were her, and helped me to have absolute faith in a new brand.

And as the company grows, the personal touch must remain at the core.

What is next for Skinny Champagne?

And brilliant that Skinny Champagne is currently being served by the glass at Nobu Berkeley Street with a Bento Box during World Cup matches… http://www.noburestaurants.com/london-berkeley-st/experience/ 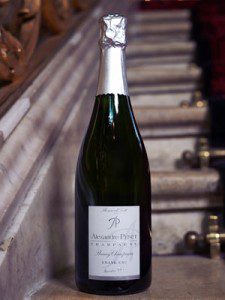