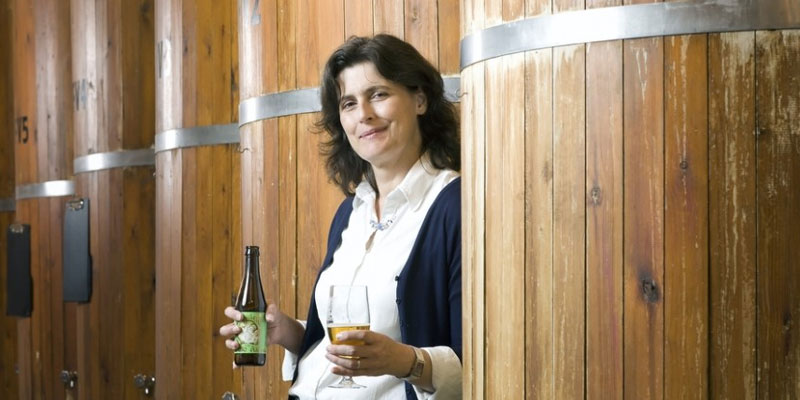 Sara Barton founded Brewster’s Brewery in 1998 as a result of a raging desire to brew fine, innovative beers on an artisan scale. She develops new beers alongside the brewery team and puts a twist on old styles by incorporating the latest hop varieties. Sara went on to set up an all-women brewing collaborative of seven female brewsters under the mantle of Project Venus in 2011. In 2012 Sara became the first female winner of the British Guild of Beer Writers’ ‘Brewer of the Year’ award.

Please could you tell us a bit about yourself and your background?

I started out in the brewing industry back in 1987 with an M.Sc. in Brewing & Distilling from Heriot Watt University in Edinburgh. I joined Courage and worked for them as a brewer for several years before studying for an MBA then going it alone back in 1997. We started up in the Vale of Belvoir before moving to Grantham in 2006.

When did you first discover you loved beer and brewing?

At Heriot Watt I develop a real love for the malty Scottish beers and when I first started my brewery the initial brew reflected that. As time went on I got into the different hops and developed our characteristic hop forward style of beers. I really enjoy developing new recipes and seeing all the lovely flavours that can be made by combinations of malt and hops. 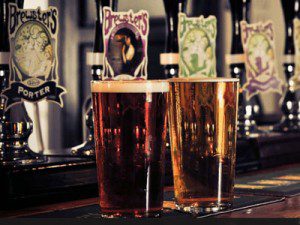 What is your favourite beer and why?

My own favourite beer is Brewsters Decadence as it is lovely well balanced golden brew with Nelson Sauvin hops which bring some of the characteristics of the Sauvin grape to a beer in a very gentle low alcohol by volume way.

Beer drinking and brewing is often associated with a male stereotype – have you faced challenges in the industry as a woman?

There is often leg pulling but I have never found it to be malicious. Once people have tried our beers they realise that they are good and it makes no difference who brewed them.

Could you tell us about Project Venus and how you first got involved?

I saw an online article about The Pink Boots Society in America, which brings women involved in the brewing industry together for education and training. They had done a collaborative brew called Project Venus bringing women brewers (brewsters) together from across the US. I thought it would be a nice idea to try something similar in the UK so I spoke to a few contacts in the brewing industry and it grew from there.

It started out as just a chance to brew with some brewing friends that we had made over our years in the brewing industry. We decided to get together to brew a collaboration beer just for fun. We drafted a recipe and went from there. We launched the beer at The Rake beer bar in London and it all really grew from there.

How many members do you have currently?

We have around 30 members on Facebook and various groups of us get together for collaboration brews.

Do you think female brewers need extra support? And if so, how? 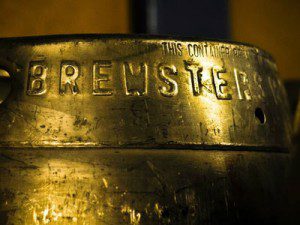 I think Project Venus works well as a support network as we often run ideas past each other before going mainstream with something and it gives us the confidence to try out some off the wall ideas and beer combinations like chocolate and cinnamon, beetroot, chilli and cardamom.

The project raises the profile of women in the brewing industry and the profile of beer and women generally so that potential women beer drinkers might try the products rather than wine of spirits. Beer is a very healthy choice, is lower in alcohol and has benefits of Vitamin B and silicon when drunk in moderation.

I love that fact that it has brought a network of people together who have become friends and a resource for ideas sharing within the industry.

How many different beers have you brewed?

As Project Venus we have brewed 11 different beers and 12 if you include the Unite beer which we did as an international beer collaboration with 60 brewers around the world brewing on International Women’s Day http://pinkbootssociety.org/iwcbd/

What is next for Project Venus?

We are looking to do another brew soon in time for Midsummer’s day. We are primarily aimed at women brewers but we welcome involvement from all enthusiastic beer drinking women.