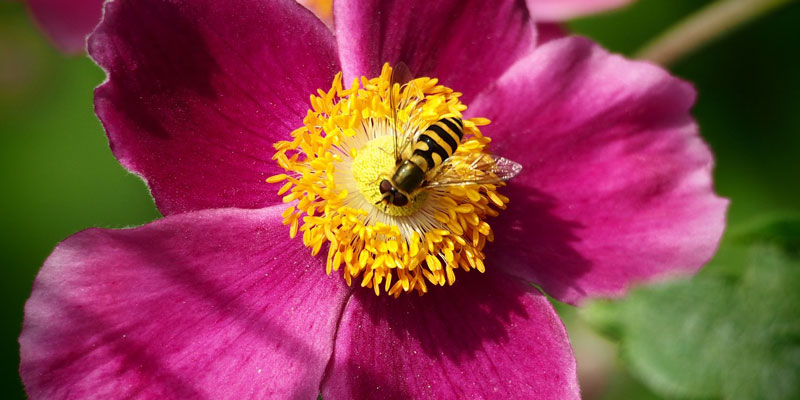 Dr. Seirian Sumner is a senior lecturer in Behavioural Biology within the University of Bristol School of Biological Sciences. Prior to this she was a research fellow at the Institute of Zoology in London and in 2008 she was the recipient of the L’Oréal for Women in Science Fellowship Award. She co-founded Soapbox Science alongside her friend and colleague, Dr. Nathalie Pettorelli.

Dr. Seirian Sumner is co-founder of Soapbox Science, a novel public outreach platform for promoting women scientists and the science they do. A series of events transform public areas into an arena for public learning and scientific debate.

It all started with a bird book, when I was about ten. From then onwards, it’s been an upwards spiral towards fulfilling my thirst for understanding animal behaviour – why and how do they do what they do?

It’s been an unusually straight road from there onwards. I studied zoology at university, with a focus on behavioural ecology, fell into a Ph.D. [Doctor of Philosophy] studying the behaviour of wasps, and thereafter a plethora of research projects on social behaviour of insects. I feel very privileged to have been able to follow my dream.

More than an Attenborough documentary

We take for granted that a solitary bee ‘knows’ just how to find one of its many burrows in which it has laid eggs, or why a bird ‘knows’ exactly how big its territory needs to be to keep rivals at bay. Yet, these facets dominate the general public’s appreciation of the natural world – you only have to watch an Attenborough documentary to know this!

The how and the why of animal behaviour

Behavioural biology is all about understanding the how and the why of animal behaviour: why should an ant evolve the ability to carve out the quickest route to a seed source? What’s the mechanism by which a wasp can seek out your jam sandwich at that summer picnic?

An exciting time for behavioural biologists

My research combines a classical behavioural field ecology approach with new exciting methods in molecular biology to understand the how and why of animal behavior, from the genes to the behavioural phenotype itself. It’s an exciting time for behavioural biologists as never before have we been able to have such an accurate ‘gene-level’ view of behaviour.

My research focuses on looking at how the genome is used in different ways to produce similar and contrasting behaviours. My favourite organisms for doing this are wasps!

Winning the L’Oréal / UNESCO For Women in Science Award

The L’Oréal award came at the perfect time for me. I had just had my first child, and was only just coming to terms with the new challenges that this little creature was bringing to my work (as well as personal) life! It opened my eyes to the issues facing women in science, linked me up with some of the most inspirational female role models in science, and gave me some funds to help re-boot my research and ease the childcare.

Setting up Soapbox Science – we can’t change policy, but we can change social norms!

Soapbox enabled Nathalie and me to unite our love of science outreach with the more serious issue of gender equality in science. We had both watched perplexed as so many of our female peers had gradually left a science research career for other routes. We wanted to make a difference. We can’t change policy, but we can challenge social norms! Soapbox is our very public way of trying to achieve this.

Grown beyond our wildest dreams

The event has grown beyond our wildest dreams. We never could have imagined the extent of excitement and interest from the public and also the science community in this. We are inundated with requests from women to set up a Soapbox event in their home / university town. We hope that our national expansion, started last year, will continue to grow exponentially, such that every major town in the UK, and beyond, will have a Soapbox event, bringing local scientists to local streets.

The speakers gain hugely from participation in Soapbox. They tell us that their involvement helped with their promotion case; got them noticed by their heads of department; Dean or Vice Chancellors; got them invites onto influential committees and public speaking events; given them public exposure that they could never have dreamed of. Above all, we want Soapbox to help promote these wonderful women – giving them the public boost they deserve.

We need a more open conversation among the younger generation – the students – about what the challenges that might lie ahead. It’s important that this involves men as well as women in order to challenge the social norms that hold women back. When it is as equally likely that a man takes parental leave / works part-time to care for a relative / sacrifices a job opportunity to follow his partner will it be a level playing field for both genders.

In no more than three words, what to expect from Soapbox Science in 2015: 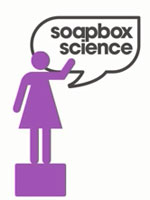