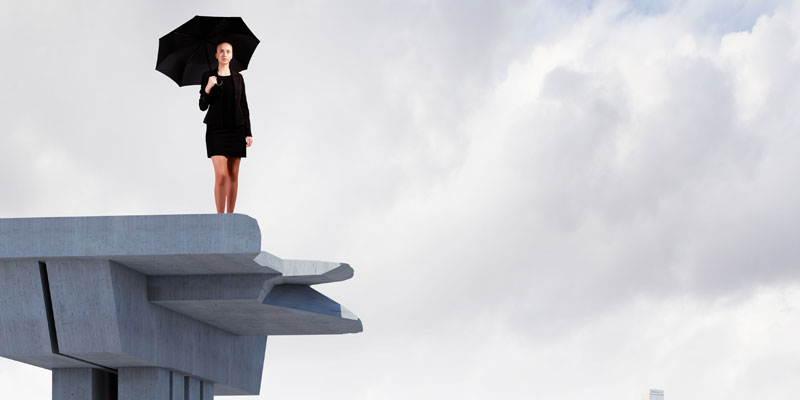 On Monday 20th April 2015, a report was published by the Centre for Entrepreneurs in partnership with Barclays that unravelled how gender influences entrepreneurial ambitions and risk taking.

Myth: Women aren’t as ambitious about growing their business as men

At the Centre for Entrepreneurs, we are particularly interested in shattering wrongly-held assumptions about entrepreneurship. One such assumption I’ve encountered time and time again is that women just aren’t as ambitious about growing their business as men.

To dig deeper into this, and more, we partnered with Barclays to unravel how gender influences entrepreneurship. We kept a particular focus on the perspective and experience of women entrepreneurs. Yet our report aims to refrain from sweeping generalisations.

It’s not about biology. Instead, we draw from the data and research to discuss the social and historical context in which both male and female entrepreneurs work. I think it is important to remind the readers that the findings are the result of averages: many will find their own experiences differ. Often, there is more variation within the genders than between them.

We also stress that we have focused our research on a highly successful group of C-suite executives and entrepreneurs. They are those who have made it beyond the start-up phase of the business lifecycle and are running an established firm. We wanted to have a better understanding of what women face in their first year of business, beyond the start-up phase, and looking into the future.

To achieve this understanding, we conducted survey research on 483 C-suite executives and entrepreneurs from UK businesses demonstrating an annual turnover in excess of £2 million, spanning a variety of sectors and industries. The polling was supplemented with 20 phone interviews with female entrepreneurs and an online focus group with eight participants.

The findings are fascinating and shatter the stereotypes that many of us hold about the entrepreneurs.

The women in our sample show greater entrepreneurial ambitions than their male counterparts and are just as interested in growth.

A different model of growth

When we talked to women entrepreneurs, they explained they although they are as growth-oriented as their male counterparts, they characterised the execution of growing their business in a different way. They strive for steady, profitable growth trajectories often preferring to reinvest business profits over equity investment to scale sustainably, and tend to think of male entrepreneurs as more concerned with fast growth and a quick exit. They said things like:

“There’s a lot of talk about high growth and, generally, that puts women off because it’s a bit bloke-y, it’s a bit .com-y and I think women are more concerned about sustainable growth.”

“It’s got to be managed growth, profitable growth that’s achieved in a way that doesn’t knock people off their perches.”

The women interviewed say they consider a wide range of factors when it comes to growing their business. Many focus strongly on corporate responsibility and their contribution to society and their local area. Very few are willing to risk staff for the sake of growth. They explained:

“Would I make a decision that risks the entire company? No, that would be a bad risk.”

However, there is a danger in making assumptions across the board. The women in our survey of executives and entrepreneurs rate themselves slightly higher than men on a range of  statements:

Although the women describe themselves as risk-takers, they seem to be more sensitive to risk than men:

The decision to take risk will be influenced by how one views current business health. Women are more modest than men when it comes to evaluating the track record of their businesses. Over-confidence is often cited as the Achilles heel of the entrepreneur, and women seem to be less prone to this tendency:

A call to action

The women we researched stressed that it was essential to treat them based on business achievements rather than on gender expectations. When considering support for entrepreneurs to start and grow a business, we ask all stakeholders to generate activity around entrepreneurship that is gender intelligent. We’ve developed several recommendations based on our findings. Just a sample of them include:

And finally, there is reason to celebrate. Women-led small and medium-sized enterprises already add £70 billion to the UK economy. As they scale-up, it is imperative that we recognise and support the women who are entrepreneurial role models. 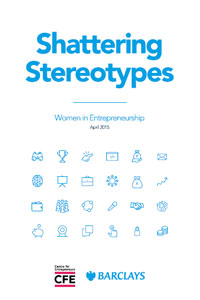