You are currently reading Issue 32: Soapbox Science, May 2015
Skip to content 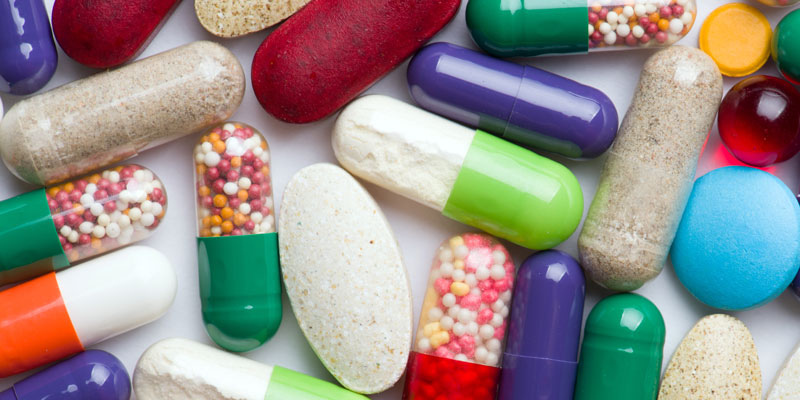 Dr. Rebecca Price-Davies is a Lecturer and Research Pharmacist at Cardiff University, having obtained her BPharm [Bachelor of Pharmacy] at the University of Bath, before returning to Wales to gain professional registration as a pharmacist and subsequently her Ph.D. [Doctor of Philosophy] at Cardiff University. She studies injectable drug stability and compatibility with medical devices, and intravenous nutrition stability. Her research improves medical care for people receiving intravenous therapy, allowing them to leave hospital earlier.

Rebecca spoke at the Swansea Soapbox Science event, which took place on Saturday 6th June 2015. The title of her talk was: “How intravenous nutrition works: a lifeline for people who can’t eat food.”

When I decided to train as a pharmacist, there were two things that particularly appealed to me: being able to use science to directly benefit people, and the career options that the qualification offered. I knew I’d be able to choose to work in a hospital, within a community, in the pharmaceutical industry, or one of several other settings where pharmacists are needed.

After completing my degree, I initially chose to work in a supermarket pharmacy. I’d had part-time jobs in several community pharmacies while in school and university, and I enjoyed being at the front line of healthcare, helping people manage their medicines, their diseases and their lifestyles.

Moving to a late-opening pharmacy serving a more urban population presented different challenges: as well as providing care to our regular patients, we were often called upon to deal with more complex and urgent cases after surgeries had closed for the day. I was also part of a team of on-call pharmacists, available 24/7 to provide medication to patients that needed it urgently, but didn’t require hospital treatment.

Transitioning to a role in the pharmaceutical industry

I enjoyed that job, but couldn’t see myself doing it for the whole of my career so I decided to aim for a position in the pharmaceutical industry. It’s usual to have a Ph.D. for the type of work I was ultimately aiming for, so I looked for a studentship.

I found a great job as a research pharmacist working within Cardiff University, funded by a pharmaceutical company and studying for my Ph.D. alongside. The company are market leaders in clinical nutrition and injectable medicines so my job and the Ph.D. involved assessing the stability of the products to ensure that they are safe and beneficial for patients. 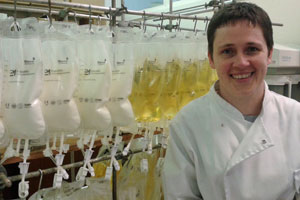 I work on parenteral nutrition, which is basically injectable “food”. If a person’s gut doesn’t work properly, they can’t absorb enough nutrients from the food they eat, so we can make a liquid that contains everything they need and inject it straight into the bloodstream, which carries it to where it’s needed in the body.

I hadn’t specifically set out to work in nutrition and, in many ways, my research doesn’t focus on it. I’m interested in the chemistry of the products, rather than how they act in the body. But, as well as my own research, I lead a team of researchers and we each have different but complementary interests, for example one researcher is investigating if and how the body changes as a result of receiving parenteral nutrition over several years, while another is studying how amino acids (which provide protein) can increase the shelf life of parenteral nutrition, so reducing the cost to the NHS.

My research is only one part of my job: as a lecturer, I spend a lot of time teaching student pharmacists. I combine my background as a pharmacist with my research skills for teaching formulation (making medicines), law, ethics, calculations, and clinical skills.

Working as a pharmacist – communication skills are vital

As a pharmacist you have to be able to communicate with people for every type of background: I’ve explained diseases and medicines to young children and confused people; I’ve had to gain people’s trust so they’ll talk about their health when they are scared and ill; I’ve had to deal with angry and threatening patients, and all of this is common to any pharmacist. 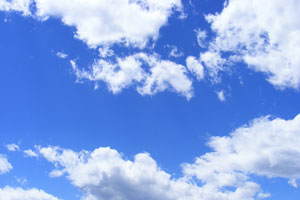 In my current job, in any given week, I might be teaching first year students, so they have science A-levels, but don’t yet fully understand the role of a pharmacist; answering questions at a conference for senior clinical staff in the NHS; doing outreach work at a high school to get pupils interested in the possibility of becoming a scientist; discussing complicated scientific concepts to the marketing department of pharmaceutical company or explaining to my seven-year-old nephew why the sky is blue.

The more opportunities you have to communicate to different groups of people, the better you get. I’m still working on these skills and I think I always will be, but I’ve become really good at recognising a confused face and that’s the first step to rectifying a communication problem!

Gender balance in any professional environment: “Two heads are better than one”

It seems to me that the benefits of having a balance between men and women in any professional environment should be obvious: it’s just an extension of “two heads are better than one”. If I can’t solve a problem on my own, I will find someone to discuss it with. If we can’t solve it, then we’ll ask another person, but if everyone contributing to the discussion has the same viewpoint, then we won’t solve it!

By having contributions from a diverse group, you will obtain a more thorough analysis of the situation and come to a better solution.

Relatively high number of women in pharmacy, but fewer women in senior positions

Although STEM [science / technology / engineering / maths] subjects are male dominated, I’m lucky to work in a department with a good mix of people. I think some of that is as a result of the relatively high number of women in pharmacy, but even within our well-mixed school, there is a higher proportion of men in the non-pharmacist group, and there are fewer women in senior positions.

My initial decision to apply for Soap Box Science was a bit selfish: scientists are often encouraged to engage in outreach and I hadn’t done any for a while. As I looked into it more and talked to my friends and colleagues, I got genuinely excited about it.

Usually when I do outreach, I’m asked to talk about careers in pharmacy or science. That’s fine and useful to people but it’s great to have the opportunity to talk about the stuff that really interests me. My research isn’t “sexy”; it doesn’t get on the news and isn’t going to win a Nobel prize. However, it is interesting and helpful; it saves and improves lives, and parenteral nutrition deserves its fifteen minutes of fame!

Preparing for Soapbox Science has been different from preparing for other outreach. As I mentioned, I’m usually told what will be needed, but I have free rein to talk about my subject and how to do it. That’s exciting, but nerve-wracking.

Channelling my inner artist to produce a gastrointestinal tract T-shirt

I’ve got some ideas of what I’ll talk about and I’ve shaped those in discussions with other Soapbox Science speakers. I’ve been channelling my inner artist to produce a gastrointestinal tract T-shirt (anyone who says you can find anything on the internet has not looked for one of those!), I’ve shamelessly stolen a plastic chicken from my nephew’s toy kitchen and I’m agonising over whether to buy a tumble drier hose to represent the large intestine. I should probably be spending more time thinking about what to say!

Every year, lecturers in Cardiff School of Pharmacy ask our students for feedback on our teaching, and every year mine is similar: “We like the demonstrations with food” and “She makes a boring subject interesting”.

If you understand why you should know something, you’re more likely to engage with it

I come from a family of teachers, many in primary schools, and perhaps their approach has influenced me. Much of my teaching is based around the science of making medicines. It isn’t easy to understand, and it can be a tough sell.

I know from personal experience that, if I can understand why I should know something, then I’m more likely to try to engage with it. I use that philosophy when planning a talk. I also find that if I’m excited by something in the talk, my enthusiasm carries over to the audience. 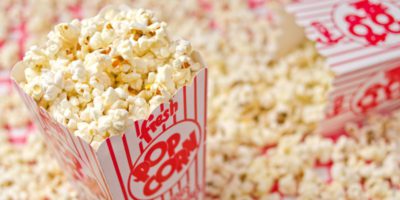 A bit of what you fancy..? The popcorntastic psychology of decisions about meals and snacks – Dr. Laura Wilkinson, Lecturer in Psychology at Swansea University 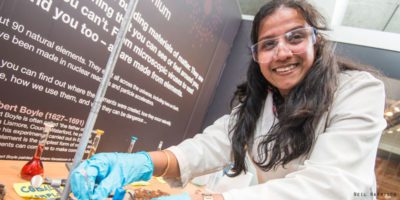 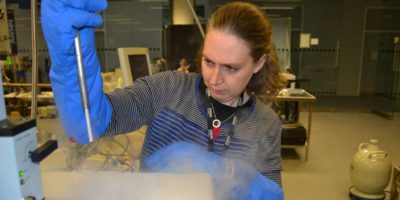 Impossible is just a state of mind and ‘defects’ don’t necessarily mean something bad – Dr. Solveig Felton, Lecturer in the Centre for Nanostructured Media at Queen’s University, Belfast