You are currently reading Issue 104: Revival, July 2020
Skip to content

Patrícia Andrade is a middle school and secondary school teacher who specialises in biology and special needs. Patrícia started taking a university degree in maths but soon gave up to pursue her dream of teaching biology. Now she is supporting several pupils with special needs remotely due to the pandemic.

I finished secondary school without knowing what I wanted to do next. I was torn between maths, biology, sports and anthropology. I even applied to the Air Force Academy, as I saw myself following a military career.

After much thought, as in Portugal people are told that degrees related to sciences and technologies give you a better income and since I loved mathematics, I decided to take that degree.

I was in shock when I was placed in maths. Teaching was the one thing I was sure I wanted to do, and I pictured myself teaching this subject, so I made an effort to learn and enjoy my modules and tried not to think about spending the next five years learning that.

I thought about quitting since the degree was not what I expected, but I was concerned about how my parents would react because they were paying for my tuition fees and certainly would say this was a year lost. Therefore, I tried to endure but soon realised I would not be able to overcome the fact that I simply did not like the monotony of the degree. After the first year, I quit and started studying for A-Levels again.

The problem was that I did not know what I wanted to pursue, because besides my passion for teaching, I had other interests, like sports, music, cinema, arts and culture. As a teenager, I even ambitioned to go on a mission to Africa as a volunteer, but at this point, I decided I wanted to do something for my own country.

I realised that I wanted to teach biology and geology. In the following years, I had to work to compensate that ‘lost year’, which was not easy to reconcile with my studies, but I was able to finish my degree in 2005. That summer, I sent my CV, still an extremely poor one, to more than 100 private schools in the country. I got very few answers, but one was enough to schedule an interview in September and I stayed there teaching for the next 14 years.

Giving up stability to be true to myself

In my first years as a teacher, where I taught sciences, I started to realise that there were many students with learning difficulties. There were already conversations amongst colleagues about how best to include these children in the classroom, but it was a challenge. That is why I felt I needed specific training.

Therefore, in 2011/12, pregnant of my first son, I accomplished another dream: studying special needs education – mental disorders and physical disabilities. In fact, I took this course because I believed I would teach in the private school I was teaching at the moment forever and that they would give me the opportunity to make a difference as a special needs teacher. However, the years passed and that never happened.

In the last year I taught there, I had 11 classes, more than 300 students. At that time, I already had three children, the oldest is in the 1st grade and needs a lot of support with the homework. We also have hockey drills during the week and games at the weekend. There was a lot of pressure to juggle conflicting priorities at home and work. I felt I could not do everything properly, and spent all my weekends working.

Fortunately, last year I had the opportunity to apply for the national contest we have in Portugal to teach special needs in public schools and I was chosen! With the total support of my husband, I gave up the comfort of having not only colleagues, but also friends in the private school. I also lost the security of knowing that I could go on vacations and my job was still there when I returned, and I gave up being close to home and the kids’ school to embrace a new challenge.

2019 was, professionally speaking, a turning point, when I swapped the certain for the uncertain, but also when I figured out that when we are motivated and we are driven by what our conscience dictates to be right, we are happier personally and professionally.

A new reality the pandemic brought me

In the beginning of March, when Portugal had its first COVID-19 case, I only wished that schools had closed, and everybody could be safe at home. The personal side spoke more loudly than the professional one and I wished we could all be with our families. Besides that, Easter holidays were almost there, so we would have just a few “missed” classes.

At first, the feeling was fear, but also some tranquillity, as strange as it might seem. Despite the pandemic, everything was fine with my family and friends, everyone was safe and taking a break from the hustle and bustle that used to be our daily life.

We soon realised that the situation was going to be long lasting, and the concern started to be on how I would teach my students with special needs now. As I previously said, the idea is to include these students in the classroom with others in subjects where they had more difficulties.

Now I teach in a school covered by a governmental initiative that acts in economic and social underdeveloped territories, marked by poverty and social exclusion, where violence, indiscipline, dropout and school failure are extremely high.

In this context there are many families with low incomes and the online teaching exacerbated social inequalities, with differences from one school to the other and inside the same school too, since there were many kids who didn’t have a computer. Also, teachers didn’t all have the same amount of digital skills and the older ones were learning at the same time as their students, so schools had to reinvent themselves. I soon realised it was me who had to adapt to the reality of each family, with online sessions in real time or recorded. We would sometimes partner with colleagues in other subjects, or conduct individual sessions by phone or videocall. We would make adaptations for those who had access to technology, or through paper homework which the school sent directly to the homes of these students.

Advantages and disadvantages of online teaching

There were many tough moments of daily despair through the last three months: My oldest son having classes and not being able to concentrate, the middle son complaining because he wanted to watch another TV channel, the youngest crying because she wanted to sit on my lap, my husband also in home office, me having classes or receiving calls and messages 24/7 from students and parents.

Additionally, I had to cook lunch, do housekeeping, go back to classes, bathe the children and think about what to cook for dinner. There was no time to think! I am lucky to have a husband who does everything and cooks more often than me!

Once, I was starting a class and my oldest son was refusing to do the homework and complaining about having more work now than he used to, while the other one was jumping behind me and the youngest screaming and wanting to get on the screen, so I gave in and taught the class with her on my lap.

I’m a private person and I didn’t enjoy being observed at home, but it actually ended up being a positive because the students online realised that teachers are normal people who have kids that throw a tantrum and have their own problems. Something else positive I took from the experience is that in some cases I managed to be closer to some students, helping with homework from more subjects and giving them security so they were able to meet their goals and finish the tasks that teachers considered priority.

Without teachers as key workers, children would be lost

The biggest concern must be with the children and many of them lost their support system when they stopped going to school. Therefore, teachers were a fundamental part of the pandemic response. I have never experimented so much in my career.

When schools first closed, teachers had to figure out how we could assure communication with most of the students. Once we finished organising the online teaching for those who had means to use it, we had to think about those who hadn’t. So, the homework was not only published on the Internet, but it was also sent in the bundle of papers along with all the contents given in online lessons. There were also lessons through the TV to all Portuguese pupils, but the fundamental work came from schools. We had to give them context, we had to figure out how to do our job outside of school.

Going back to school

I am determined to keep on learning – to do more training in the special needs education area, to know more, and overall, to help my students. My job is continually changing, because the programmes are always adapting and being remodelled, the legislation is also being updated and the school reality is always changing, so I feel I need to have more training in order to be able to better respond to this new reality.

I’d like to be able to devote more time to training in how to support students through their personal problems, like demotivation for learning, communication difficulties and emotional ups and downs, which sometimes get in the way of their daily life and can lead students to become depressed.

I wish to keep on making a difference and I believe in schools that are true to their values rather than those which simply “say” they are inclusive, but still discriminate. I believe in a school that assumes students are unique individuals and that treats them in an honest and authentic way. 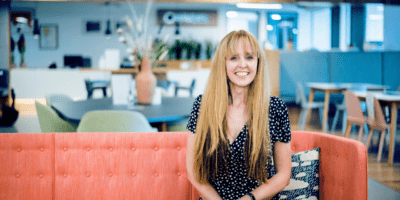 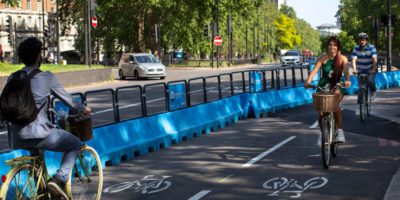 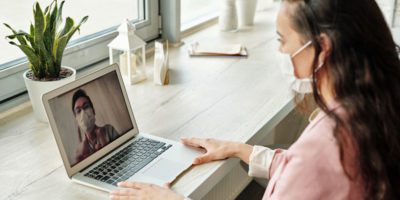 Why digital skills are key in a post-COVID future: Hats off to the IT professionals keeping us working throughout lockdown – Jenna Griffin, Policy Programme Manager at BCS