You are currently reading Issue 135: Women of Colour, January 2022
Skip to content 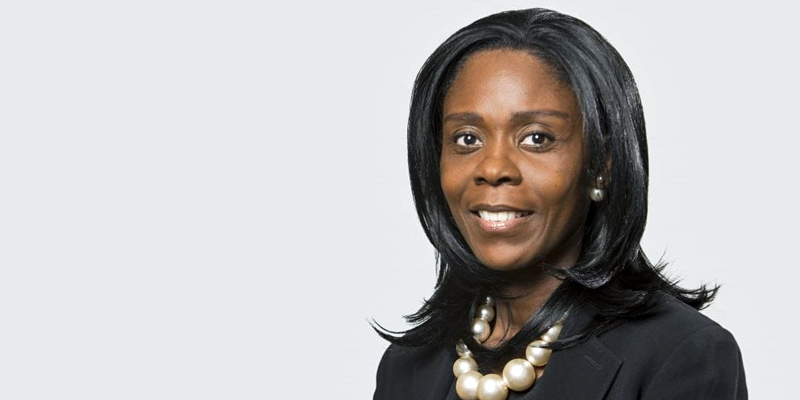 Barbara Mills QC is a barrister at 4PB, the largest family law barristers’ chambers in London and UK. She is a specialist family practitioner with an emphasis on cases involving children, and she is regularly instructed by local authorities and guardians in complex care proceedings. Barbara is co-chair of the Bar Council’s Race Working Group.

“The Bar needs to reflect the society it serves…”

The first half of my childhood and education was in Ghana where I attended the Ghana International School. I completed my secondary education at the Rickmansworth Masonic School where I was a boarder thanks to being awarded an assisted place.

I then completed my law degree at the University of Hull between 1986 and 1989. I returned to London and attended Bar School in 1989-90. I secured a pupillage during my Bar School year at the set where I still practice and secured my tenancy during my pupillage. All very straightforward and traditional.

I have always practised exclusively in family and in the last 20 or so focused and specialised in difficult, complex and sensitive cases concerning children. My work primarily involves high conflict cases featuring allegations of serious abuse and parental alienation representing parents often where the outcome has life-changing consequences.

I am also instructed in cases where a parent faces the prospect of a child moving to another part of the world. My practice is based in London, mainly in the Family Division and the Central Family Court. When I am not in court, I am heavily engaged in advisory work and preparing cases.

I am committed to non-court solutions and have established a successful mediation practice. I receive referrals from High Court judges, QCs and other professional colleagues.

I am a fellow of the IAFL (the International Academy of Family Lawyers) and I receive requests for urgent advice from lawyers across the world.

I have been a Recorder, part-time judge sitting at the circuit judge level, for about 10 years. I have been an arbitrator since 2016. I am a Governing Bencher at the Inner Temple (one of four Inns of Court, the professional associations for barristers in England and Wales).

I, together with Michael Edwards, edit the International Family Law Journal.

As you can see, I have a number of different strands to my work life which keep me busy, engaged and always interested in whatever I am doing at my desk. I feel very fortunate as I recap all that I do!

I took Silk on 16th March 2020 – literally a week before the first lockdown. It was an interesting and challenging time. Often when one takes silk, there is the expectation that there will be a dip in the work as you transition from being a senior junior to a silk, so the world as we know it coming to such an abrupt halt, raised some fear and a worry about what my working life would be.

I need not have worried. The slowdown in work never happened. Yes, there was a downturn in court hearings as cases were initially removed from the diary and we all flapped around a bit, but this lasted no more than a couple of weeks. Within a few weeks, the family justice system began to adapt itself to telephone then hearings using various online platforms which allowed parties to see and be seen.

So, the anticipated drop in the volume of cases never happened for me. What was a huge change was only working from home. I have always been someone who reserves heavy preparation of cases to working from my study at home but there was always a reason to leave the study and commute into town: court,  meetings and conferences with clients. It soon became clear to me that I needed to have a schedule for working at home that brought in proper breaks and downtime.

The temptation to keep on working was huge. I love walking and actually soon began to miss the commute into chambers. I therefore introduced a walk at the beginning and end of the working day which mimicked the commute and has been invaluable.

The best thing about working during these sometimes-odd COVID times is the rediscovery of the need to place greater emphasis on wellbeing, taking breaks and finding balance.

You only have to look at the Bar Council website and the websites of most of the Inns to see that the issues around equality, diversity and inclusion have been taken seriously for a while now. However, things changed in the aftermath of a number of racially motivated events. Those events re-ignited the debate on racial disparities and inequalities that still pervade our society and the urgency for a need for action became plain and obvious.

In June 2020, the Bar Council set up its Race Working Group (RWG) and appointed Simon Regis (deputy director at the Government Legal Department), and myself to be its co-chairs. The group focus is unique in that it has representatives from all of the Bar’s stakeholders as race-based networks and initiatives. We have met roughly once a month since June 2020.

Our task falls into the following four broad areas as it affects the Black and Brown community of lawyers at the Bar:

Race at the Bar

On the 5th November 2021, the RWG launched its report: Race at the Bar: A Snapshot Report. 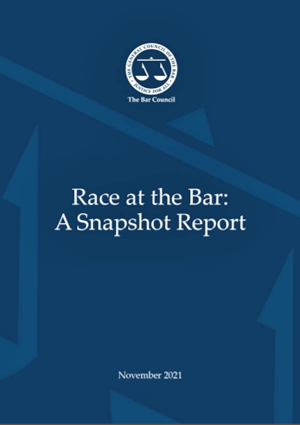 The report was commissioned to produce a set of recommendations for the Bar Council and Bar-based stakeholders to tackle race inequality at the Bar. It follows in the wake of numerous accounts over the last 18 months that have provided further evidence of the barriers that barristers from ethnic minority backgrounds, and especially Black and Asian women, face in building and progressing a rewarding career at the Bar.

The report is the first of its kind – because of the themes and issues it covers (retention, access, culture etc.)  in one report and because the research was based on an intersectional approach.

Previous studies tend to look at either gender or race, and most research does not drill into the ‘Black Asian and Minority Ethnic’ category in detail – whereas we have looked in detail at the differences between barristers from different ethnic minority backgrounds, not just one homogenous group (i.e., all Black people; all women).

The report, which focuses on the practical ways in which the Bar can begin to tackle the under representation of Black and Brown talent, also collates and presents the latest evidence on race at the Bar in one document. As such, it is extensive and this article does not purport to replace the report, and readers are encouraged to consider, disseminate, and ultimately apply its recommendations in full, wherever applicable.

The report has six key findings. These findings are:

Its key takeaways — things that we as members of the Bar can do better in ensuring we remove the systematic obstacles many barristers from ethnic minority communities face in building sustainable careers involve: (i) target setting; (ii) monitoring progress; and (iii) taking meaningful action.

The report shows the way we might tackle some of these findings by providing the Bar and its stakeholders with 23 detailed recommendations which will lead to change in all four of the areas the RWG was tasked to look at, namely the Culture of the Bar (its way of life), Access (who gets in); Retention (who stays in) and Progression (who thrives and becomes leaders)

I am keen to emphasize that people should read the whole report not just its executive summary. As a report steeped in data and supplemented by personal insights and lived experience of members of the profession, it provides incontrovertible evidence, if this is still required, that there are systemic failures within the profession.

There is no need for more deep diving in the name of further research — there is no need to search further for more information. There is even less reason to simply discuss the issue. We are in a crisis, especially in senior leadership roles and entry into the judiciary. The Bar needs to reflect the society it serves, and it doesn’t – so the time for action is now.

The importance of representing and reflecting society

If the Bar truly represents/reflects the society it serves then public trust and confidence would increase. It would also help to challenge prejudice, stereotypes and bias that exist in the justice system and society.

People from different backgrounds bring rich, new and different knowledge, ideas and experiences. If the existing structural barriers and obstacles are removed – there is a better chance for talented individuals to take the (meritocratic?) opportunity for pupillage, employment and career progression.

Inclusion initiatives at the Bar Council

At the Bar Council the following inclusion initiatives are in place: 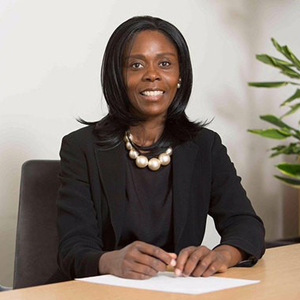 We have much work to do on the RWG, but the whole group is focused on bringing about much-needed change in the very near future. Our expectation is that Chambers and other Bar-based stakeholders, using their own and other available data, will consult on, identify, and formulate goals or targets to improve diversity within the areas of the law in which they operate. They will then take positive action using toolkits and other guidance produced by the Bar Council to achieve those goals.

In our view, we should be focusing our attention on seven key areas:

The RWG believes that the Bar’s culture is dynamic and can evolve, and so that part of achieving change is:

We intend to engage with stakeholders with a view to reporting on progress in the autumn of 2022.

On a personal note, and COVID rules permitting, I am looking forward to a few more walking holidays and the chance to explore England’s fabulous coastline. 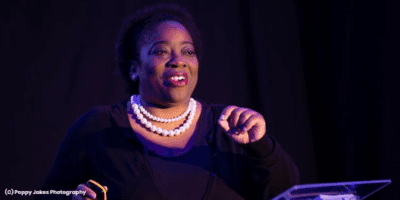