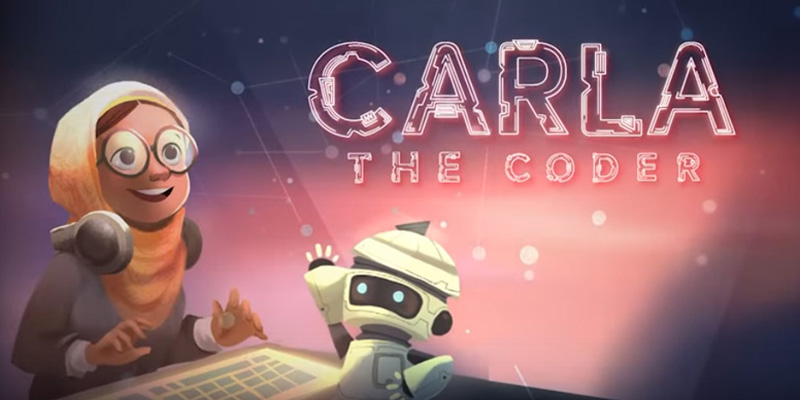 Kat Encanto is a creative leader who likes making things that people care about. In the last 11 years, she’s worked in the Philippines, Italy, Thailand, and the UK. Currently she works in the creative department of MullenLowe London, a full service integrated advertising agency, where she creates campaigns for Sloggi, Unilever, and a few causes close to her heart.

“…Creativity helps to move gender balance forward because the path to progress is not clear-cut. There will be good days, and there will be setbacks that make it seem so impossible. It takes imagination to create steps forward when there doesn’t seem to be any…”

As a child, I loved making up stories. I would play a lot of make-believe where I would pretend to be a soldier, an astronaut or a Ninja Turtle. I was also editor-in-chief at the age of ten, running a publication called The Encanto Times with my parents and two sisters.

I saw advertising as a place to keep on creating stories. My favourite part of the job is thinking of ideas that people might care about, and that often requires putting myself in their shoes, which is different for every brief. At its best, advertising can affect culture, and I find a sense of purpose in creating work that could contribute positively to that.

I like to start my day thinking about possibilities. Depending on what stage our work is in, this might mean mining unexpected insights, developing powerful ideas from them, or crafting the work so they become something people can’t ignore. Some days may involve client presentations, which let us share our ambition for the work. Some days may involve production, which means collaborating with amazing talent to bring our ideas to life.

Between all these, my partner EJ and I work closely with junior teams and offer guidance to unlock their thinking. We also meet up regularly with students to give advice on how they can improve their portfolios.

In 2016, our team at MullenLowe launched #RedrawTheBalance to shed light on just how early these gender stereotypes are ingrained. Through an art class in a primary school, we asked children to draw a surgeon, a firefighter and a pilot. Out of 66 drawings, 61 were drawn as men, and only five were drawn as women. This confirmed an amazing fact that gender stereotypes are defined between five and seven years of age.

The film caught the attention of millions, kick-starting a conversation about gender bias. But we also wanted to tackle how this is formed in the first place. So, we followed this up with a second campaign that highlighted the lack of female role models in animated films. When women do appear in them, they play the role of a victim or a sidekick, which reinforces ideas that women need to be saved and are incapable of leading and succeeding.

Since we couldn’t find any inspiring female characters in these films, we created our own with the help of female artists all over the world, and we launched them like upcoming films, through posters and trailers. 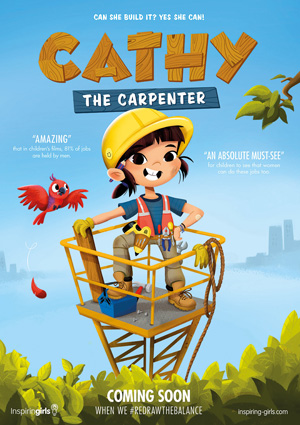 So far, we’ve seen some positive responses to #RedrawTheBalance. Artists from the Philippines to the US have joined the campaign, creating their own characters. We were also pleased to hear that our work inspired the NHS to conduct their own research about gender stereotypes in healthcare roles. The film has been translated into several languages, and has been recreated by the United Nations, as well as schools and homes worldwide.

Creativity helps to move gender balance forward because the path to progress is not clear-cut. There will be good days, and there will be setbacks that make it seem so impossible. It takes imagination to create steps forward when there doesn’t seem to be any.

It also helps to recognise that people have their own subjective views on gender equality, and it’s difficult to get them on board for mere logical reasons and without what could move them to do so. It’s  one thing to tell people why they should take part in something, but it takes a messier, less scientific approach to make them feel why. Somehow I feel people respond more to the latter.

Challenging the myth that there’s girls’ jobs and boys’ jobs

One way we could challenge myths about girls’ jobs and boys’ jobs is through fairer representation on screen and in real life. At a time when children find a lot of their role models through media, it’s necessary to  show them characters and story lines that break these stereotypes.

It might also be worth exposing how something that appears so innocent can actually be so damaging. These stereotypes are ingrained from childhood, and can limit both girls and boys of all that they could become. That can cause all sorts of problems, from mental health to a lack of diversity in the workforce.

Stereotypes also affect how we relate to people, and can become unsubstantiated reasons for injustice, fear, and in more extreme cases, hate. We don’t need to look too far to realise how grave the effects could be. 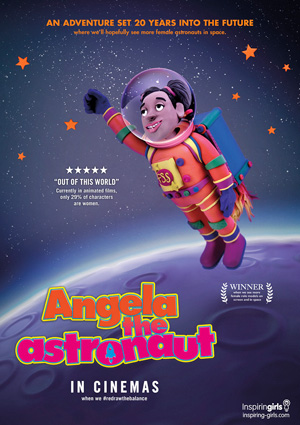 I’m a female creative working in an industry where women make up only 29% of creative departments, and there is a need to hire more women and redraw the balance. For any industry that prides itself on originality, this lack of diversity can be a problem. We can’t expect to produce the best work if everyone thinks the same way. It also means we are missing out on fresh narratives that could resonate with people simply because we don’t have enough authentic female voices behind the scenes.

There’s no need for female creators to feel helpless either. It’s important to show up and make people aware of what women can bring to the table.

Going against defeatism and getting heard

I receive some of the best advice from books, which aren’t specifically about being a woman in a male dominated industry. I think Rebecca Solnit summed it up well when she said that: “who is heard and who is not defines the status quo”. It goes against defeatism and instead draws attention to what can be done.

On the horizon for me and MullenLowe

Our ambition at MullenLowe is to give our brands an unfair share of attention. To me, that requires taking bolder leaps into the dark. We can’t calculate if people will care, but we can imagine and feel how they might. We’re always working on ideas with this in mind.