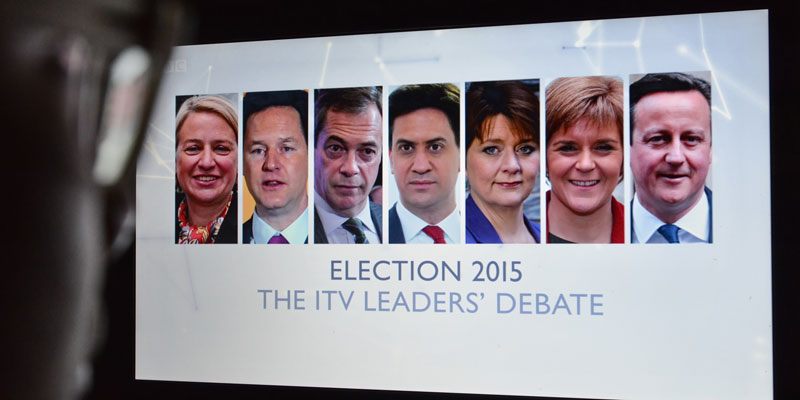 Dr. Emily Harmer is a Research Associate for the Communication Research Centre in the social sciences department at Loughborough University. After completing her Ph.D. in the department, Emily was appointed to work on a Leverhulme Trust funded project analysing continuities and changes in the press reporting of British general elections between 1918 and 2010. She is particularly interested in the relationships between media, politics and gender and the historical development of these relationships.

On 20th April 2015, researchers at Loughborough University released research showing that women are vastly under-represented in coverage of the general election. They are tracking coverage week by week and in their latest report they have found that yet again female MPs are receiving significantly less coverage than their male counterparts, with 86% of politicians featured in election coverage so far being male.

Why aren’t women taking up a higher proportion of coverage?

Given the fact that during this election some of the main party leaders who have been involved in the debate have been women leaders, we might expect to see women taking up a higher proportion of the coverage than in previous elections.

Despite there being three female party leaders, coverage of women remains low

When we start to look at the different categories of women, only 14.3% of all politicians are women in the coverage. Despite there being three female party leaders [Nicola Sturgeon, Natalie Bennett and Leanne Wood], a female deputy leader and several senior female MPs, coverage of women in the election remains markedly below that of their male counterparts.

There has been a slight improvement on previous election coverage, where the percentage presentation of women was even lower, but considering the significant role of women in the election it is still a major issue.

In several instance, the wives and partners of MPs have gained more exposure than leading female politicians. For example, in our first sample week, Samantha Cameron gained more column space and air time than either Leanne Wood of Plaid Cymru or Natalie Bennett of the Greens.

If we go back to the 2001 campaign, we see that women overall were represented as 15% of the individuals and this has been fairly consistent throughout 2005 and 2010. The fact that women are accounting for 19% of all individuals is an increase on the last three election campaigns.

The team’s methodology, full weekly reports and further analysis can be found at the University’s General Election 2015 web page.