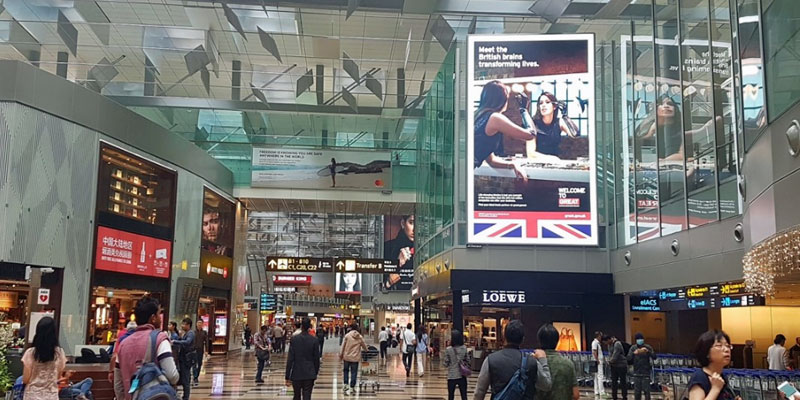 Joanna Roper started her career in the Home Office and joined the Foreign and Commonwealth Office (FCO) in 2001 and she is currently the Acting Director General for the Department for International Trade at the British Embassy in Beijing. Prior to that she was the FCO Director for Consular Services, and has served in Tokyo and Islamabad. Whilst in London, she was formerly Head of the FCO’s China Department and spent a number of years working on national security issues, having been awarded a CMG in the Queen’s Birthday Honours in 2016.

“…It’s therefore important not to assume that because you’re a woman that you shouldn’t be able to pursue your objectives, whatever they may be. We recently held an event entitled Dangerous Women to make that exact point!..”

During my career, I’ve worked in the Home Office, Foreign Office and am now seconded into the Department for International Trade. I’ve worked on a range of types of work from foreign policy to front line delivery, and I think that having worked in three Government departments is a real strength.

The role I’m working on at the moment is overseeing the Trade and Investment side of our work in Beijing. It’s a key area because we already work closely with the Chinese on trade and want to increase exports from the UK, as well as to encourage Chinese investment into the UK. 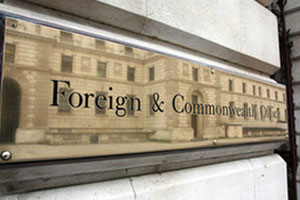 Prior to this, I was the Director for Consular and Crisis in the Foreign Office, a role that carries a huge amount of responsibility to help British nationals who find themselves in difficulties overseas. That could be anything from losing a passport to finding themselves in hospital, or it could mean helping people out in times of crisis, whether it’s a natural disaster or a terrorist attack.

That type of that role is incredibly unpredictable and we dealt with an exceptional number of crises in 2015 – you’ll remember the earthquake in Nepal and the just awful events in June 2015 on the beach in Tunisia. That required a whole of Government response. There is a brilliant team of over 700 people around the world who are very committed and dedicated – they want to help people in their hour of need.

I’ve also worked as the Head of China Department in the Foreign Office in London, and before that I was a Political Counsellor in Islamabad. I worked in national security and counter terrorism for a number of years, and was head of press and public diplomacy in Tokyo, which was a brilliant job – lots of promoting the UK’s creativity and trying to shake off the more traditional perception that people have of us.

Variety of opportunity in the Civil Service

I joined the Civil Service because, like many others in the public sector, I wanted to make a difference and to serve our country in the best way that I can. It’s been a huge motivator for me to do jobs that really count and make a difference for British people around the world.

Where else can you get such an amazing variety of roles and in terms of countries we interact with as in the Civil Service, and the Foreign Office in particular? If I look back at my career, it’s been everything from classic foreign policy to front line delivery helping out British people, and now on trade. I’ve worked in countries that really matter too. I love that variety.

My current role in China

On a day to day basis, my role involves heading up a team of 170 people in our five locations around China. The teams have challenging targets to meet on exports of UK goods and services to China and for investment into the UK from Chinese businesses and state-owned enterprises.

There’s a very practical focus to the work, but there’s also lots of thinking that we need to be doing alongside other colleagues in Government in London and elsewhere, and we work to help improve the business environment for companies looking to do business in and with China. This could be policy issues such as market access or the regulatory environment that stops business from flourishing as much as it could.

At the same time, I’m chair of our women’s association – FCO Women. We’re a large and active staff association – over 600 members at last count – supporting women throughout their careers in the FCO. We have had some fantastic speakers and events, from role models to speed mentoring, to Olympians, members of Parliament and the highlight for me was interviewing former US Secretary of State, Madeleine Albright.

I want FCO Women to inspire and motivate our members, and help them reach the peak of their potential in their career, while juggling family and home life too.

The importance of remaining calm under pressure

Civil servants work for Ministers, and what Ministers want from civil servants is to know that their work is on track, has been properly thought through, and is being implemented and executed in the appropriate way. Having that ability to exude calm and control is a really important part of being civil servant, particularly at the higher grades.

I saw that acutely, for example when I was sitting in COBR [Cabinet Office Briefing Room] – the emergency meetings chaired by the Prime Minister and other Ministers – and when they needed to know that we had the crisis response under control, and that we were doing everything we could to help British nationals who’d been caught up in events. To remain calm, to project ‘grip’, and to know how to work the government machine to deliver what is expected are key skills for a civil servant.

Gone are the days of paper pushing, and while there are still procedures to follow – we’re using public money so we need to ensure it’s spent wisely – public sector policy making and programme spend is very much focused on outcomes and the impacts they have on people’s lives.

I’ve worked overseas in three places now – in Japan, in Pakistan, and now in China. I’ve also visited a lot of other countries as well. Part of the skill of working as a diplomat is to be able to understand the cultural environment in which you’re operating, but to not lose sight of the fact that you’re also representing the Government; that you carry importance, gravitas and status.

It’s therefore important not to assume that because you’re a woman that you shouldn’t be able to pursue your objectives, whatever they may be. We recently held an event entitled Dangerous Women to make that exact point! Women who have worked in Kabul, Sanaa in Yemen, journalists in conflict zones and others came together to talk more about their experiences in difficult regions.  Unsurprisingly, it was really popular!

In Pakistan, if I went out of the diplomatic compound, I made sure that I was always dressed appropriately but I never felt that I wasn’t able to do my job. Similarly, in Japan as head of the Embassy press section I had very good access to those in senior roles.

The Foreign Office is about understanding the environment in which we’re working. Of course, there are some environments where it’s much harder to operate as a woman, but given that it was only in the 1970s that women had to resign from the diplomatic service on marriage, and our first female Ambassador was appointed only 40 years ago, we’re now catching up. We have women as Heads of Mission in some 50 Posts today and we’ve seen women heading up our Missions in Afghanistan, China, Yemen, as well as Australia, Zimbabwe, our delegation to NATO, and many more.

This year is a big year for Government. Her Majesty’s Government does a huge amount to improve the lives of women and girls around the world – everything from supporting efforts to seeing an end to FGM [female genital mutilation] within a generation, to improving access to education for girls around the world, to preventing forced marriage and supporting those who have been forced into marriage against their will.

We’re a leading force in the women, peace and security agenda at the UN and the Education Secretary, Justine Greening, sits on their High Level Panel for the Economic Empowerment of Women. The Foreign Office has established itself as a leader in addressing sexual violence in conflict, under former Foreign Secretary, William Hague, with UN Special Envoy, Angelina Jolie. And we’re still tackling stigma around the world that arises as a result of sexual violence. The Foreign Secretary will be hosting a reception on 27th February to set out his commitment to this agenda.

Linked to this, we will be joining with DFID (the Department for International Development) celebrating International Women’s Day. We do this every year and make sure it’s a real fixture on our public diplomacy calendar. There will be a whole range of speakers and events taking place in London, and we’re developing a toolkit to help colleagues at posts around the world deliver an International Women’s Day event where they are too.

There’s a great deal that we do, both domestically and internationally, on this agenda and I think this year will see a real step up in our international engagement. I think this is hugely important – never more so now that the UK has voted to withdraw from the EU. But we are not withdrawing from the world. We have to remember that we are still a member of the UN Security Council, the G7 and the G20, NATO and the Commonwealth.

We’re open for business, and offer a highly conducive business environment, and we want the strongest economic links to our European partners as well as other countries around the world. We’re committed to peace and security, and want to be as active on the global stage as ever before: engaged internationally, leading and influencing in areas that are important and that includes our work on gender equality.