You are currently reading Issue 42: Women in Law, October 2015
Skip to content 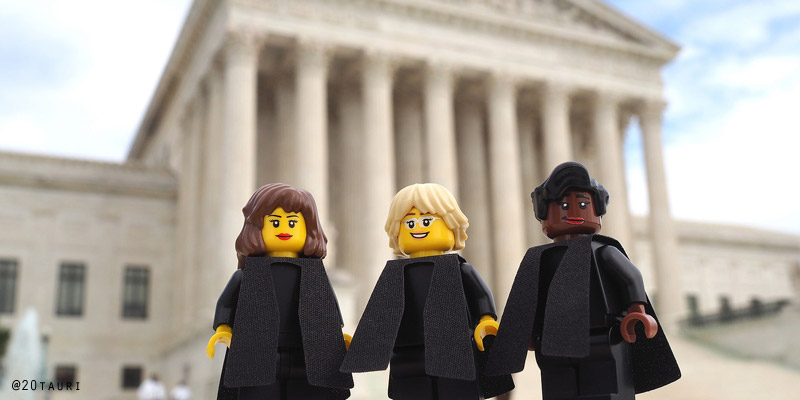 Maia Weinstock is an editor, writer, and producer of science and children’s media. She is the deputy editor at MIT News, the news office of the Massachusetts Institute of Technology. Maia is a strong advocate for girls and women, particularly in the areas of science, technology, politics, and athletics, who is internationally known for her LEGO projects including Scitweeps, a collection of scientist minifigures, and the Legal Justice League, a set featuring the women of the US Supreme Court.

Maia, please can you tell us about your career to date and what got you interested in acting as women’s advocate in STEM, politics and athletics?

I had a difficult time deciding what to focus on for a career path; at various points during my undergraduate studies, I considered going into scientific research, design, teaching, and finally journalism / science communication. I ended up choosing the latter because it afforded me the opportunity to learn about and share stories relating to new science and to the people who make science happen in many different areas.

I have flitted back and forth between writing and editing content for children and for adults, and my work has sometimes crossed over into more artistic realms; I’ve been everything from a straight-up reporter to a co-creator of animated videos to an essayist to a production editor to a daily news editor. I’ve also infused my professional work with cultural musings and artistic endeavours whenever possible.

I realised at an early age that women and men are treated differently in our culture, so I have long been interested in issues of gender and equality. In my career I have tried very hard to highlight women’s careers when possible, both as a way to give often overlooked women their due, but also as a way to provide positive role models for girls – as well as an understanding for boys that women belong in the STEM, political, and athletic realms.

What are some of your previous projects?

In the past few years I’ve spent quite a bit of time on a photography project I call LEGO Scitweeps. I create custom minifigures of actual scientists, engineers, and STEM popularisers from existing LEGO parts. One project that came from this was a stop-motion LEGO video I made of the TED talk that my friend, scientist Carolyn Porco, gave about the Cassini mission to Saturn.

I also branched out this year to government, and my Legal Justice League set featuring the first four female justices of the US Supreme Court turned out to be quite popular. I’ve also been writing about LEGO and toys generally, and how they can better represent minorities and women in the toy aisle. 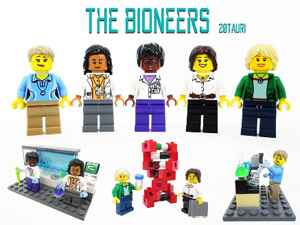 This year I have two projects on the LEGO Ideas site: the Legal Justice Team, a version of the Supreme Court set with generic justices, and the Bioneers, a set featuring five pioneering biological engineers. If either of these gets 10,000 votes from the public, LEGO will consider selling it in stores.

Aside from LEGO, I’ve spent quite a bit of time as a Wikipedia editor, not only working on articles about women in STEM but also teaching others how to do this on their own at workshops called edit-a-thons. I organised the first Ada Lovelace Day-themed edit-a-thon in the US and I help run the local group of Wikimedians in the Boston area.

I also enjoy photography and in my free time have been working on a documentary film about a human-computer interaction researcher, Cathy Wolf, who has been living with Amyotrophic lateral sclerosis (ALS) for nearly 20 years.

What first got you involved with Lego and please can you explain about your current project?

I started working on the LEGO Scitweeps project in 2009 after I saw a minifigure of Ada Lovelace that someone else had created. I wanted to do something similar for living scientists because so few people can actually name a living scientist, and I thought it would be a fun thing to try despite my not having played with LEGO since I was a kid.

I decided to design some STEM “action figures” in LEGO that would be connected with the individuals’ Twitter handles in some way, so that people could potentially connect with them and follow them through that medium. I started with planetary scientist Carolyn Porco and went from there. And I not only make the minifigures, but if I ever have an opportunity to meet the scientist in question, I give him or her a copy as a gift.

The Legal Justice League set that made the rounds on social media in the spring was a random idea for the LEGO Ideas contest, in which the company crowdsources ideas for new sets from fans. LEGO decided not to allow the set to compete due to the company’s prohibition against minifigures portraying current members of government, but my photos received a huge outpouring of positive feedback, and I’m thrilled that so many were touched by it.

I ended up submitting a generic version of the set to LEGO Ideas instead — the Legal Justice Team, which is the same as the original except the justices are not made in anyone’s likeness – and it’s doing quite well but still needs about 7,000 more votes to be considered for production.

What has the response been like so far and has it been from children or adults?! 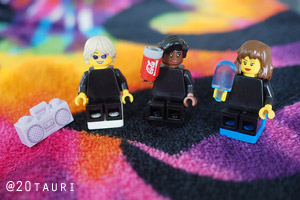 I mostly heard from adults in response to the original Legal Justice League set. But they were from all walks of life: Lawyers or relatives of lawyers; grandparents who wished they had such toys when they were young; parents who wanted to buy sets for all of their children’s friends; I heard from at least one state-level federal judge who loved the project; and I even spoke with some of the actual Supreme Court justices depicted in the set.

Why is it so important to normalise the idea of women in traditionally male led professions for children (both girls and boys)?

Normalising women as participants in all career paths is important because there do remain areas that are largely male dominated, and in many instances, the cultures within those fields can be difficult for women to navigate, often precisely because women are not seen as a usual part of them. 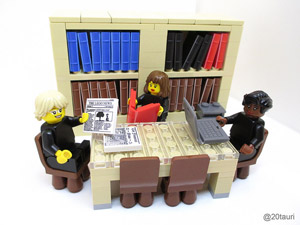 This includes the STEM fields, but of course many other fields suffer from gender imbalances as well: law is just one example of an area in the humanities where this is the case. I think it’s important for children to learn that they can go into whatever field interests them, rather than the fields that are prescribed by cultural norms. One way to encourage them is to provide visual images — whether in toys, books, cartoons, or other media — featuring women in traditionally male-led fields, and also featuring men in traditionally female-led fields.

How can our readers support?

If you’d like to support my projects on LEGO Ideas, take a few minutes to register and vote for the Legal Justice Team and / or the Bioneers! 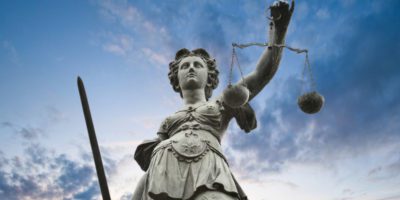 Why self-belief is key for women working in criminal law: Success comes to those who are brave enough to try – Grace Ononiwu OBE, Chief Crown Prosecutor for the West Midlands Region 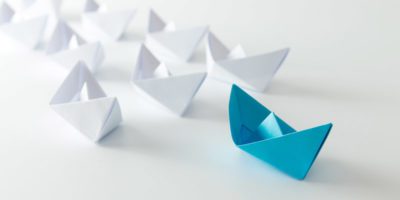 Building intelligent networks and meeting people who are positive about my aspirations – Elena Ursache, Solicitor at the Competition and Markets Authority 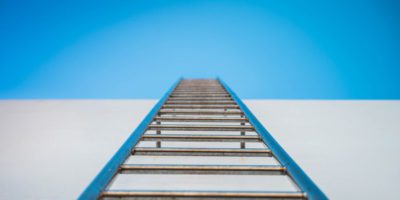 Careers for women in the law: If you don’t ask, you don’t get – Natalie Rodgers, Director of Scala