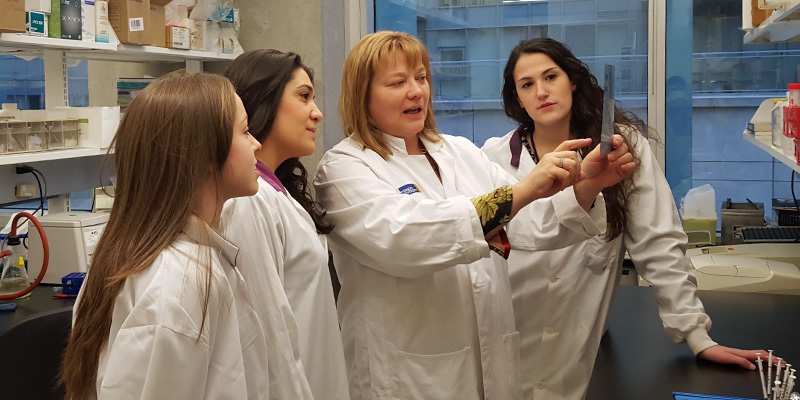 Dr. Imogen Coe is a cell biologist and the founding dean of the Faculty of Science at Ryseson University in Toronto. She studied biology at the University of Exeter, followed by gaining her biology Ph.D. at the University of Victoria in British Columbia, Canada. She completed postdoctoral fellowships in San Francisco (UCSF), Edmonton, (University of Alberta) before moving to Ontario where she spent 15 years at York University before being recruited to Ryerson in 2012.

Imogen is organising the first ever Soapbox Science in Canada, which takes place on Saturday 13thMay 2017 at 11am at Yonge-Dundas Square in downtown Toronto.

I have always had an interest in the natural world so pursuing education in the life sciences was a natural pathway for me to pursue. I never wanted to stop learning about biology and so I stayed in school, earned my graduate degrees and continued as an academic researcher. I have been very fortunate to be able to pursue my interests in this way.

Today, being a dean is a bit like being the CEO of a multi-million dollar enterprise where I am responsible for keeping all the parts working and making sure we are achieving our core mission, which is to deliver top notch science education and support excellent research in science.

I have a lot of meetings with faculty members, with other members of the university, with outside partners interested in what we are doing and with members of my team to make sure that the financial and communications pieces are working smoothly, that curricular development is going ahead and that research activity is fully supported and facilitated. And then I also have my research lab which I try to stay in touch with on a regular basis every week. I am very busy!

I have always been a strong advocate in support of the recruitment, retention and promotion of women in science. I had noticed this interesting event, Soapbox Science, that was taking place in the UK and have followed the progress of the initiative as it has grown.

A couple of years ago, I decided that this was an excellent initiative to bring to Canada to help promote and normalise the idea that women – lots of women – do science in Canada. While we have some programmes that highlight women in science – we don’t have anything that brings that message to the street. Ryerson University – in the heart of the downtown of Canada’s biggest city – is a natural venue and launch pad for the programme here in Canada.

Science is for everyone!

We have professors from across eastern Canada coming to Toronto to talk about various kinds of science, from studying the environment including the Great Lakes, which is where Toronto is located to talking about disease and new treatments, as well evolution and microbes. There is something for everyone.

They have been preparing by coming together (either actually or virtually – since Canada is a huge country) and working on their presentation skills with the help of the materials from Soapbox Science and my good friend, Canadian performer, Rick Miller. 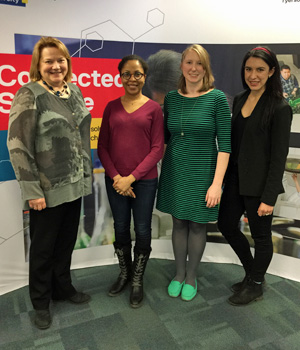 Events like Soapbox Science are so important because they connect science to the public. They bring science to the street and out of the universities and research institutes. They normalise science and make it accessible to everyone. And by having female scientists present the materials, these events show people that lots of very ordinary women of all ages and backgrounds are doing all sorts of science – and excelling at it.

Soapbox Science presenters provide opportunities for young girls to see themselves reflected and visualise potential career path ahead of themselves.

Breaking the pervasive cycle of cultural conditioning and gender stereotyping

There are some very similar challenges to women in science around the world. The systemic institutional bias against women and under-represented minorities (for instance, men of colour) is similar in many countries and the cultural conditioning and gender stereotyping is still very pervasive.

Obviously, some places are worse than others. I would say that places like Canada, the US, the UK and Australia have similar challenges in terms of not attracting and retaining women to science. However, Canada has not yet caught up with these other countries in terms of the level of awareness of the barriers to full inclusivity in science and the mechanisms leading to institutional change that are required.

Time for Athena SWAN or SAGE to come to Canada?

I’ve been advocating to bring Athena SWAN or an Athena SWAN-like programme to Canada for many years now. Canada would probably be better suited to the SAGE model that Australia has adopted because we are also a federation with significant regional autonomies.

While there is a growing awareness that we need to do something about equity in science (thanks in large part to the relentless advocacy of our Minister of Science, Kirsty Duncan). The universities are quite resistant to change and I think there are some fundamental issues relating to a lack of awareness about systemic bias and a refusal to accept that it is a real problem.

I regularly hear stories from the trenches suggesting that many people (scientists) in universities do not believe that systemic barriers exist and that women “choose” not to pursue science, or simply can’t handle the pressures or similar types of nonsense.

We need a significant awareness raising and some honest self-reflection by a lot of men (and some women) in science in Canada in order to get something like an Athena SWAN type programme going. Science in Canada would certainly be better off as a result.

So, I remain optimistic and determined to see some sort of national strategy around equity, diversity and inclusivity in STEM be implemented in Canada.

Well, it has been a huge amount of work to bring Soapbox Science to North America – so after our first event, we will probably take a break and celebrate. Then I really want to support our presenters as they return to their home institutions and roll out the programming at their local institutions.

Canada is a huge country so it can be hard to stay connected and support activities that are thousands of miles away, but we want to see Soapbox Science be a national event. We’ve been active in bringing Ada Lovelace Day to Canada and I’m also bringing International Women in Engineering Day here – which is a new event that was unknown.

Ryerson University is totally committed to equity, diversity and inclusivity (EDI) in all aspects of its activities so I am very fortunate and grateful to have an employer who totally “gets” it. I hope we can continue to present the Faculty of Science at Ryerson University as the national leader for EDI in STEM in Canada. 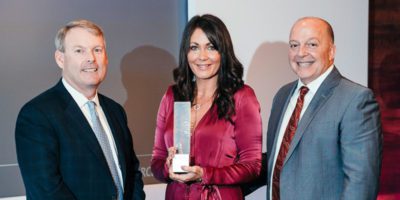 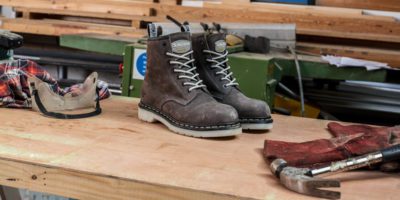 Womanthology partners with Dr. Martens to celebrate the launch of its industry collection, specifically designed for women. We’re searching for three Dr. Martens Industrial Champions. Is this you? 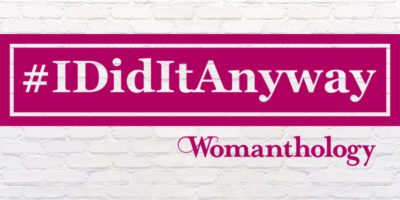