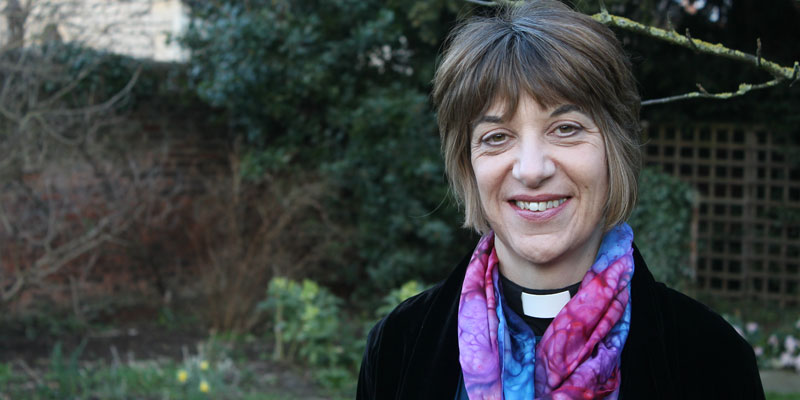 Rachel Treweek is the bishop designate for Gloucester and she comes to the diocese having served previously in a number of other ministries, including her current role as Archdeacon of Hackney. Before ordination she trained as a Speech and Language Therapist, a role she practised for more than six years, during which time she became interested in family dynamics and trained in ‘Couples and Family Therapy’. She is married to Guy who is currently priest in charge of two parishes in the City of London.

Overwhelming feeling is one of excitement

Hello, I’m Rachel Treweek, currently the Archdeacon of Hackney in the Diocese of London. It is an immense joy and privilege to be appointed as the Bishop of Gloucester. I am surprised and, I have to admit, even a little daunted by the prospect, but my overwhelming feeling is one of excitement. I’m greatly looking forward to meeting you, listening to you and us getting to know each other.

Connecting with people, wherever they are and whatever their concerns

It will be my privilege to work with churches as we connect with people, wherever they are and whatever their concerns. My calling to the role of bishop has been shaped by human encounter. I believe profoundly that relationship is at the heart of who God is. I have been with people through the joys and pains of their lives and it is these experiences that I will reflect upon as I take up this new role.

I’m looking forward to finding out what’s currently going on in churches, chaplaincies and the many places of people’s daily lives throughout Gloucestershire and the surrounding areas. I have much to learn and hopefully much to offer too.

What others are saying –

“I congratulate Rachel on her nomination as Bishop of Gloucester. She is an exceptional priest whose leadership is well proven. She is both genuinely caring and deeply insightful. It has been an honour to serve alongside Rachel as Regional Representatives in the House of Bishops, and I rejoice that she takes her place there as of right.”

The Most Revd Desmond Tutu, emeritus Archbishop of Cape Town: