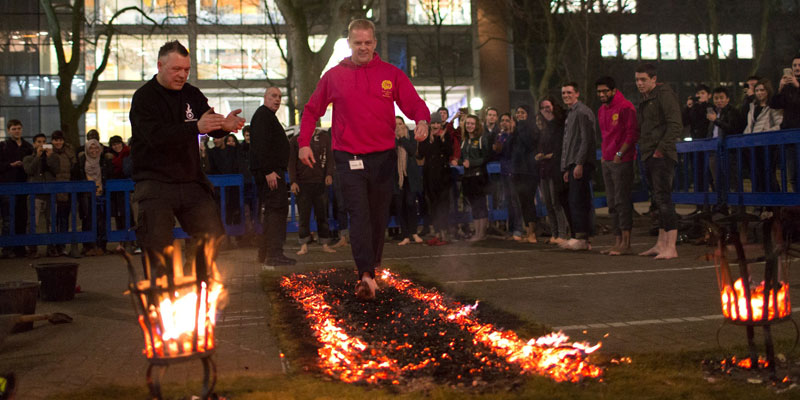 Professor Tom Welton is the Dean of the Faculty of Natural Sciences at Imperial College London. His research encompasses a range of activities, such as sourcing chemicals from renewable resources and / or making chemicals processes more efficient in energy and less wasteful in materials. One of the first public appearances he made as Dean was as he walked barefoot across burning embers at 500°C for charity.

“…I’ve never liked what I call The List. The list of gender, race, disability, sexual identity, socioeconomic background… People are people, not categories. You can’t be selectively inclusive. You either are or you’re not. Everyone gets to benefit from greater inclusivity…”

Tom, please can you tell us about your career to date and what first got you interested in science and specifically chemistry?

I grew up on a council estate in Hendon in north London wanting to join the RAF to fly fast jets. As a teenager this morphed into wanting to build them. To be an aeronautical engineer required that I take maths, physics and another science, so I picked chemistry.

It was at the beginning of A-level Chemistry being taught about the structure of atoms and molecules and rudimentary quantum mechanics that caught me. This was amazing stuff that I needed to know more about. I just haven’t yet got to the place where I think that I know enough, so I keep going.

Why are you so passionate about championing equality and diversity?

Unequal uniformity, besides being an oxymoron, has never struck me as something worth pursuing. It certainly isn’t going to be a recipe for the success of a chemistry department, or anything else for that matter. To be a great university we need to constantly attract the brightest and best to work and study here.

When they get here, we’d better support and help them into becoming the best that they can be if we want to succeed. Fortunately, that’s what they want too. So, achieving our ambitions as an institution and our staff and students achieving theirs is the same thing. Couple that with the simple idea that everyone deserves to be treated with respect, fairness and, all of us at some point, compassion and you set the stage on which equality and diversity can thrive.

How do we avoid confusing positive action with positive discrimination in science and ensure that men in academia feel engaged with diversity programmes rather than perceiving them as tokenistic?

I like to think of myself not so much even as a champion of equality and diversity, but more a champion of inclusion. I think that inclusivity is the most powerful tool that we have to help our institutions to be the best that they can be. Welcoming everyone and including them in building the future is all that is necessary.

I’ve never liked what I call The List. The list of gender, race, disability, sexual identity, socioeconomic background… People are people, not categories. You can’t be selectively inclusive. You either are or you’re not. Everyone gets to benefit from greater inclusivity.

Which is preferable in academia – a top down approach to diversity with the authority to get things done or a grassroots approach and how can we avoid hierarchies becoming a barrier to progress? 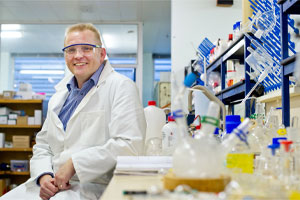 It is important that senior figures make it clear that they support greater diversity. It is important that those who are actually delivering the changes feel that support. In reality though it is the whole community that makes change happen. The changing of a culture happens in thousands of small acts.

When I was Head of the Department of Chemistry, it wasn’t me who made the changes that led to them achieving an Athena SWAN Gold award; it was them. My main role as Head of Department was to be encouraging to the people doing the hard work.

How can universities and departments get the most out of the Athena SWAN charter as a tool for driving change?

In one sense, an Athena SWAN award is a lump of plastic. It should not be an end to be chased for itself. Having said that, going through the exercise of applying for an award is a great way to focus people’s attention. The self-assessment process that forms part of the application is great for seeing where you are, and the need to produce an action plan reminds you that there is always something more that you can do.

You do need to be a bit careful though. I remember my colleague Tricia Hunt, who led our self-assessment teams for both of our applications fantastically, coming into my office one day saying that every time that they came up with something for the action plan, I would go ahead and do it and that they were running out of things to put in.

What are your tips for ‘going for gold’ with awards (as your department has a Gold award) and what is the competition like for the accolade of becoming the first Gold university?!

The tips question always makes me feel like a fraud. I don’t really have any great insights. Ask everyone what it is really like in your department, ask in lots of different ways. Some people prefer to write things down, others like a chat over coffee. It’s only when you know where you are that you can start to think about the steps necessary to get to where you want to be.

Think small. Grand gestures and policy pronouncements don’t get you very far. Imperceptible changes are not the same as insignificant ones; they can build up to make huge differences. Of course you will get things wrong. If you don’t you are probably not being adventurous enough. When you do, stop and try something else. Most of all, just keep at it.