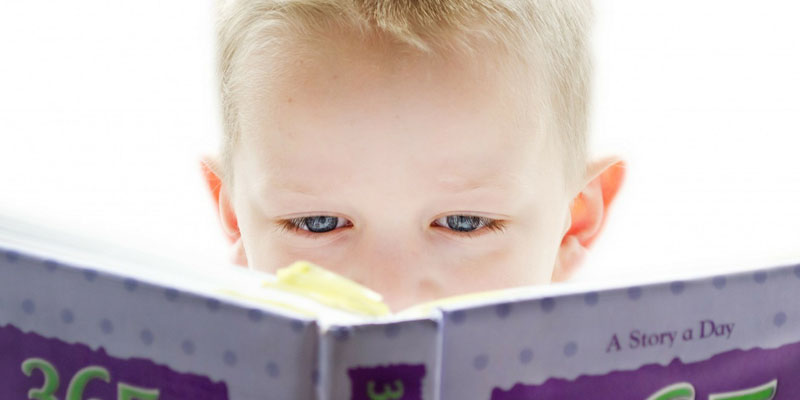 Eileen Washington is Chair of Trustees at Sandhill Primary Academy in Rotherham. Eileen is also a Senior Residential Social Worker, supporting adults with learning disabilities and she has been involved with Rawmarsh Sandhill Primary School since her children attended and she became a governor in 1987. Eileen became Chair of the school governing body in 2000, a position she held until the school converted to an academy, where she took up the role of chair of trustees.

“…This may be sentimental but I owe everything I have now to being involved in school… Without it I wouldn’t have gone on to college, never mind become a graduate of the Open University. I wouldn’t have gone to Northern College, met my now husband who supported me along with my mother to achieve what I have. I owe my role in school such a lot…”

Eileen, please can you tell us about your school governor / trustee roles and what first got you interested in helping out at your children’s school?

I became involved at Sandhill in 1984 – my eldest child was in nursery at the school. The local authority made the decision to reduce nursery places from 40 placed to 30. I became part of the Sandhill Nursery Action Group (SNAG), who campaigned against the cuts and highlighted the need for under 5 provision – we were ahead of our time it is called Sure Start now.

I was secretary of the action group. We went to Northern College in Barnsley to learn how to run our community group. We lost our fight to keep the places but we were now an organised group and opened up a toy library at school and became a member of the National Toy Library Association. This made me politically aware as well, we were a group of parents defending our children’s right to nursery education but came up against the politics of the local authority.

Due to my marriage ending and now a single parent, I had to go out to work first as a toy library coordinator in Maltby and then at Tarmac Homes as a reprographics assistant (which is what I did when I left school), but my role with the under fives movement in Rotherham meant I was asked by the educational psychologist if I would like to become a volunteer portage worker, working with children under five and with a learning disability in their homes to develop their independence.

I became a school governor in 1987 and also enrolled with the Open University – in 1995 I got my degree with honours.

In 1991 I was appointed as a care worker, supporting people with a learning disability in a respite setting. My role as portage worker helped with this role because it was all about developing their independence. The changes in 1993 Care in the Community Act brought about my new title – residential and community support officer (which is basically a residential social worker). I became a senior member of staff in 1997. Though I have recently taken flexi retirement I am still employed at the unit.

It was in 2000 when I became chair of governors that real change happened. I had a meeting with the local authority advisor to discuss the appointment of the new head teacher. The recruitment and selection bit was easy, I did this as part of my working life. It was what she said about the state of Sandhill, that we were failing the children in a bad way. I cried all the way home. I called a meeting and spoke to governors about the changes that we would have to make. The main change was the appointment of a good head teacher with a proven track record of turning schools around.

So who did we appoint? The youngest candidate, the least experienced candidate and I still joke with him that he was the cheapest! Governors became more involved in school in a strategic way taking on individual responsibilities overseeing curriculum matters with their teacher partners. Governing body meetings were more than once a term and we started to ask questions not just rubber stamping decisions.

I am now a trustee of Sandhill Multi Academy Trust and I am still learning how to be a good trustee. We don’t have the local authority to fall back on. I am registered at Company’s House as a director of the trust. I am no longer responsible for one school; I have to ensure the trust and the schools within the trust flourish – more of a corporate view. This does not mean that I have lost my grass roots, I love being in school seeing the children at work and play. I want all the children within our schools to leave our care with confidence and aspirations.

What is the difference between a school governor and a trustee and what are the benefits to schools that convert to academy status?

Sandhill Primary Academy discussed becoming an academy because we want to expand, we felt we had something to offer. We would have more autonomy over the curriculum which we could adapt to meet the needs of our children. Sandhill was the little school at the bottom of the hill with a reputation of taking children from a poor background with few prospects. With the hard work of us all – governors, staff and children, this was no longer the case.

What has been a governor / trustee taught you?

As a Sandhill governor, I have (I hope) made a difference to the community I live in and played a role in opening up the chances for the children. My eldest child is business manager for the trust and my youngest child has travelled the world and is now living in Belfast and working towards being a chartered accountant – not bad for Sandhill children!

As a trustee, I have to be more corporate minded without losing sight of the main reason I became involved in the first place – children’s education. I feel that I still have a lot to learn.

How have these new skills and abilities benefitted you in your career?

I had the opportunity to undertake an NVQ Level 4 Management Course in my paid role. I was allowed to use my role as chair of governors to meet some of the criteria particularly with finances, recruitment and selection and attending meetings.

This may be sentimental but I owe everything I have now to being involved in school. It came at a time of my marriage ended and without it I wouldn’t have gone on to college, never mind become a graduate of the Open University. I wouldn’t have gone to Northern College, met my now husband who supported me along with my mother to achieve what I have. I owe my role in school such a lot – joke in our house is, when do I stop paying school back?

What would your advice be to parents who are interested in getting more actively involved in the running on their children’s schools?

We were very lucky that local parent, Louise Fisher, took the decision to bring her children to Sandhill and how she has developed her role as a parent governor and then chair of governors. But she is an exception to the rule. Either parents think we are only governors because it benefits our children (my children disagree with this sentiment) or they are overawed by the work load governors have to be visible in schools, speaking to parents – spreading the word. Louise for example speaks to the parents of children starting in our nursery.

Do you have to be parent to get involved?

The governing body is made up of people from the community, business, staff as well as parents. Successive governments have promoted parental involvement, but the view now is that academies should be encouraging more business people onto the governor body. Though I was a parent of children at Sandhill, I was a governor via the local authority – you had to be a member of a political party. This has now changed you can be a local authority representative without it been a political appointment.

What are the changes and new initiatives you have overseen that have made you proudest over the past 28 years? 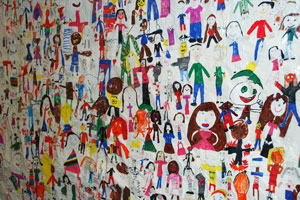 Changes – going from one meeting a year and rubber stamping decision to a more strategic overview of the school and the feeling you are making a difference to children’s lives.

Proudest moment – I was the chair of the interviewing panel that appointed the youngest, least experienced (and remember the cheapest!) head teacher in Rotherham who made a difference to our little school and still is.

Children shouting after me in the street – “Mrs Washington!”. They know, bless them, that I am Mr Chapman’s boss and that I can tell him off.

What is next for you and for the school?

We are expanding – we have a DfE grant to extend our early years provision – this makes me proud – from the cuts to provision in 1984 to our nursery to 2015 expansion. To the expansion then of our upper school – three new classrooms to house Year 5, 5/6 and 6.

I still enjoy taking an active role in community activities. It has opened up my life and I have met some interesting people over the years.

I will carry on learning and developing my role as trustee to be the best I can. I hope I have played my part in supporting my local community.