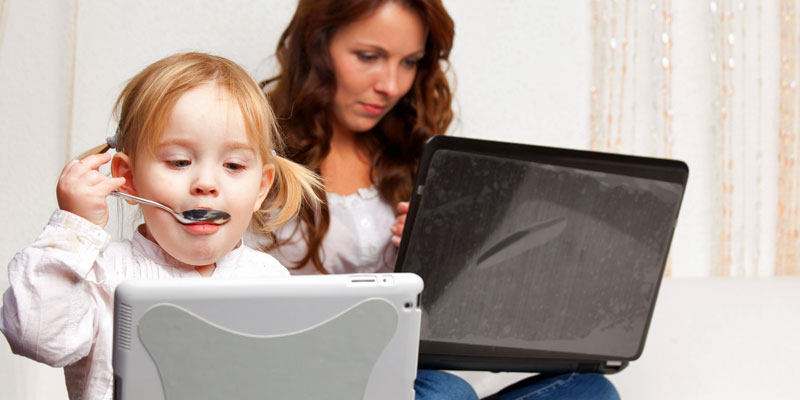 Sarah Evans is former principal at King Edward VI High School for Girls in Birmingham and is currently acting principal at Elmhurst School for Dance. She is interested in all things educational and was awarded an OBE for services to education in 2014.

“…The idea that teachers are lazy also-rans who work nine ‘til three for a few weeks in the year is clearly false. Term time is incredibly pressurised and teachers regularly knock up 70 or 80 hours a week…”

School holidays are too long. And the longest one, which is currently upon us, is simply the worst.

Let us start with the children. Every study that has ever been done shows that children simply forget a lot of what they have learnt in any subject that requires practice, over the summer holidays. Children are usually tested during their last term at primary school to get some sort of national base line. Although national SATS levels are no longer de rigueur, when they were, the summer results always came out much better than when the same children were tested as they joined their new secondary school in September, three or four months later.

In Birmingham, the all important 11+ exams for the free grammar schools, now take place early September. This means not that the exam tests natural intelligence untainted by teacher input, but that parents spend the summer scurrying round tutors and shelling out for bespoke courses to ensure their little ones haven’t actually forgotten everything they ever knew.

The same is true at every stage. I often think this is why many universities favour modular courses where students can start a completely new area in the autumn and it doesn’t much matter that they have forgotten everything else from the previous year.

The holiday system for parents – it doesn’t really add up, does it?

Then families. Frankly it is a disaster isn’t it? If both parents work, what do you do to cover the interminable weeks. I know lots of families where the mother and father simply use their entirely holiday taking separate weeks off just to cover the school breaks.

How can any government hope to increase the number of us working, and paying our taxes, unless it sorts out these pesky school holidays that affect such large swathes of the workforce? In the maintained school system, there are likely to be 14 weeks holiday a year, in the independent sector it could be four more weeks. Holidays for grown up workers? Four or five weeks? It doesn’t really add up, does it?

So why does it go on like this? Who benefits? One argument is that it is all historical and goes back to a largely agricultural economy when everyone, including the children, had to be out in the summer bringing the harvest home. But we are now in a post, post-agricultural economy so you would expect a few changes.

Teachers benefit. Well up to a point. The idea that teachers are lazy also-rans who work nine ‘til three for a few weeks in the year is clearly false. Term time is incredibly pressurised and teachers regularly clock up 70 or 80 hours a week. The summer holidays are the only time teachers have to prepare in any depth for the following year. 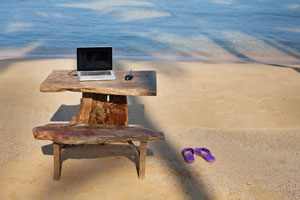 A long time ago, I was an English teacher and spent my summers preparing the new A-level set texts, planning new exciting courses for juniors and starting from scratch enrichment programmes that were just coming into vogue. But it was not the same pressure as term time and I could do much of it sitting in my pyjamas or in a bikini by the sea.

There is no denying that for parents, being in the teaching profession does help the school holiday crisis. If nothing else, there is much more flexibility. Even if it is foolhardy to think you can prepare ‘King Lear’ for Oxbridge preparation classes while looking after three under 6s, you can at least usually have a slightly more fluid approach than those who have to be out of the house by 7.30 and can’t get back for 12 hours.

Other beneficiaries are said to be those in the holiday industry. The argument goes that since everyone has to cram their holidays into the same few weeks, it is possibly to charge a lot more during that time. This is what keeps the industry afloat. I suspect there are other economic models that might work if we were able to sort out the schools.

University terms have to start in September / October. Why?

The national exam cycle at the top end of the school system and university terms seem to be another sticking point. University terms have to start September / October. (Why? Other countries don’t…) So A-level results, which decide university intake, have to be available by mid August, so A-levels have to be over by the end of June to allow marking so teaching has to start early Autumn – and so on. People have tried for years to change this with no success.

Anyway, we are where we are. What are the options for the summer holidays in particular, that will prevent the children from going feral and allow parents to earn the money needed? Feral, of course, used, in halcyon days, to be an option.

Beyond Arthur Ransome or Enid Blyton 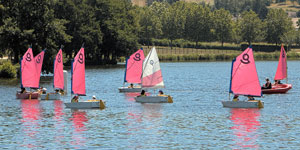 If you were brought up on Arthur Ransome or even Enid Blyton, you might wonder why we don’t just let them all go off on their own sailing, hiking or camping. But no one does. The world has changed and all the talk in the world about encouraging children, particularly girls, to be risk takers, is not going to persuade parents to send a message along the lines of the father in ‘Swallows and Amazons’ who when asked by the mother if he was happy for the children to go off sailing, responded, ‘Better drowned than duffers. If not duffers, won’t drown.’

There is a huge variety of organised holiday options for children and young people. Schools run some. A number of boarding schools will be holding commercially priced interest holidays and there are sports camps galore in schools and sports centres everywhere.

For those of artistic or performing arts talents, local theatres and arts centres will have lots on. There are city sponsored activities and organisations such as The University of the First Age and The Challenge that run heavily subsidised courses around particular interests and skills building. Universities are running courses for school children, often around STEM subjects and aimed at particular year groups and some specifically for girls.

There are religious based camps, youth orchestras, drama and dance summer schools. There is a Festival of Coding running at the moment, an annual event for high flying school age children keen on coding who work with proper companies on proper problems. Many of these, but not all, cost and they all need organising 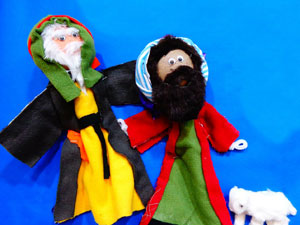 I am always fascinated by how families deal with the organisation of holidays. My impression is that it still falls on mothers whether or not the mother works full time. Holiday child care arrangements seem to fall into the same category as Christmas cards, birthday presents for the nieces and nephews, buying basic family necessities (the loo rolls and multi-cleaners not the nice little Waitrose treats). Fathers may be very strong on the family holiday but not on all those other weeks that somehow need to be covered.

Some child experts are telling us that responsible parents will ensure that all children continue to do some academic work every day in holidays supervised by the parents – or is it the mother? – in order to ensure that performance doesn’t dip over the holidays. Others say children, like teachers, find term time very stressful and need to be allowed to chill out. Experiments show that if you put rats together in enclosed spaces for days at a time, they end up fighting each other or worse. So why do we think education is about herding our young in the traditional school setting? But like so much else about parenting, there is no coherent right answer.

What changes would help? We could take the 14 weeks holidays and spread them equally throughout the year with just one or two week breaks. This should stop the learning deficit, allow for down time, let children get through a few books, enjoy a hobby, prevent staying in bed or playing computer games becoming too ingrained a habit. But it still doesn’t solve the problem of the gap between working parents holiday allowance and school holidays. Make schools run for most of the year? Very hard on teachers without other radical changes and the teaching unions would oppose to the death.

There are other middle routes but the main thing is that it does need a discussion with all interested parties and a discussion where there is the belief that if we all share ideas, it must be possible to come up with a system better than this one.