You are currently reading Issue 126: Women in Robotics and Artificial Intelligence, June 2021
Skip to content 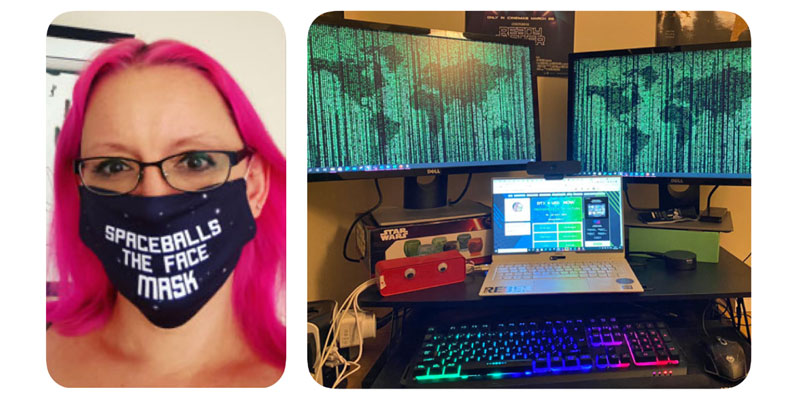 Sam Humphries is head of EMEA security strategy at Exabeam. She started out as a travel consultant before rising through the ranks and eventually joining security analytics and automation company, Exabeam. Sam is a passionate supporter of the cyber hacking community, and she’s organising the BSides Newcastle event taking place later in 2021.

“I honestly hope the future is like a science fiction movie, but a good one. I think I can’t see it turning into The Matrix anytime soon, where the machines are running and we’re just the batteries. I’m not scared. I’m just excited.”

“We’re having a virus outbreak!”

Firstly, I don’t have a degree. I was on a path to go and study a bunch of things A-level related. I wanted to go into journalism, but it was suggested I should take English literature – it was ‘sold’ to be kind of exciting. Needless to say, I tried it, hated it, left and went to work in a travel agency.

I was a travel agent before I left and ended up as a consultant for a company called Network Associates (which was acquired by McAfee). I spent 16 years, nine months there – starting as a receptionist before moving to sales. I’d found a way to get a foot in the door.

I have had a computer since I was honestly four years old, which sounds crazy, certainly for somebody my age. Today, my six-year-old is a whizz and can do loads of things like PowerPoint (presentations) already.

My career was a journey, for sure. In sales I always ended up helping my customers with their CDs and tech-related issues (does talking about CDs show my age?!) and from there decided to move to work in technical support, which was definitely more my thing.

My manager at the time took me on in good faith. I was very upfront when I told him I did know about computers, and he trusted that.I ended up progressing from desktop support to a product called ePolicy Orchestrator (EPO).

We would have customers call up and say: “We’re having a virus outbreak! Can you help?” and that’s a very different task to just helping fix a product! With support and helping customers with products, you can go through the motions and explore things, but generally don’t have somebody on the end of the line describing their entire network fall apart around them and the knock-on impacts for their business.

There can be huge implications to a business, and you have to have a certain mindset to be able to deal with those things, but I relished the challenge and really enjoyed it.

I then moved to McAfee lab to sit on the other side of things, talking to the people and helping them from the research side, still getting on the phone with the customers. I would be waving my arms around in the middle of it all and trying to bring some sanity to the chaos, making sure people had the right communications, knew what to do, how to do it and what was expected, etc.

I then spent a few years trying to help build products that would solve some of the problems that were causing people to have outbreaks. From there, I moved into product marketing, and then to a security strategy role. 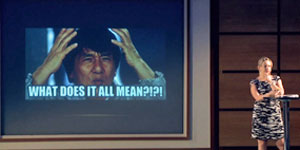 Today at Exabeam I do everything from presenting on various thought leader topics to product-related demos. I like talking to people about the kind of challenges that they’re having, and how they can think about them. I also talk about security, which has changed a lot over the years, but some of the problems still remain. Visibility is still the first issue. If you can’t see what you’ve got in your systems, you’ve got no chance of protecting it, defending it, or seeing what’s out there.

I also get involved with various teams to help them understand the challenges that people face with security. It’s very easy to sit in your ivory tower, saying everything will be fine. But it’s not that easy. Especially when you’ve got a business to run, or you have a very complex organic technical environment. Helping folks understand why customers struggle more on the security side is a big part of what I do.

COVID-19 has made my passport think I’ve died, is how it’s impacted me! Usually, I’m not used to sleeping in my own bed. I do quite a lot of events, and then normally, every six weeks or so, I’m off somewhere. I work from home anyway.

The interesting thing was seeing other people who were used to being in an office have to move to working from home. That was a harder shift. If you go into an office every day that switch was a big shift, because were we working from home or were we living at work?

Being a disaster junkie

My role is exciting, for the most part. I love it when the phone goes and someone’s got a big problem for me to fix. It’s much easier to love it when it’s not your network, though. Sometimes it would get super serious, with some of the really big ones. When it was a hospital, that was always bad because you know there are real people and real lives on the receiving end of what you’re doing, and they are depending on how quickly you can help them.

Things get serious very, very quickly in those situations. Some people hate that whole kind of disaster scenario, but I’ve grown to love it. I get this weird sense of calm going on. That’s an important skill to have in what we do, because things happen so quickly, and that’s the exciting part of it. But when they go wrong, they go wrong very fast.

There’s always new things happening. It’s very much a kind of cat and mouse. So when new technologies come about, there’s always someone who’s going to try and find a way around them. If you look at where we’ve got the Internet of Things, and people are distributed all over the place, it has made a much broader attack surface for cybercriminals.

The term ‘hacker’ is generally used to mean bad things, but there are lots of people out there who are just really curious, really smart people who want to make the world a better place. That community is just wonderful, some fabulous people.

Artificial intelligence to the rescue!

Artificial intelligence is really helping a lot of what we do, making decisions, really quickly, much faster than a human can. I remember years ago, I was out in India and my manager at the time called me into his office. He’d come up with some quite basic machine learning (a form of AI) to explore clustering of viruses. As new virus or malware samples were coming in, it could very quickly assess how serious it was.

That was in the early days. Now it can help you find anomalies so quickly. So, if all of a sudden you have a user on your network who shows up as being in Hong Kong, and they are not supposed to be there, and they were in London this morning, chances are you haven’t done that trip, it’s not the right user at all.

Machine learning can pick up abnormal behaviour like this very quickly, whereas to the human eye it might not be that obvious. Flagging that up super quickly, can help security teams very prioritise and understand risk in their environment that was pretty much invisible to them a few years ago.

The risk from the dark side

For a long time, there have been professional companies before you even get to nation-states, who are in the business of buying and selling attacks or vulnerabilities. They have many tools to their advantage.

When you look at nation-state related cyber attacks, it is quite mind-blowing what some organisations have available to them. In a world of open-source, and very clever people, it can happen where an advanced persistent threat group might try and hire people from the industry to turn to the dark side.

Stepping into The Matrix

I don’t think true artificial intelligence really exists. There’s a lot going on the more generalised AI front to make sure that we do put in some guardrails.

Machine learning is really cool but it’s not at the point where the machines are really thinking for themselves … yet. There’s a lot of discussion around making sure there are guard rails. I honestly hope the future is like a science fiction movie, but a good one. I think I can’t see it turning into The Matrix anytime soon, where the machines are running and we’re just the batteries. I’m not scared. I’m just excited.

There’s the famous quote by Einstein about doing the same thing over and over again expecting different results but I prefer this one: “We cannot solve our problems with the same thinking we used when we created them”.

So, we need people who can think differently and bring new ideas. Neurodiversity is huge. Gender diversity and representation matters, but also the diversity of thought aspect means we need creative people who can think in different ways to solve some pretty big hairy challenges. If you just have a bunch of people who think the same way and do the same thing, you’re not going to succeed.

I miss airports and planes

I can’t wait to get on a plane again. I used to hate airports, but now I really miss them. The thing I’m most looking forward to is hopefully going to Formula One in a few weeks, which looks like it might be on, fingers crossed.

Work-wise, I am looking forward to getting back to several conferences and meeting people again. Virtual technology has proved to be incredible, though. If the pandemic had been 20 years ago I don’t know what we’d have done – maybe we’d just have had to phone or fax each other a lot? Or maybe one of those old-school conference calls where everybody just dialled in. Those were always a joy too! I much prefer to be able to see people.

Events will become a big thing for me again. There’s a conference in the US coming up in August (providing they let me in!). I’m involved in several community events, including an industry movement called BSides which happens all over the world. By accident, I’ve ended up organising one of the upcoming events BSides Newcastle, which is a four-hour drive from where I live!

It will be a really good way of bringing people together from all ages and experience levels in cybersecurity and have them share what they’ve been working on and what they care about. It will be a great learning experience for our community, from our community – and I can’t wait! 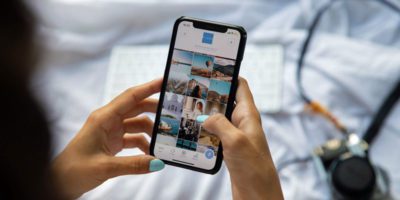 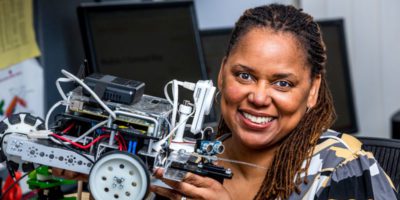 Exploring human-robot interaction and bringing people together through robotics – Dr Carlotta Berry, Professor in Electrical and Computer Engineering at Rose-Hulman Institute of Technology 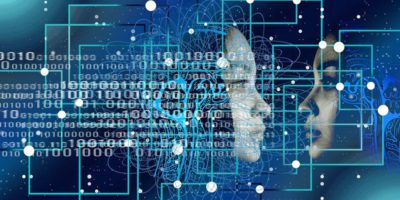