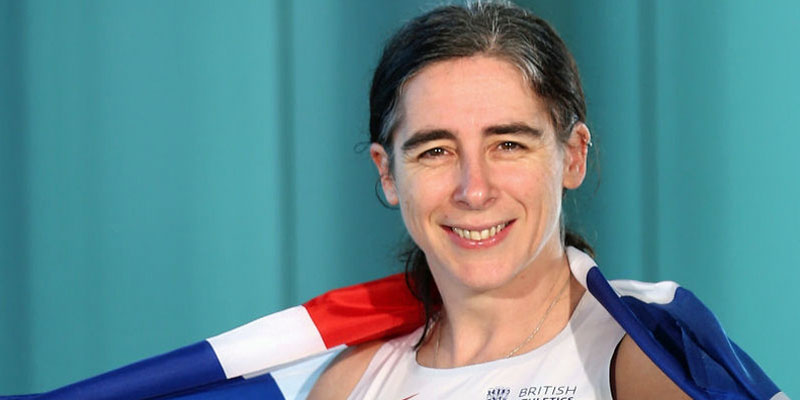 Claire Harvey is a senior consultant for inclusive leadership at KPMG who has been involved in British Paralympic sport since 2009, where she first tried sitting volleyball. She has since gained over 60 caps for Great Britain and captained the Paralympics GB Sitting Volleyball Team in the London 2012 Paralympic Games before subsequently turned her sporting attention to athletics. After eight months of switching sports Claire was selected for the IPC World Championships and for the Rio 2016 Paralympic Games to compete in seated throws events, but she has sadly been forced to withdraw due to a hand injury.

“…Being forced to withdraw from the Team GB Paralympic squad was horrendous – truly heart-breaking… But time heals and I know that dealing with the challenges is as much a part of sport as winning is. My family and friends were brilliant in helping me pick myself up again and reminding me there is always a new goal…”

I’ve always been sporty and got into women’s rubgy when I was 14, which led to me playing at a top drawer club. Women’s rugby was quite different then though and I never considered myself an athlete!

Career wise, I trained as a psychologist and most of my career was in the criminal justice system, as a prison governor and then as a Ministry of Justice policy lead. Having my accident changed all of that, and I had to rethink both sport and career. I had always been a diversity champion, so I followed that passion.

Inclusive leadership is absolutely key because you can focus on getting as many diverse people into an organisation, but without a culture that enables them to bring their difference to the table and thrive, it is pointless. It’s like having the best car in the world, but without the petrol, it won’t go anywhere.

An incremental journey into elite sport

I am not sure I ever made a conscious decision to become an elite athlete – I just enjoyed sport and am naturally very competitive, so just want to take on every challenge. That is the incremental journey that has got me here.

Training is, as you would imagine, very demanding – I have a strict programme that I follow and you can’t let it slip at all, otherwise you fall behind. I have a brilliant coaching team that means I can put 100% trust in the programme they set me; all I have to do is follow it.

Finding time alongside a busy job and a family is incredibly challenging, but I love all three aspects of my life but I have come to recognise that I need them all together to fulfil me, so you always find a way. Planning is key, but so is honest conversation; identifying challenges and talking them though with your teams (work, sport and home) to find solutions together.

Mental preparation, sleep and well being are just as vital as the physical parts so its key to build them in too. KPMG has been brilliant in allowing me the space and flexibility within my role to ensure I can excel at both; without that, it would have been impossible. Selection is a nerve wracking time; I knew I was 5th in the world rankings but that is no guarantee at all. The theory is that you have to put selection out of your mind and let it just happen, but I certainly haven’t mastered it yet!

Switching from volleyball, a team sport, to athletics 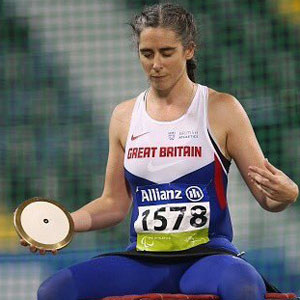 I switched sports for two reasons really. Firstly, sitting volleyball was the first disability sport I tried and then I stayed with it. I hadn’t tried seated throws at my Talent ID day, so I didn’t even know they existed.

After London, I was further down the road in terms of accepting my disability, and so began to wonder what else I might enjoy that I had never tried.

Secondly was a purely pragmatic reason; a team sport requires you to train with the team, so there is less flexibility of when you can train. Moving to an individual sport gave me more control. I still love volleyball though and try to play socially whenever I can.

Being forced to withdraw from the Team GB Paralympic squad was horrendous – truly heart-breaking. Ten days after selection, in a normal training session, I broke my hand by a kettle bell falling on it! Initially I didn’t think it was that bad and I carried on in the gym for an hour. But later that day it became obvious something was very wrong.

The next few days were frantic trips to doctors, discussions with the British Athletics Medical Team (who were awesome), X-rays and a roller coaster of hoping it would heal quickly. The day we had the review and it was decided I wouldn’t be fit to compete, therefore would be withdrawn from the squad was one of the hardest days ever – and to make it worse it was the day my Paralympic kit had arrived too! They came and took it away again that evening and I just sat on the floor and sobbed.

But time heals and I know that dealing with the challenges is as much a part of sport as winning is. My family and friends were brilliant in helping me pick myself up again and reminding me there is always a new goal. The World Athletics Championships are in London in 2017 and that’s where I was working towards a gold medal – so now I am focussed on healing and getting back to training to achieve that. Watching the Paralympics will be very hard, but I owe it to my team mates and friends competing to be shouting for all I am worth from my sofa!

A shift in perceptions about disability since the London 2012 Paralympics

Undoubtedly the Paralympics did a lot to raise people’s awareness of disability. The UK nation embraced it in a way that had never been seen before. Great commentary, media and programmes like The Last Leg enabled disability to take a step out of the darkness (I certainly was brought up in the “don’t ask, don’t stare” era) and into people’s consciousness.

I’d like to see more representation of disabled people in public roles and the media, not just during the Paralympics or talking about disability, but in the mainstream – showing that disabled people are not homogenous and having a disability shouldn’t limit your aspirations in any way.

The current situation with the Paralympic funding poses a real risk to Rio being able to build on the progress that London made in terms of inclusion and profile. I am surprised that the seeming lack of governance and planning has been allowed to happen by the IOC [International Olympic Committee] and IPC [International Paralympic Committee] to be honest, although of course we don’t have all the information.

However, it is pleasing to see that ticket sales are now picking up and plans are being adapted to make the best of the situation. I am sure, once it starts, the Paralympics will look smooth from the outside. You have to remember that the Culture of Brazil is very different and that disability rights are still progressing slowly. Being exposed to so many disabled people will, as it did in London, fast track some of the improvements made and discussions being progressed.

From an athlete’s point of view, the focus now will be on the micro level – the actual competition. In any big competition timetables shift a little, logistics go wrong … athletes are well versed in managing these things and going with them.

How Womanthology readers can show their support for the Paralympic movement

In terms of Womanthology showing support, there is lots to be done. At the start of every Paralympian’s journey is a positive and empowering grass roots and community experience that allowed them to build confidence and the belief that they could achieve anything they want to.

Every reader has disabled people in their community, whether that is their road, their family, their town, their sports clubs or their workplace. It’s rarely big things that shape a person’s experience, but rather the little everyday experiences we have. So, if every reader took a second every day to think about whether the decisions they are making are inclusive, took time to get to really get to know the disabled people around them and to help remove self-limiting beliefs and real or perceived barriers … that would make a HUGE difference.

My focus now is to heal properly and stay fit during this time, then get into winter training so that I am on top form for next season and in the best position for the World Championships in summer 2017. So no change to the original plan really, just missing the Rio part out…