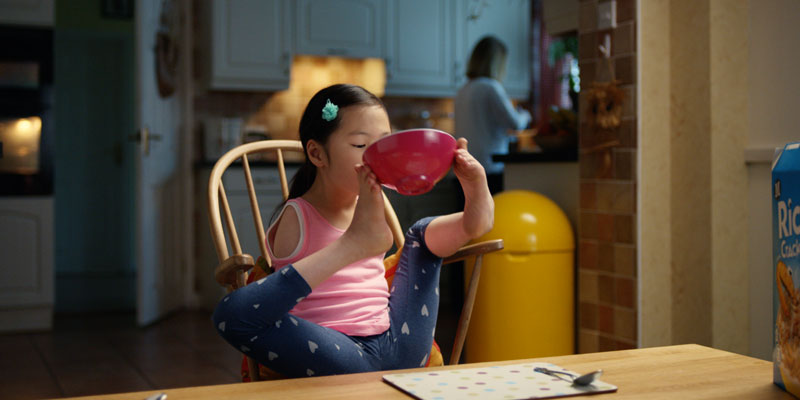 Alice Tonge is creative director at 4creative – Channel 4’s in-house creative agency – heading up the creative and design department. She has been responsible for many of its high profile campaigns, including the launch of 4seven, Gay Mountain and Alternative Voices, which were part of Channel 4’s Born Risky brand campaign. More recently Alice has been creative director on the Channel 4 re-brand and Paralympics campaign 2016.

Alice, please can you tell us about your career to date and what made you want to become a creative director?

I’ve been at 4creative for around 11 years, before that I was an ad agency creative and before that I studied graphic design. I love ideas and making them. I’m obsessive about craft. 4creative is a wonderful mash up of ad agency, design company and production company, so I can be very hands on. It also lets me dabble in directing.

What does your role at 4creative involve on a day to day basis? 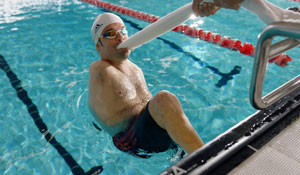 I’ll be a creative director across specific projects but I also head up the creative and design department. So mentoring, nurturing talent and their brilliant ideas is a big part of my job too.

You recently worked onThe Superhumans Return for Channel 4. How did this come about?

Channel 4 had the broadcast rights to the 2016 Rio Paralympics, so we knew the opportunity to promote it was there. In 2012 the focus was all around the athletes. This time round we wanted to broaden the term ‘Superhuman’ to include non-athletes as well.

Any disabled person can be Superhuman, whether you’re an elite athlete or someone going about their everyday life, being Superhuman is a state of mind. The three minute film challenges you to forget what you think you know about disability, and is a huge celebration of ability beyond disability.

What was the pressure like after the success of the original Superhumans spot for London 2012? 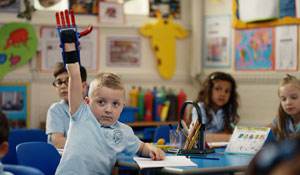 The idea was to not just promote the 2016 Rio Paralympic games, but to use the opportunity to change attitudes to disability. Big pressure, but an incredible and exciting opportunity also.

Channel 4 has a unique remit is to champion diversity, innovation and new talent, so this three minute film couldn’t be more Channel 4.

The 2012 campaign was hugely successful and we decided early on that we would do something completely different rather than try and better it. In 2012, the Public Enemy track gave the ad bags of swagger. It was full of athletes and focused around strength and defiance. This time round we completely changed the tone. It’s warm and celebratory, which feels appropriate for people’s perception of Brazil. But mostly what we’ve tried to do is broaden the term ‘Superhuman’ to include non-athletes also.

How did you go about finding the people who took part?

The biggest challenge, apart from cracking an idea, was the casting. There’s such a poor representation of disability on screen that it was hard to find the people we wanted. There are 140 disabled people in the three minute film. Apparently that’s more disabled people in one advert than the whole history of British advertising.

We found some amazing stars with the help of charities, but a lot of the cast came from searching the Internet.

You’ve talked about the spot as a “huge celebration of ability beyond disability. Not in a cheesy way, but a real, beautiful, visceral, challenging way.” How hard was it to strike the right tone?

We knew we wanted to do something different to the 2012 campaign. We wanted it to be warm and celebratory. Once we found the Sammy Davis Junior track with the help of Abi Leiland, we knew we were in the right territory. The creative idea and scenes suddenly came alive with the lyrics.

London 2012 is widely credited as having blurred the boundaries between disability and ability. What are your hopes for Rio 2016?

In Britain where everything seems a bit less certain, and, at times, less caring, we wanted to create a huge powerful Superhuman message of positivity. Whether you’re blind and you’re running at the Rio Paralympics or you’re a double leg amputee and you’ve got to get the bus every morning to work, being a Superhuman is a state of mind. It’s time to stop focusing on disability and focus on superability instead.

What is coming up next for you and 4creative?

I’ve just gone on maternity leave, so I have a completely new and exciting challenge ahead for me. I’m pretty sure my baby will come out singing YES I CAN as she’s heard it so much over the last 9 months!

For 4creative, there will be lots more big, beautiful ideas.

We finished this project:

It’s an ongoing brief to get more diversity on screen, so expect more.

One thought on “Yes I can: Celebrating ability beyond disability – Alice Tonge, Creative Director at 4creative”