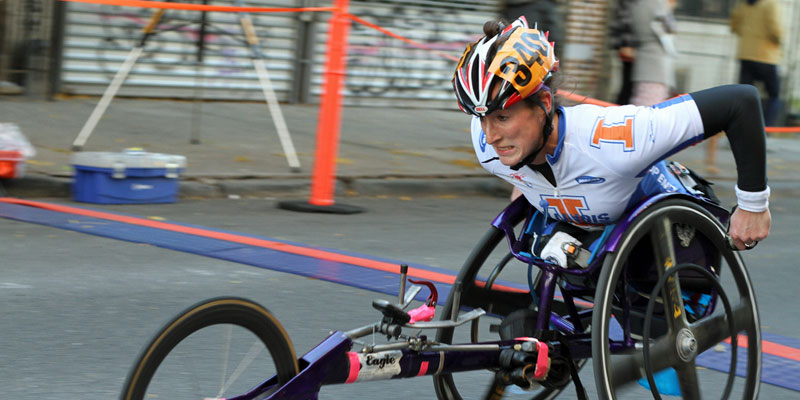 Dr. Helen Meese is Head of Healthcare at the Institution of Mechanical Engineers, having joined in 2013 as Head of Engineering in Society before taking up her current role in November 2015. She works to raise the profile of mechanical engineering, focusing on innovative and emerging technologies and how they impact on healthcare, both in the UK and internationally.

“…Engineers, technologists, designers as well as those from arts and humanities backgrounds are now working globally to solve society’s problems. It is creating a hive of innovation and shared thinking where the outcome is not profit-centric but socio-centric…”

I’ve always loved science and science fiction, was intrigued by anything that moved and always wanted to know how things worked. I’ve always had a love for large machines and so chose to study electro-mechanical power engineering at Loughborough University. I then went on to do a Ph.D. in turbocharger performance prediction in mechanical engineering and designed opto-electronic control systems for electric ‘force fields’ for armoured vehicles.

After leaving university, working for Babcock Group as lead engineer on equipment for Eurofighter, as well as other projects on submarines and ships and later moving to GE Power Conversion, where I was project manager on electric propulsion systems for two vessels in South Korea.

How innovation in engineering can improve people’s lives

We are already seeing some of this technology in sport and particularly in the Paralympic competitions, but in time modified versions of these innovations make their way into the wider population.

Engineers are making a significant difference in travel and communication for people with disabilities, providing them with greater independence and access to information. Braille computer keyboards and touch-free smart phones are just two examples, and with the advent of autonomous vehicle technology, the prospect of partially or blind people being able to “drive”, is not far away.

I think engineers in the healthcare sector are working more closely with society than any other technical sector, to create personalised pieces of technology, which will make a significant difference to how people live their lives. Indeed these developments are not just benefiting people with disabilities, but all of society.

Access to low-cost technology such as 3D printers is radically changing the way people live their lives. Open Bionics’ printable hand is just one example. By providing open-source code and desktop technology, parents are able to create and regularly replace prosthetic parts for their children for just a matter of pounds rather than the thousands (or sometimes tens of thousands of pounds) that a traditional prosthetic would cost.

I think one of the biggest impacts has been the smartphone. The millions of apps created over the last five years alone had changed the way we work, do business even eat and exercise. There are over 165,000 registered healthcare-related apps, giving society a huge amount of choice on how they manage their well being. I think in time, we will see greater adoption of these apps within our health service, but we as an engineering community must ensure that they are properly regulated to ensure adequate levels of safety and compliance are maintained.

Open sourcing is not just the domain of software as it was just a few years ago. Open sourcing is becoming a philosophy as much as it is a process. Engineers, technologists, designers as well as those from arts and humanities backgrounds are now working globally to solve society’s problems. It is creating a hive of innovation and shared thinking where the outcome is not profit-centric but socio-centric.

This kind of process enables individuals to be flexible in the way they work, moving from project to project as they are needed. It empowers people to be much more innovative in their thinking, combining methodologies and optimising solutions that would never have been approached in that way in the past.

There are some great examples of open source products including: RepRap – the self-build 3D printer; Wikihouse – low energy homes, furniture and even be hives; as well as the most well-known product, Arduino – the first open source electronics platform.

The women in sports technology event was a great success – despite the torrential rain that nearly flooded us out!

Our speakers really gave us detailed and varied views of the sports technology industry from starting a Ph.D. in sport sciences to what future technology will be developed and what effect it might have on athletes.

We had some excellent displays from a number of first year biomedical engineering students from Imperial College who also asked a lot of questions during the Q&A session covering issues such as overcoming barriers in the work place and advice on what career paths to take.

We will be posting videos from the event shortly.

I am focusing on robotics at the moment and how robots or autonomous machines could be used in the home to aid the rehabilitation of patients – often called ‘assistive technology’.

Coming out of hospital can be a really difficult transition for many patients, especially the elderly. We often here the term “bed blocker” used to describe those patients who cannot leave the hospital because they don’t have suitable care in place back at home, but it is critical that patients don’t feel like a burden on society, and getting back home has been shown to aid patient recovery. There are a number of engineering companies and funding bodies that are working on developing solutions to these problems which could relieve the pressure on the NHS in the future.

A great example of this is CHIRON (Care at Home using Intelligent Robotic Omni-functional Nodes) run by a consortium of British robotics companies and universities. CHIRON is not just a single robotic device, but many, all connected together via a network, providing assistance around the home from getting washed and dressed to preparing food. The great thing about this concept is that the system can be tailored to the needs of the patient, and easily modified as the patient’s health changes.

I’m also very excited about some of the cross-disciplinary technologies developing such as the so-called “lab-on-a-chip”, which is bringing chemistry, biology, materials and bio engineering together to create highly sensitive devices that can carry out the tasks that once took an entire laboratory to do. These devices are highly sensitive and use nanotechnology, micro-electronic and fluidic processes to detect minute samples of diseases such as HIV and cancer.

These devices will enable us to detect and diagnose life-threatening infections far quicker than any previous sampling methods. Additionally, these devices are extremely small, enabling them to be taken to remote locations or be available in GP surgeries, meaning we can cover greater population numbers.

The next big event for the IMechE is the International Conference on Vehicle Aerodynamics on 21st-22nd September and then there’s another event on Rail Sustainability: Planning for the Future on the 11th October.