You are currently reading Issue 94: Women in Science, February 2018
Skip to content 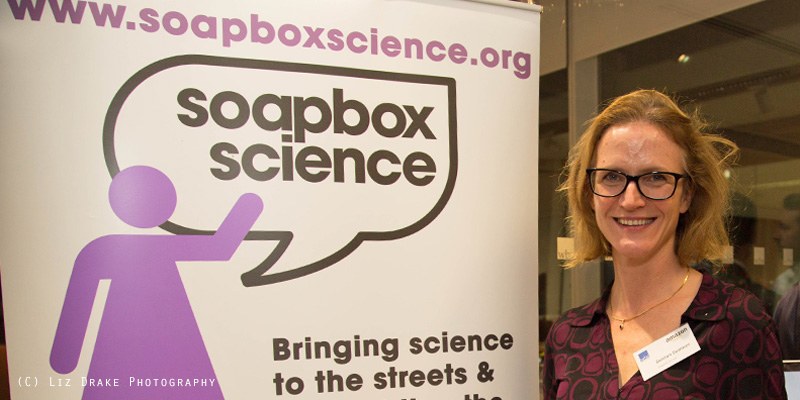 “…women at the top of the career ladder (vice chancellors, directors of divisions / departments) tell enthusiastically how taking part as a Soapbox speaker has helped them finally pick up the confidence and skills to talk to the public about their work…”

The problem of inequality in science – a grass roots solution

Gender inequalities and the lack of female role models in the workplace are topics of great concern, with most professional bodies working hard to combat this within their own walls. This is particularly true for the scientific community, where several initiatives designed to champion women in science have started to gain momentum, including Ada Lovelace Day and International Women’s Day, as well as efforts to increase female scientists’ visibility on platforms like Wikipedia.

It is now well established that societal expectations and perceptions underpin the rise of gender inequalities. For example, already by 11 years of age, we (adults and children) pigeon hole girls as being less proficient at maths than boys.

Parents in the UK have been shown to express clear gender-related career expectations for their children, with a majority of parents hoping their sons to become engineers, scientists, professional sportsmen or tradesmen while expecting their daughters to become teachers, nurse, fashion designers, doctors and hairdressers (CaSE 2014). In the US, a recent study recently reported that girls as young as six years old are less likely than boys to believe their own gender is the most brilliant.

Sadly, culture and social norms can’t be changed overnight, with uptake of policy changes being notoriously slow (as demonstrated by recent changes in parental leave law). So, what can we (the scientists and engineers of this world) do to help ourselves, and the next generation such that we can make a tangible impact in levelling of the playing field within a generation or two? One suggestion is to start to make women working in STEMM as visible as men are, both among professional and lay communities.

Challenging gender stereotypes by taking science to the streets

Science communication activities are gaining popularity among academics, with ever escalating demands to show how our work has (or will have) impact; now, there is growing appreciation of the importance and impact of outreach activities, on both the public and the scientists who take part.

Soapbox Science is an example of such an outreach initiative. It aims to address the current imbalance in visibility of gender in STEMM, through a comprehensive approach that includes:

In its 8th year, Soapbox 2018 will see its 1000th woman stand on her soapbox, bringing her science to the general public in person, on the streets of cities in over 35 locations across the world.

The impact of Soapbox is now starting to emerge: the female scientists who take part report the enormous boost in confidence they acquired from being a speaker; even women at the top of the career ladder (vice chancellors, directors of divisions / departments) tell enthusiastically how taking part as a Soapbox speaker has helped them finally pick up the confidence and skills to talk to the public about their work.

It has helped steer more senior women scientists into the limelight than any other outreach initiative – these are the experts that the public need to hear from, and the critical role models that the next generation of scientists (male and female) have to see. Past behaviour is the most powerful predictor of a scientist’s intentions to participate in public engagement in the future.

Changing the gender of a stereotype has a powerful effect on both boys and girls (e.g. the BBC’s first female Dr Who), and the potential to reset cultural norms on gender bias. It’s a simple solution, driven by the workers – and it might just be working…

Gender influences how the public perceive experts and information

The benefits of raising the public profile of women in science are likely to reach far beyond the scientific community itself. Visibility of scientists is not gender neutral: in the media, for example, male ‘experts’ outnumber female by 3:1.

Men are known to be more likely to take part in public engagement activities, and be contacted by the media. This has an impact on how the general public perceive scientists, but also on the extent to which the public trusts the message delivered. Research shows that women are more trustworthy than men; and that women are more likely to trust and value information from women’s communities.

Taken together, these findings suggest that the current male-bias in public engagement of science is having a significant impact on how 50% of the population (i.e. women and girls) engage with science and in who they perceive a scientist is. We hope that Soapbox plays a role in acting as a vehicle for change in addressing the detrimental effects of male-bias in public engagement, as well as boosting the confidence of female scientists and their profiles among their peers. 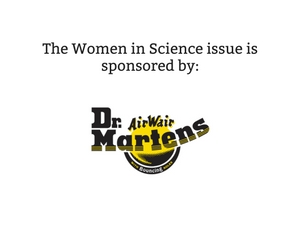 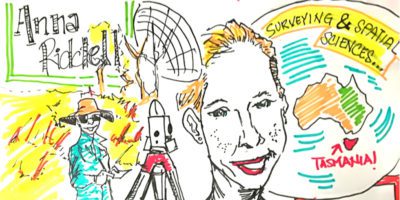 Sharing the passion of female scientists from around the world by sketching them and providing a platform for their stories – Artist and Science Communicator, Anj Lusuan 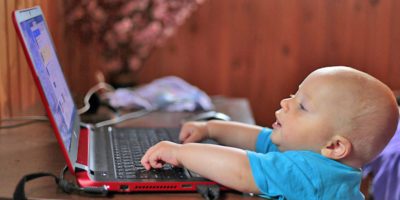 How to inspire your children to pursue a career in STEM – Ellie Trotter, Senior Product Manager at Amazon Development Centre, Scotland 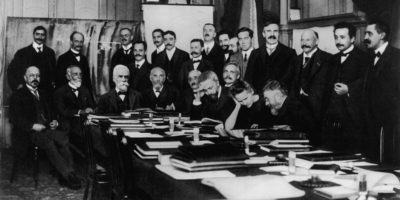 Why more women in science will help us to fear less and understand more – Fiona Tatton, Womanthology Editor