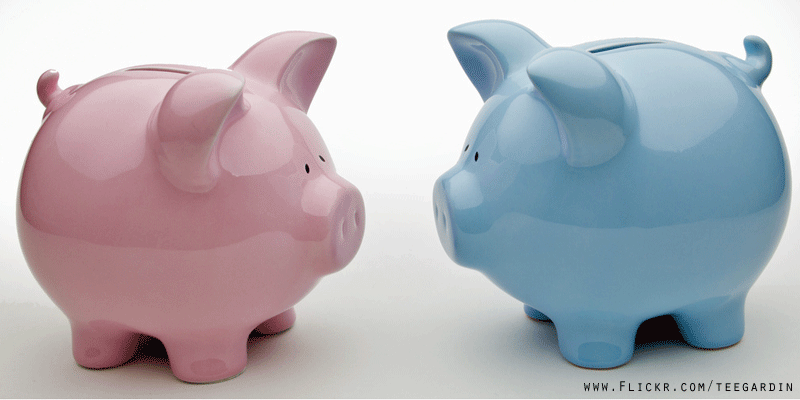 Hello and welcome to issue 68, our Pay issue. So it was Equal Pay Day the UK this week and this made me want to explore all the issues around it, not only at home but overseas too.

It would be very difficult for the vast majority of people, male or female, to argue that women and men should be paid differently for doing equal work when it is also fortunately illegal in the UK. Where the lines start to blur is when we talk about the gender pay gap, which according to some is a total myth and doesn’t exist. Here’s why that’s not true.

The choices we make

The gender pay gap arises often because of differences in choices that are made – so women are less likely to choose to go into some of the highest paying professions, such as STEM careers (more on this later), but critically, this aside, even where women do choose to go into lucrative professions and sectors (so for example Law Society statistics for 2015/16 say that women made up 67% of students accepted on to university law degree courses), they are much less likely to make it to the upper echelons of the profession for a number of reasons, including commitments relating to home and family.

The paid economy versus the care economy

Now some would argue that women don’t have to choose to have children and step out of the workforce, even for a short time, but if women and men didn’t have children, the labour market would shrink very quickly and in future years the economy would grind to a halt, so it’s surely not a purely selfish choice to help the human race continue..?

It seems ludicrous that whilst women’s careers suffer for the choices they make and the motherhood penalty kicks in, fatherhood often affords men a premium in their salary – the TUC recently found that fathers working full time earn 21% more than men without children, at least partly because of positive discrimination as employers view dads as more reliable and responsible employees, whereas mothers are often perceived as less available and therefore less reliable. Has anyone else noticed that this reeks of unconscious bias?

I don’t know about you, but the vast majority of the mums I’ve worked with are incredibly efficient and effective, knowing they have to get the job done precisely because they have to be finished in time to pick the kids up.

When I spoke to Australian fatherhood expert, Graeme Russell, and he made the excellent point that many organisations are missing out on the best talent because they’re just promoting people purely on their demographics and their ability to be available. Just because somebody is ever present it doesn’t mean they are more talented or skilled.

We have to start to look at the relationship between the paid economy and the care economy. Women are most likely to be carers of children and older adults, which means that their careers suffer as a result. Broadly speaking if you take time out of your career to have a family, then your income is reduced during this time. It also has a knock on effect for other benefits such as pensions and savings – if you earn less then you save less too. There’s a cumulative effect here as it can also hurt your future earnings potential. It’s like taking part in a race, and then if you have to step out for a time you have to catch up.

Why are women branded as ‘selfish’ for taking on caring responsibilities? There’s nothing easy about caring whether it’s done by women or men. It’s usually quite the most unselfish thing in the world. Society would collapse without this work, it’s often hard and is usually done without thanks or adequate reward. Here’s a nifty Office for National Statistics (ONS) calculator so you can work out a monetary value for all the unpaid work you are doing each week. Of course in pure career terms then this cost can be quantified as the opportunity cost of the lost salary from the job you would have been doing. 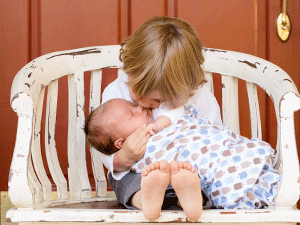 There has been a woefully low uptake of shared parental leave in the UK after its introduction in April 2015, with research carried out by My Family Care finding that in 40% of organisations no male employees had taken shared parental leave. It’s little wonder though when you realise that most employers do not currently offer enhanced shared parental pay.  In reality this means it is not viable for the father to take shared parental leave in most families since he would only be paid at the statutory rate (currently £139.58 per week) and would receive no pay at all once this was exhausted. It’s hardly a massive incentive for men to leap out of the workplace and step forward for childcare duties.

Flexibility is for everyone

So the next time the gender pay gap deniers start to complain that the gender pay gap is a myth, perhaps we ought to remind them that the only reason they exist is because their mother cared enough to take time out of whatever else she was doing in order to give birth to them. But it’s not just about parenthood. Workplace flexibility benefits everyone. It used to be that only working parents had a right to request flexibility at work, but as from 30th June 2014 all employees in the UK were given the right to ask – although there’s no absolute right to be given it – but this means that we’ve all got more rights.

A more tolerant workplace is a better place for us all. Why shouldn’t employers appreciate and value the talents, values and hopes of the people work for them, regardless of their parental status or their gender, or any other criteria for that matter?

The choices we didn’t know we had

The gender pay gap is also about gender stereotyping. Who says STEM careers are not for girls? Why don’t we start to talk to girls (and boys) about supply and demand in the labour market and how skills shortages equal higher salaries. Of course it’s not all about what you earn but it would be nice for to educate girls and boys about all the options available to them (the choices they didn’t know they had) from an early age instead tells the girls they have to be pretty and telling the boys they have to be adventurers. Campaigns like Let Toys Be Toys are working hard to change this so please support them.

So we can help challenge gender stereotypes and stop telling girls they need to try to be pretty, and tell them they need to smart, which they are – there is a gender skills gap meaning that girls outperform boys at school but for many women their higher qualifications are not leading to better pay and jobs.

More career options for all = more prosperity for all

There’s been a move toward anti-intellectualism in politics in recent months which is deeply worrying. We’ve been told to ignore the experts, and some people have. I would contend that there’s never been a more sensible time to listen to the experts and go out of your way to understand both sides of every argument, even if you disagree. The future belongs to those who understand it. It would now seem counter intuitive for women to decide to turn back the clock and forget all they have learnt.

Closing the gender pay gap is about society making smart choices to fully utilise 100% of our available brainpower and talent, which is good for us all as we all have an equal chance to contribute to society, for everybody’s benefit. If the gender pay gap was a myth then none of this would be true and we’d all be getting worse off rather than better off as women are able to realise their economic potential. Quite clearly this isn’t the case, so maybe some people just don’t like to when the playing field is leveled…