You are currently reading Issue 76: Women in Mathematics, March 2017
Skip to content 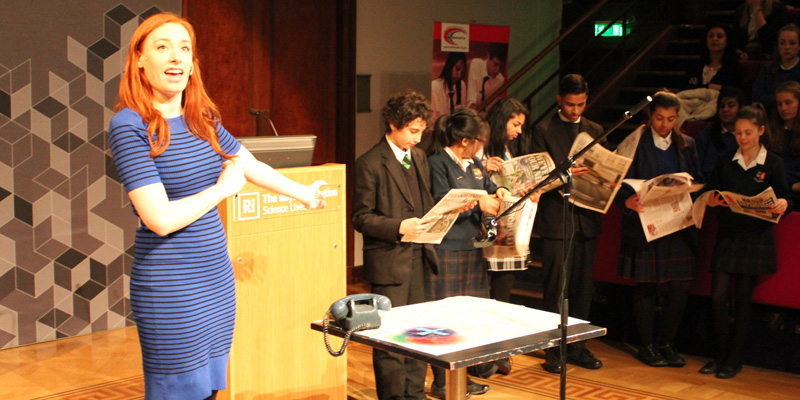 Claire Baldwin is a Central Coordinator for the Further Mathematics Support Programme (FMSP), which is funded by the Department for Education and managed by Mathematics in Education and Industry (MEI), a national mathematics education charity. Claire gained a first-class B.Sc. (Hons.) in Mathematics, Statistics & Operational Research in 1997 and went on to complete a PGCE in Secondary Mathematics (11-18), and an M.A. in Mathematics Education. Her subsequent work has included roles in schools, colleges and higher education, as a teacher, manager and trainer, and she is also an experienced examiner.

“…The number of girls taking A-level Mathematics has increased from around 19,000 in 2003 to almost 36,000 last year – an increase of 85%. The numbers for Further Mathematics are even more encouraging, increasing from just under 1,500 in 2003 to over 4,200 in 2016 meaning participation by girls almost trebled during this period…”

For the love of mathematics

I enjoyed studying mathematics at school and, of all my subjects, it was the one that stood out as being my favourite. I remember learning about matrices and being fascinated by how they could be used both to solve simultaneous equations but also to represent a geometrical transformation – different areas of mathematics (number, geometry and algebra) all seemed to come together so simply in one relatively basic idea!

I was the only girl in my Further Mathematics class, which was a big change having attended a girls’ school up to the age of 16. Nevertheless, I enjoyed studying two A-levels in mathematics and it was hugely beneficial in the transition to university, where I found that I was already familiar with many of the first-year topics.

Further Mathematics is an AS or A-level subject that is taken alongside AS or A-level Mathematics. It offers students the scope to add depth and breadth to their study of the subject and is great preparation for future study in mathematics and related subjects such as physics, engineering, economics or sciences.

I was very lucky to have the opportunity to study Further Mathematics as one of my A-levels, which at the time wasn’t available to all students. Over the last ten years the Further Mathematics Support Programme (FMSP) has worked with schools and colleges to promote the importance of further mathematics and to support teacher professional development and provide tuition so that students can take the subject.

The FMSP was established, initially as the Further Mathematics Network, over ten years ago, with the aim of providing tuition for students whose school or college is not able to offer the subject. The work of the FMSP has expanded to include providing a wide range of subject based professional development for teachers of mathematics, liaison with universities and raising awareness of strategies to increase girls’ participation in advanced level mathematics.

My role at the FMSP is very varied. It includes liaising with universities to share information about the latest developments in post-16 mathematics education and the latest statistics about the increased levels of participation in mathematics.

It is vital that universities make clear in their entry requirements and admissions information the importance of mathematical skills for their particular degree course, be it engineering, physics, mathematics, other sciences, geography, economics, psychology … the list is endless!

I also have responsibility for promoting greater participation by girls in advanced level mathematics courses. The FMSP has worked with UCL Institute of Education (IOE) to complete two pieces of research – a gender literature review and a series of five good practice case studies, both of which highlight the things that schools, colleges, parents and teachers can do to encourage girls to study A-levels in Mathematics and Further Mathematics.

We have shared the recommendations arising from these research studies with teachers and senior leaders in our Girls’ Participation in A-level Mathematics and Further Mathematics Briefing Document – this includes factors such as the importance of a whole-school culture in secondary schools which promotes post-16 study of advanced level Mathematics from Year 7 onwards, as well as the importance of engaging with parents and carers about promoting a positive message about studying mathematics post-GCSE.

The number of girls taking A-level Mathematics has increased from around 19,000 in 2003 to almost 36,000 last year – an increase of 85%. The numbers for Further Mathematics are even more encouraging, increasing from just under 1,500 in 2003 to over 4,200 in 2016 meaning participation by girls almost trebled during this period. However, data (summarised in the briefing document mentioned above) shows that boys are around twice as likely to choose A-level Mathematics as one of their A level subjects than girls, and are over 3.5 times more likely to choose Further Mathematics.

Research suggests this may be because girls attain a higher proportion of A and A* GCSE grades across the range of subjects they take and therefore have more possible choices available to them for A-level study. There is also a suggestion that girls may see post-16 study of mathematics as more of a risk compared to other subjects. We would encourage teachers and parents to reassure able girls throughout their secondary school studies of mathematics (and earlier!) that they are capable of achieving advanced level mathematics qualifications and emphasise the huge range of potential careers for which it would be a valuable qualification.

Carol Dweck’s important work in this area suggests that having a fixed mindset – where people believe qualities such as their intelligence are fixed – can stand in the way of being successful. She argues that a growth mindset – in which intelligence and skills can be developed through hard work – and the building of resilience are essential for attaining desired goals.

This is a message that I have always tried to promote in my teaching of mathematics, especially post-16. Sometimes students have found GCSE quite easy and, when they commence their A-level studies and find the subject more demanding, feel they are no longer as good a mathematician as they thought they were.

In fact, I think everyone reaches the stage in their mathematical education where there is a hurdle – for me it was A-level, for some of my friends it was GCSE or degree level study. Accepting that ‘getting it right first time’ won’t always be possible, and that in fact making mistakes can be a much more valuable learning experience, is key. Since research shows that girls generally have a lower self-concept than boys in relation to mathematics, stressing the importance of developing resilience is especially important for parents and teachers working with girls.

Research studies have shown that students can often find it difficult to name careers in which mathematics is a useful or vital qualification – often the careers named are limited to teacher or accountant, whereas in reality there are a vast range of careers for which mathematical skills are fundamental.

Good careers advice can make this clear to students from an early age and support them in making good choices for their future study. There are sometimes misconceptions about A-level choices, for example that taking Further Mathematics would mean that a student was unable to progress to a career in medicine (see furthermaths.org.uk/medicine for more guidance on this topic), which research has shown may be a barrier to some girls’ participation in Further Mathematics.

Additionally, the stereotype of engineering being a subject for boys is hopefully now outdated, but students may not be aware of the wide range of different types of engineering and the huge range of applications. In our advice leaflet for students and on our website we illustrate some of the many, varied careers which use mathematics from working as a statistician for the NHS Blood and Transplant service to using cryptography to provide high levels of security for services such as online shopping.

Coming up next for me and the Further Mathematics Support Programme

The FMSP hopes to continue its work over the coming years, in order to ensure that all students who wish to do so have the opportunity to study Further Mathematics to AS or A-level. This is especially the case in areas where levels of participation in these subjects is low and we will continue to focus on increasing the proportion of girls who choose these subjects.

In addition, with the new Mathematics GCSE being taken for the first time this summer, and new AS and A-level qualifications in Mathematics and Further Mathematics being introduced from September 2017, we will be busy working with teachers to support the implementation of these changes and continuing to provide Further Mathematics tuition for students who are not currently able to access it in their own school or college.

From a personal point of view, when I started teaching twenty years ago I could not have envisaged what a diverse career I would have. I have been lucky enough to teach in comprehensives, a grammar school, a Further Education College, a Sixth Form College and have worked in teacher training at a Higher Education Institution.

In my current role, all of the skills I have developed over the years and the experience I have gained have come together in a really diverse and varied role with the FMSP. I am looking forward to continuing working with local schools and teachers, especially in the North West, where I am based, and being part of the drive to support and promote participation in these subjects which I feel formed such a huge part of my own personal and educational development. 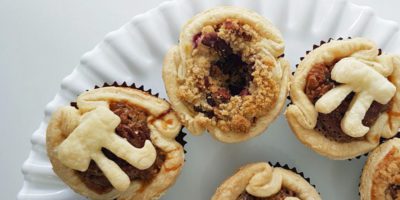 Celebrating Pi Day and using STEAM to engage people in science the same way they engage in art – Kristine Bauer, Assistant Professor of Mathematics at the University of Calgary 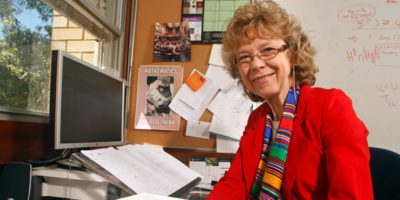 Proving them wrong: “Girls don’t do maths. They don’t pass.” Oh yes they do – Cheryl Praeger, Professor of Mathematics at the University of Western Australia (UWA) 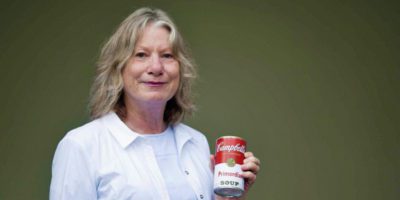