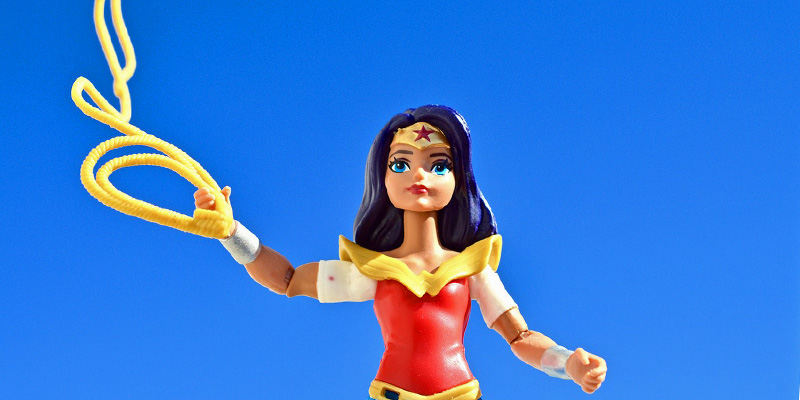 Mathematical knowledge – a superpower we can all learn

Hello and welcome to issue 76, Women in Maths. I’ve been chatting to some of the best mathematicians in the world and it turns out that maths is all around us. Who knew? Maths is incredibly powerful too. Putting this edition together I’ve learnt that you can, with logical argument alone, show that something is true – always, anywhere, in any language and for all time. (Thank you to Professor Sarah Hart for sharing that one.)

Why did nobody tell me that when I was in my teens? If you want to get teenage girls to study something, just tell them that it will help them win any argument for life and maths classrooms would be packed to the rafters.

I hadn’t realised the significance of maths in computing either until I spoke to Professor Cheryl Praeger. Maths is behind all the algorithms that make computers work so anything that involves computing and tech needs maths. It’s so obvious when you think about it, but so often maths is presented as a series of dull exercises that bear little relation to real life. In reality, if you can do maths you are essentially able to invent the future. Wow.

This issue we also look again at Citizen Maths, a free course that helps people who want to revisit their maths from school. Nicky Mitchell tells us about using it to get over her maths anxiety. Let’s face it, for those who didn’t choose a STEM route, who can’t remember the horror of the classroom and the fear of being asked to answer a question when you had no proper understanding of the concepts being discussed?

I read somewhere online that it takes up to six positive comments to offset one negative one, so let’s face it, if your lived experience of maths is painful and unpleasant (and you feel you’ve been let down in the past), it’s going to take an investment of a lot of emotional energy, faith and trust into overcome this. It’s important to surround yourself with supportive and patient people too. But there’s a powerful incentive to overcome your maths demons when you can work towards exchanging them for the comfort that familiarity with numbers brings.

I’ve always been numerate. I worked in a bank for six years in the holidays whilst I was studying – when you’re dishing out somebody else’s cash and you’ve got to balance your till at the end of the day your mind focuses very quickly. Similarly, when I worked in a hotel bar during the summer holidays when I was at university I became good at adding up in my head, and I got fast, as it made my life easier because it enabled me to keep queues of punters baying for alcohol under control. It was almost Darwinian – I was adapting to survive.

We’ve all got more mathematical ability than we realise

I studied business at university and in my first year ‘quantitative methods’ programme was compulsory. The teaching was dry and I found it pretty grim, but it wasn’t until I’d passed the exam at the end of the year that a tutor told me that I’d attained the equivalent of A-level statistics. I’m convinced I wouldn’t have passed if I’d been told that before the exam. It we build something up to be big and scary, guess what? It becomes big and scary, whereas if we treat something as no big deal and take the pressure out of the situation, we can succeed.

You don’t need to be dead to be a mathematician

This brings me to another important point that I’ve learnt as I’ve been putting Womanthology together, the idea of all mathematicians being statistical geniuses who sit doing complex calculations all day and then congratulating themselves on how well they have done is a complete myth. And you don’t need to have wild hair, a tweed blazer with leather elbow patches to do maths. 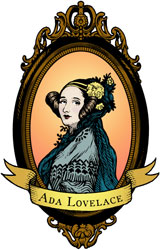 You don’t need to be dead either, but it would appear to help. Maths in school was a lot about people like Pythagoras, who were, surprise surprise, mainly men, and who were well, mainly dead. Strangely enough, as a female teenager I didn’t feel like I had much in common with an old Greek man who died in 495 BC. Had there been a few plucky women I could relate to I might have done better. I didn’t learn about Ada Lovelace properly until I chatted to Suw Charman-Anderson in 2015.

Becoming an “Enchantress of Numbers”

When I was at school if I had been told about a woman who was referred to by Charles Babbage as “Enchantress of Numbers”, I might have been more inclined to sit up and take notice. She sounded like someone worth hearing about, but until recently, like so many amazing women, she was kept almost secret.

So, the way we feel about a subject is a lot about the way it is presented to us. If we make maths something that is relevant to our lives, and we also change the way we study it, we can make a huge difference. Valerie Vincent from The Compton School is a brilliant example of someone who has come into teaching from industry so she is able to demonstrate the application of maths, and teach using video and software. Can you imagine if all you remember about maths was flipped on its head and it became your favourite subject because you were essentially learning a superpower?

It’s not what you do, it’s the way that you do it

In conclusion, maths is only as ‘scary’ as we, or the people around us, make it. The people who we placed on pedestals as being ‘maths geniuses’ in school had probably weren’t geniuses at all – they had just been taught that succeeding mathematics isn’t about knowing all the answers, it’s about how you behave when you don’t know them. A Chinese proverb says: “Tell me, I forget. Show me, I remember. Involve me, I understand.” So, it’s about involving learners.

What if being good at maths became a superpower to be revered? The good news is that mathematics is a superpower we can all learn.