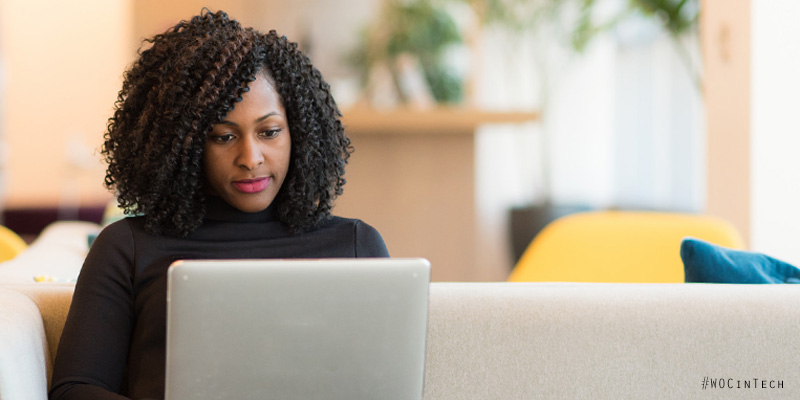 Helen Milner OBE is chief executive of Good Things Foundation, the UK’s leading digital inclusion charity. Helen has been working closely with Government Ministers and officials since the 1990s in pursuit of her ambition to ensure that no one is left behind as the world becomes increasingly digital. The organisation brings digital skills to those who can most benefit from them, having already supporting over 2 million people to take their first steps with digital.

“…Digital skills and inclusion are important levelers, and so it’s crucial that women have the skills so they can compete on an equal playing field…”

I have spent almost my whole career working on the Internet, and I’m passionate about making sure people who aren’t benefiting from technology can get all the skills they need to participate fully in society.

My ‘digital’ career began in 1986 working in the private sector for the Times Group (TTNS), developing online education content and services for UK children and schools; that was pre world wide web so very innovative, although I didn’t really know that at the time. I then worked in online education in Australia and Japan before returning to the UK, where I worked for the University of Sunderland and the policy think-tank the IPPR, including leading a pilot for Ufi (University for Industry) in 1997.

I helped to establish the learndirect network, before taking over the leadership of the UK online centres network (now the Online Centres Network) in 2006. Then, in 2011 I led the team as we span out of learndirect, establishing Good Things Foundation as a staff owned mutual, winning the contract to run the Online Centres Network. In 2016, we became a charity – one of the first UK charities be established with mutual principles, something which I’m incredibly proud of.

Tackling the issues of social and digital inclusion

In the last six years, Good Things Foundation has grown hugely as an organisation, broadening our income streams from just one contract with one Government department, to delivering projects and programmes with multiple government departments, corporate partners, and trusts and foundations. From our starting point of trying to solve the digital divide, we’re now tackling the issues of both social and digital inclusion within communities, at home in the UK and abroad.

I’ve received a few accolades for the work I’ve done which I’m incredibly proud of – particularly receiving an OBE for services to digital inclusion in the Queen’s Birthday Honours List in 2015. Other key achievements include being inducted into the Digital Hall of Fame in 2012, receiving the First Women Public Service Award in June 2015, and I was awarded Digital Leader of the Year in 2017.

I’ve been incredibly lucky to have worked with the Internet from the very early days, and it’s shaped my career completely. So I’m committed to ensuring that everyone can have these same chances. The Internet can be a huge leveller – but only if we ensure everyone can access it, and we really take advantage of the social benefits it can provide.

Most importantly, on a day to day basis I lead the strategic direction and vision of the organisation. Our vision is a world where everyone benefits from digital, and so I ensure that everything we do – whether this is developing a new project with a partner, ensuring our learning platform is fit for purpose for the hardest to reach, or securing funding for the 5,000 organisations in the Online Centres Network working in their communities, contributes to this. 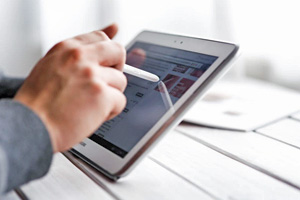 Leading income generation is a big part of my role, and includes continuing to diversifying income streams, developing partnerships and propositions with Governments, foundations, and corporate partners, in the UK and internationally.

I lead a team of around 50 people, and so I try to be in Sheffield, where our office is at least a couple of days a week, meeting with directors and heads of department to ensure the organisation is running smoothly. I also working closely with our board to ensure good governance.

When I’m not in Sheffield, or working in Sydney where we have recently established an Australian office, I am often in London, meeting with partners including MPs, ministers and CEOs of large organisation and charities.

I spend quite a bit of time advising Government, including meeting with ministers and civil servants, ensuring they understand the importance of digital and social inclusion. I sit on the UK Government’s Digital Skills Partnership, and have recently been a Specialist Adviser on Digital to the Public Accounts Committee, as well as a Commissioner for the Speaker’s Commission on Digital Democracy.

Lastly, I know I get most of my inspiration when I’m out in communities, meeting with the organisations who are really making the difference, and the people whose lives have been changed through digital. I try to do this as often as I can so I can hear first hand about the impact of the internet – this motivates me and helps me to focus our strategy so that we can go further and work faster so we can have a positive impact on as many people’s lives as possible.

From Sheffield to Sydney

As an ambitious organisation who are keen to extend the social impact of our work, we’ve been looking of opportunities to share our model and expertise internationally for some time now, both in the developing and the developed world.

The Australian Government has been particularly ambitious and forward thinking in looking to develop a national digital inclusion programme, similar to in the UK, and so when they were looking for an organisation to establish and run a new digital inclusion network for older Australians, we jumped at the chance to be involved. 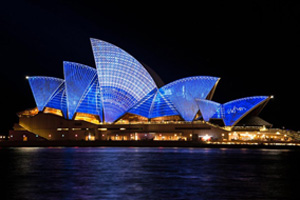 Over the last few months, we established a new Good Things office in Sydney, began building our Australian team, and are also growing a new digital inclusion movement of community organisations called the Be Connected network, which will help older Australians to benefit from technology. We’re positive about the impact we can have in Australia, and we hope that Good Things Foundation Australia will mirror the breadth and depth of work we’ve built up in the UK.

We’re also really excited to be running a pilot in Kenya with the Kenyan National Library Service. The pilot is teaching us lots about how we can work with our organisations to build their capacity, and create sustainable models that can have a particular impact in the developing world.

What we mean by the term ‘digital inclusion’

Digital inclusion is having the skills, confidence and access to be able to use the technology to thrive in today’s digital society, There are 11.5 million people in the UK who don’t have basic digital skills, and 15.2 million who are either non or limited users, and so aren’t getting any real benefit from technology. As digital is so critical in today’s world, these numbers often surprise people – the scale of the problem is huge.

The people who are being left behind are disproportionately older, from poorer socio-economic backgrounds, unemployed or disabled. These are the people who are struggling the most in today’s society, but they’re being further disadvantaged by the fact that don’t have access to the same kind of opportunities as those who are confident users of digital, and so being digitally excluded just compounds this issue.

There are also a huge number of small businesses and charities who aren’t making the most of technology, so they’re missing opportunities to grow their organisations, bring in more money, and extend their reach.

Implications for the economy

The implications of digital exclusion for the UK economy are huge, and the benefits range from helping people to improve their health outcomes, to getting people into work, reducing social isolation, financial exclusion and much more. In fact, a report we commissioned along with Go ON UK in 2015 showed that giving UK citizens training in digital skills would contribute over £14 billion to UK economy by 2025.

We’re fortunate in the UK that the Government does recognise the power of digital, and has established the Digital Skills Partnership, which brings a range private, public and third sector organisations together to ensure that no one is being left behind. We’re delighted to be part of this partnership.

Why digital skills are so empowering for women

Digital skills and inclusion are important levelers, and so it’s crucial that women have the skills so they can compete on an equal playing field. Whether women are returning to the workplace after looking after their family, wanting to keep their children safe online, wanting to connect with others in their community, or much more, digital can help make their lives easier, and open up many more opportunities.

We’re particularly interested in the importance of digital skills for women in our work in developing nations, for example in Kenya, as we know digital skills can really transform the lives of women, helping them to access economic and career opportunities that would be impossible without it.

Our work in Australia will continue to be a huge focus over the coming months, as we develop the community network, and look to grow new partnerships, which is something I’m really looking forward to.

In the UK, we’ll continue to develop our digital and social inclusion programmes. I’m particularly excited about our work developing programmes that will help us tackle some of our big social challenges – like social exclusion, isolation and poverty. As always, we’ll be looking to secure funding to have an impact on the lives of those who are often the furthest away from help, and that’s something we will continue to do.