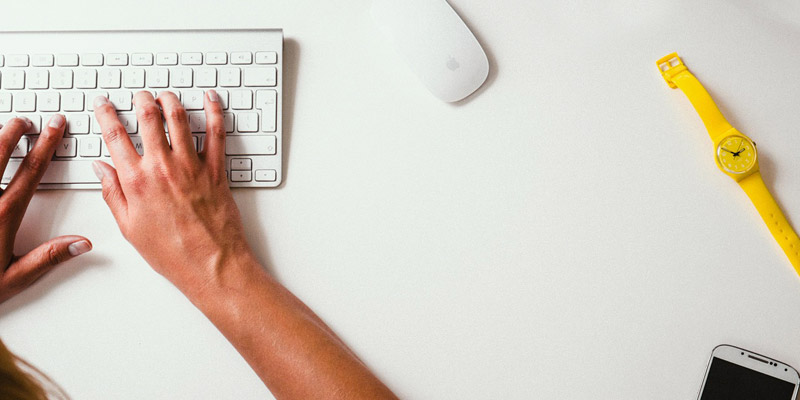 On Monday 30th November 2015 the Young Women’s Trust launched their annual report – The Clock Turns Back for Young Women in Britain. In short, despite 100 years since women first got the vote in Britain and 25 years after the equal pay, the report finds that young women today feel traditional male roles are beyond their reach. The report looks at the diminishing equality of opportunity for young women particularly in regards to work and the impact this has on their general wellbeing.

Background to the new report

Previous research conducted by the Young Women’s Trust (YWT), including findings from our Scarred for Life? Inquiry, has shown that there are more young women in the UK who are NEET, (not in education employment or training) and that double the number of young women are stuck in low paid or insecure jobs.

We have also found that high numbers of young women are filled with dread about their finances. For many the costs of housing, childcare and transport are so high they cannot afford to take low paid jobs or apprenticeships. It was against this background that YWT decided to produce an annual report which demonstrates the concerns and challenges that face young women today.

For the first of our annual reports, The Clock Turns Back for Young Women, we commissioned a poll from ComRes which covered men and women. The sample included all socioeconomic status groups. Our analysis focused on women, 31 and over (800), and 18-30 (579).

We also conducted in-depth interviews with a selection of the young women we work with, excerpts of which were included in the report as quotes. 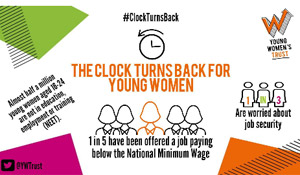 The poll also showed that young women are struggling to find work that covers even the basic cost of living. 20% said that they have been offered jobs less than the National Minimum Wage and 39% that they want more working hours. 50% are worried about being able to pay their housing bills.

YWT suggests that young women’s traditional views are associated with the stubbornly gendered nature of training and work, limiting and restricting the opportunities for young women. For example only 2.7% of apprentices in construction and engineering are women, while in health, social services and children’s care, 86% are women. In STEM (science, technology, engineering and mathematics) only 13% of the workforce is female.

Similarly, some of the young women involved in our Scarred for Life? Inquiry last year, also informed us that they were being funnelled into a narrow range of careers whilst at school – primarily through being offered gendered careers advice.

How the Young Women’s Trust is supporting young women

YWT provides a free telephone and online coaching and advice service for young women struggling to find and sustain work. The service improves employability and works to improve young women’s self confidence and self-esteem, and revives their motivation to keep going despite repeated knocks. YWT is also conducting research and campaigning for changes in policy, practice and attitude.

Action needed to improve the situation and challenge stereotypes

YWT is making a number of recommendations to stop the clock going backwards and to ensure that young women can move forward again on the path of aspiration.

Employers, especially those developing large-scale projects, are encouraged to put in place recruitment and retention practices which genuinely reach out to young women. Lessons can be learned from the ‘Two Ticks’ system for disabled job candidates and the Equality and Human Rights Commission (EHRC) guidance concerning ways of recruiting under-represented groups. These include:

YWT is also campaigning for all young people to be paid at least the National Minimum wage and for the abolition of the lower rates for those on apprenticeships or under 25.

Womanthology readers can get involved in a number of ways