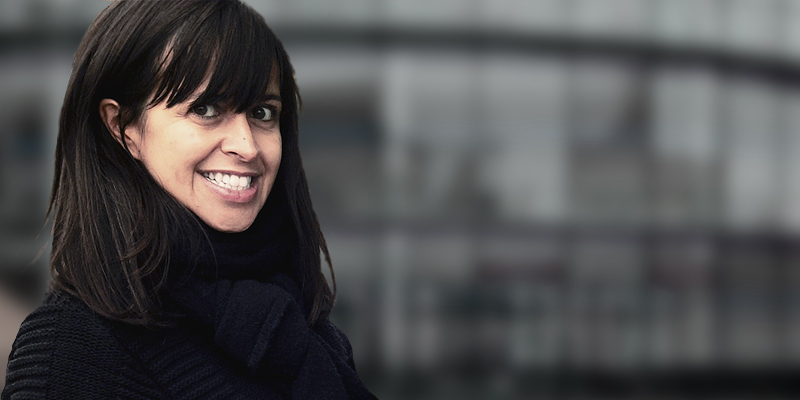 Amanda Thomson is CEO and creator of the Skinny Champagne brand. Formerly a BBC broadcaster, Amanda moved to Paris in 2010 to fulfil a life-long ambition to study wine and Champagne. Her diploma at Le Cordon Bleu was taught in French under renowned wine teacher, Franck Ramage. Legendary wine expert Gerard Basset OBE is her mentor. Amanda has single-handedly launched a No Sugar, Grand Cru “Skinny Champagne” with the backing of its acclaimed French maker, Alexandre Penet, including a new collaborative label – a world first.

“…Don’t you have to be a bit unconventional to do something different in what is essentially still a man’s world..?”

At a party one night in the late autumn of 2009 we decided to move to Paris. Maybe we were drunk, but by 1 January 2010, there we were – high up in our 7th arrondissement cupboard of an apartment, wondering what on earth we had been thinking. Leaving our easy Winchester life far behind for what was a passion at best, a disaster at worst.

I had had a dream about working with Champagne. After all, it was the cause of our gung-ho suggestion of relocating to France. Oh, and by the way, neither my husband nor I could construct a single sentence in French.

Three years later we had fallen in love with Paris

It was apparently the coldest, snowiest winter for years and combining the initial language barrier with a carbon monoxide scare in our kitchen, along with returning to being a student in my late 30s, it was, no doubt, bordering on madness to even stay there the planned six months. The Parisians are renowned for their rudeness, but living amongst them was initially a lesson in self-control. I lost count of the times I went toe to toe with some grande dame on the bus who thought it their right to tell me how to raise my child. But three years later we had fallen in love with the city. Of course.

Crazy to start a Champagne business?

If I had a pound for everybody who said I was crazy to start a Champagne business in the UK without huge investment behind me, I wouldn’t be writing this – I’d be on a yacht in the Cote d’Azur. Bloody mindedness, along with what has now become a business TV cliché – a refusal to fail – pushed me forward.

Back to Paris and I had decided that if I were going to change careers – having always been a broadcaster – I had to do it properly. This meant the best mentor and the best teacher. The best mentor happened to conveniently have a hotel and restaurant near my home in Hampshire. Gerard Basset OBE, the world’s most celebrated sommelier and co-founder of Hotel du Vin has shared his wisdom and expertise.

Franck Ramage, arguably one of the world’s best wine teachers was further away in France’s chic capital. The combination of a creative, open-minded husband with a business he could potentially run in Paris as well as London, and children we both felt would benefit greatly from time living abroad, drove us all to pursue the unconventional journey.

The wine course was a revelation; Tough in many ways being away from my children a lot, not earning any money, and being well out of my comfort zone alongside fellow students from all over the world with an average age of 20-something. But I threw myself into the world of French wine, determined to connect with the passion and the tradition.

Surprisingly, my closest ally on the course turned out to be a 21 year old Asian Texan, who shared my drive and, importantly, sense of humour. He had fallen in love with fine wine in Hong Kong at the age when boys normally obsess over cars or girls. His combination of excitement and broad knowledge for the world of wine inspired me. I realised it was entirely possible to build a business where the “snobbery” usually surrounding wine was sidelined to focus on the sheer brilliance of it.

We made a funny pair visiting the vineyards and I had a light bulb moment understanding that my strength in the wine world would be personality, warmth and connection – far from the stuffiness so common in wine selling and tasting. I learnt fast that “different” could be useful.

When in Burgundy, our natural excitement meant were offered rare allocations of wine we could never afford, simply because the passionate wine makers connected with us. Yes, I had an understanding of wine, but I also had an intense curiosity surrounding every element of the process; no surprise I suppose when I remember that I am a journalist first and foremost, always curious about life in general.

When asked to write this piece, “wisdom” was mentioned as one topic, and I wouldn’t dare to suggest I have any. What I do have is passion, energy and a drive for success that is defined I suppose in personal terms, though I would like to not worry about the bills and buy a St Laurent tux without thinking twice. Really, I want to see people ordering Skinny Champagne all around the globe. That’s the truth of it.

Only ever cry quietly to yourself

I have learnt that a lot of people will want you to fail and here you have to smile and put in those invisible earplugs. But luckily there will also be people who really want to see you succeed – and sometimes it’s not always those you expect. Thick skin as an entrepreneur is essential. Only ever cry quietly to yourself.

The highs are high and the lows are frankly awful. There are days when I think I must have lost my mind and then something rather wonderful happens to restore my faith in this uncharted journey. If all this makes me sound a bit mad, then perhaps those people who told me that I was were right.

Don’t you have to be a bit unconventional to do something different in what is essentially still a man’s world? I’ve survived so far. I’ve made friends with some tough Alpha males in my time, so there’s little chance that I’ll let the fine wine old school stop me. Let’s face it, if I can manage the Parisians, I can manage anyone.