You are currently reading Issue 10, July 2014
Skip to content 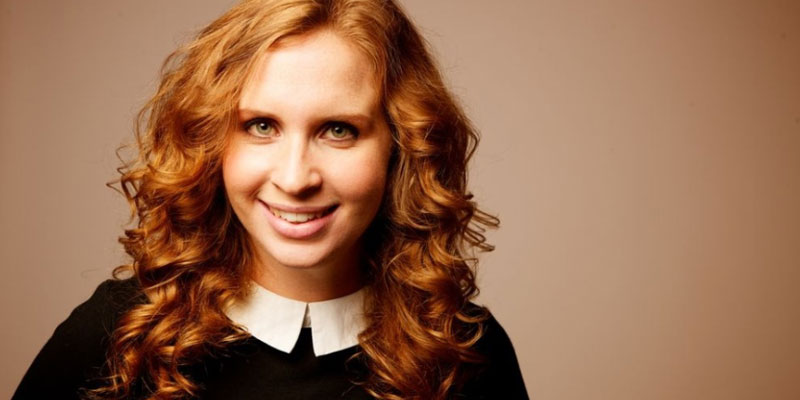 Kate Grey is a Paralympic swimmer and represented Great Britain for ten years. During that time she competed at European Championships, World Championships and the 2008 Beijing Paralympics. Due to unfortunate timing of events Kate has turned her focus to a role as an athlete mentor working with young people to promote the power of sport and most recently has begun carving a new career in the world of media and broadcasting.

My dad always used to say that in life everybody experiences a defining moment, a moment that sets you up on a new path in life. For me that moment came in 1991 when I was two years old, and I managed to chop my left hand off in a sausage machine…

I don’t remember much from that day. But for my parents the memories are still vivid and emotional. They struggle to talk about exactly what happened so I suppose I’ve created my own story. To put it simply; I was always a curious child looking for trouble and living on a farm offered many opportunities for my curiosity. And in this instance I took it one step too far.

My first clear memory was waking up in the hospital following the operation, and like most toddlers the first thing I wanted to do was to suck my thumb, but my left thumb was no longer there. I looked to my mum with a confused face, but she didn’t know what to say, still coming to terms with what had happened. It didn’t take long for me to find my right thumb, put that in my mouth and I was sorted. At two years old I was already adapting to a life with one hand.

Starting school was an exciting experience for me, making friends and trying new things. However my parents were a little apprehensive, because not only did I have one hand, I also had crazy curly ginger hair, a face full of freckles, gap in my front teeth and acted like a tom boy.

The reality being I wasn’t like other the children and my parents thought I would be a target for bullying. But to this day I can happily say I have never been picked on or bullied and the only reason I can think of is that I have always been a confident girl and proud of who I am.

Back when I was at school (20 years ago) the Paralympics wasn’t on our televisions and disability was an elephant in the room. So I made it my mission to ensure people didn’t feel uncomfortable around me. I used to wear a prosthetic and would regular take it off and let my class mates play with it and ask questions, because the beauty about children is that they are very accepting if you let them explore and understand. And with their acceptance came respect.

No such word as can’t

I believe my confidence stemmed from taking part in physical activity because I was never academically driven. But the opportunity to take part in sport and run around like a headless chicken excited me.

Although having a physical disability meant that people assumed I couldn’t do things like catch or climb or skip. And to be honest with you I wasn’t good at any of them to begin with, but the word ‘can’t’ was not in my dictionary and I gained a lot of satisfaction from proving people wrong. By the time I was in secondary school I was captain of my netball team and took part in every sports club available to me.

Swimming round in circles

I started swimming at the age of four mainly for the safety aspect, but unlike other sports it did not come naturally to me. I struggled to balance, and when I tried to swim I was like a rowing boat with one paddle and found myself swimming in circles.

All my friends were moving up groups into deeper water and I was still in the baby pool trying to stay afloat. It took me about five years to learn how to swim and as frustrating as that time was I believe it taught me the skill of perseverance and an attitude that never gives up.

By the age of ten I felt I’d reached my potential in swimming; I was never going to be as fast as my peers for obvious reasons and being a very competitive individual I wanted to focus on sports that I could win.

It was at that point that my swimming teacher asked if I’d like to try competing at a disability event. Unintentionally I had never been exposed to the world of disability, because the Paralympics were not widely recognised in those days, so I decided the opportunity was worth investigating.

Little did I know that I was quite good at swimming for someone with one hand and I won my first medal; it was bronze and only the size of a 50 pence piece. But that triggered the beginning of my swimming career. 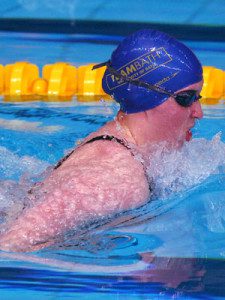 My love of swimming progressed quickly and so did my ability, by the time I was thirteen years old I was competing at national disability competitions and training every day.

I was scouted as a potential Paralympian and selected onto the British swimming development squad. With this came a lot of pressure and expectation. But thanks to a very supportive team and family around me I was able to take on the new challenges in front of me as well as keep myself grounded about the realities of elite level sport.

An athlete’s life cycle is very short in the grand scheme of things especially swimmers, so I was always very conscious about keeping on top of my school work knowing that when the bubble bursts I would need a backup plan.

In 2005 London won the bid for the 2012 games I can remember this moment well as I was on the farm with my dad painting some sheds, and when they announced ‘London’ dad had a slight tear in his eye. It was Great Britain’s time to shine and he knew it was a once in a life time opportunity for me to represent my country at a home games. What better incentive did I need?

Everything stepped up a gear; I was selected for the World Championships in 2006 and won a silver medal in the relay, accepted into the University of Bath in 2007, qualified for the Beijing Paralympics in 2008, where I just missed out on a medal. Success came in 2009 at the Shortcourse World Championships where I won a silver and bronze medal. I then just about managed to graduate in 2010. 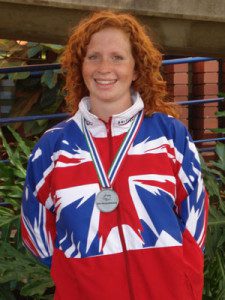 Time to take a deep breath

It was two years to London 2012 so I decided to train as a full-time athlete. Up to 6 hours a day in the pool and gym, the rest of the time eating and sleeping. This was a big commitment to make but probably no different to any other elite athlete at that time.

I started to see the benefits of my hard work and in 2011 exactly a year until the trials for London I swam the best competition of my career, personal bests in all my events, topping the podium and beating some of my toughest rivals. I was proving that I was a contender for the medal at the Paralympic Games. But it was no time to celebrate, I had to keep my head down.

The 12 months that followed is a time I try to forget, which involved my health taking a rapid decline, ending with a diagnoses of glandualar fever. The reality was that I had become so obsessed with winning a medal in London that I stopped listening to my body which had burnt out physically and mentally. I missed out on qualifying for London 2012 by half a second, which in racing terms is quite a big margin but when I think about it, it’s just a click of my fingers.

The next few weeks were the toughest I had ever faced, constantly being reminded of the biggest sporting event in the world that I was no longer going to be a part of. I couldn’t hideaway from it so I decided to embrace it.

Sport may have put me through hell and back but it’s also given me the confidence and self belief to do what ever I want to in life. And I wanted to other young people to feel the same way. So I started doing presentations in schools and sharing my experiences, challenges, highs and lows and to my surprise it went down very well with the young people.

This has been my passion ever since and over time has helped me heal from the disappointment of not competing in London. 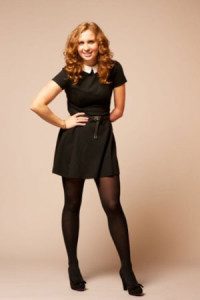 I’m not sure if the final tale of my story was a case of luck or a result of all the hard work and decisions I had made over the years, but I received a call from the BBC one afternoon asking would I like to work as a pundit and commentator at the Paralympics in London?

I do remember falling off my chair and crying my eyes out (once I’d put the phone down), because I realised this was a huge opportunity and my ticket to the event that I had been dreaming about.

The 11 days of Paralympic action that unfolded in the summer of 2012 is all a bit of a blur to me now, involving cheers and tears live on national radio. It was also the summer when the British public accepted disability sport like any other sport, as a spectacle and demonstration of elite athletes competing at their best.

It triggered a change that I believe has provided me with a career in the exciting world of broadcasting. Turns out I’m quite good at chatting about sport and can now call myself a sports reporter, with a particular focus and interest in Paralympic, women’s and minority sports.

When I was young I had two goals: 1. To be a P.E teacher 2. To win a Paralympic medal. As I sit here today writing this blog I can say I have not achieved either of those goals, but I would not have changed a thing in my 25 years; because life is full of many unplanned moments and events that can make you or break you and it’s up go you what you do with them. 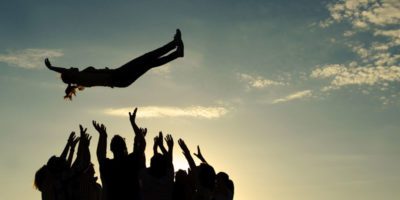 Social Entrepreneur, Julie Lawn of Cute Dog Consulting tells Womanthology why she wants social enterprise to break traditional business models and change (a small bit of) the World for women 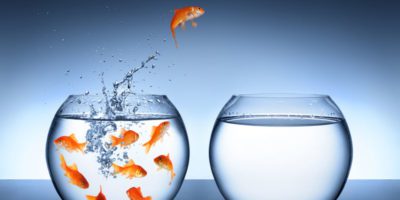 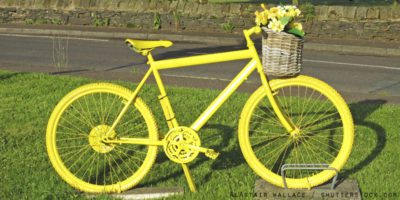 Stefan Wyman, Sports Director and Manager for the Matrix Fitness – Vulpine Women’s Cycling Team on why it’s time for a top class Women’s cycle race in Yorkshire to build on the success of the men only Grand Depart