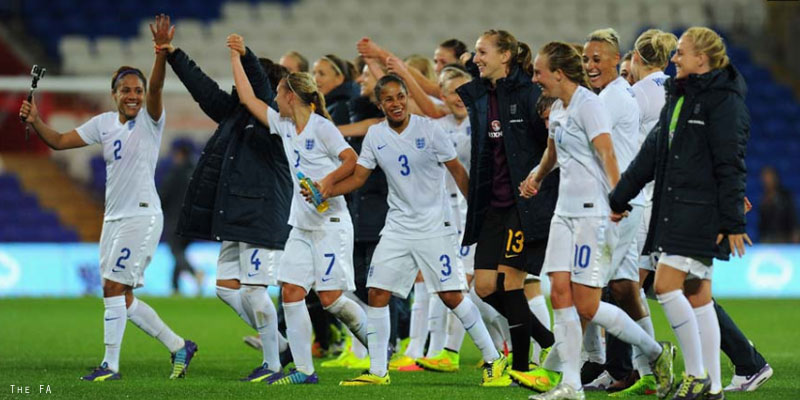 On 22nd August 2014, the FA announced that England Women’s team will take to the pitch at the new Wembley Stadium for the first time ever in November, playing Germany in an international on Sunday 23rd November 2014. On 31st October the Football Association confirmed that ticket sales were just under 41,000, above the target of 30,000. Ticket sales in the weeks before the game are expected to be strong, with the potential for the crowd to exceed 50,000. (The last men’s friendly against Norway on 3rd September drew an attendance of 40,181.)

What is the background to the decision for the England Women to play at Wembley?

We have had a strategy in place to take the England Women’s games, and accompanying Fanzones, around the country to showcase the women’s game and help to build a strong fanbase.

In 2012, we saw how popular women’s football was at the London Olympics, especially when more than 70,000 fans came to Wembley to see Team GB beat Brazil 1-0. It felt like a real landmark moment for women’s football in this country and since then, we’ve been looking for the right opportunity to bring an England game here – and against world class opposition.

They don’t come any more world class than Germany and it will be a fantastic test for the players and a great spectacle for the fans.

What does it mean to the players, management and coaching staff for the team to be able to play at one of the spiritual homes of English football? 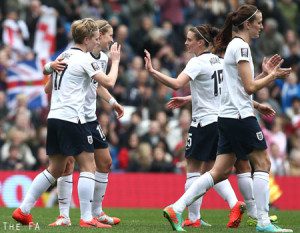 The playing and coaching staff are very excited about playing at Wembley and being part of such a big occasion in the women’s game. It is an iconic stadium and the home of English football.

Many of the players have told us that it’s something they’ve always dreamt of – pulling an England shirt on and walking out onto the pitch at Wembley – and it’s great that they are getting that opportunity.

We hope that everyone will get behind the women’s team and come and support them on the day. It’ll also be a celebration of the team’s qualification for next summer’s FIFA Women’s World Cup, which takes place in Canada.

What was the reaction like from fans when the team qualified by beating the Welsh team in Cardiff on 21st August?

The fans have been fantastic and were obviously delighted with the qualifying campaign results – we won all ten games, scored 52 and only conceded one goal.

We’ve played in front of some great crowds, with more than 6,000 at Portsmouth and Bournemouth and around 9,000 at Brighton & Hove Albion. We have also had fantastic coverage and viewing figures from the BBC, with more than a million viewers tuning in each match.

Are sponsors starting to see the commercial benefits of supporting the women’s game now?

Yes, as part of Game Changer, The FA’s strategy for women’s football, we have focused on separating out and selling the women’s rights away from the men’s rights.

We work with four commercial partners, Vauxhall, Nike, BT Sport and Continental, who really see the potential in the game and give us great support, while our broadcast partnerships with BBC and BT Sport has led to unprecedented levels of national coverage.

Are you able to share any of the team’s plans for preparation for the Women’s World Cup next year?

We are currently finalising plans it but it will involve playing more international friendlies against top quality opposition.

It will also involve training on FTPs (Astroturf), as the World Cup will be played on artificial pitches, and we want to make sure the players are as prepared as possible to do as well as they can in Canada next summer.

Find out more about the England Women’s Team at: