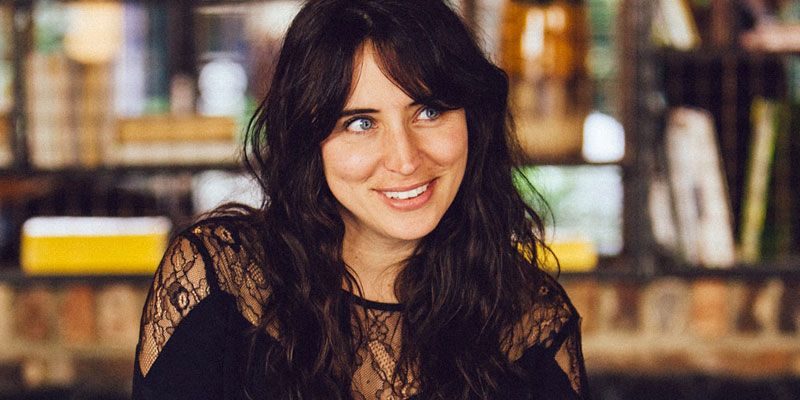 Julia Pearson is Head of PR and Communications at The Hoxton which has hotels in Shoreditch and Holborn. She is also co-editor and co-founder of London On The Inside, which she established in July 2010 and has gathered more than 60,000 Twitter followers who want to know what’s hot in London. Originally from Middlesbrough, Julia studied Marketing Management at Northumbria University, before heading to the capital after she graduated in 2006.

Julia – you’re a busy woman of many talents, with several careers on the go at once. Please can you tell our readers about your various roles and ventures?

I kind of fell into travel PR after spending 12 months travelling, moving to London and deciding PR seemed like a pretty good career for me. I’m naturally chatty, love meeting new people and have a passion for travelling…although my spelling could be improved! I used to be in an agency and The Hoxton was a client. I fell in love with the brand, the team and the hotel, so jumped “in house” as they call it.

The website came later as I found when working in PR I was savvy to lots of “inside info” and was always emailing friends about new places, offers etc. My co-founder worked in music and again was always trying to hunt out the next big thing and then another one of our long term writers worked in fashion and she’d bring the sample sales. Kind of made sense to create somewhere to share all the info rather than on my Facebook status.

The hard work paid off and London On The Inside is now a force to be reckoned with! It’s hard work, but it means I get to go to lots of place and do some really, amazing, crazy things!

How would you say that your various roles fit together? There seems to be a synergy there as they’re all related to the leisure sector.

I am not going to lie – working two jobs is hard work but there are so many opportunities which come my way that I can use in both roles. For example I am often out and about at press launches for the blog that allows me to build my database of contacts for The Hoxton and work on my relationships.

I also meet some amazing people through the blog which I then connect with the team at The Hoxton, recently for example I met Miss Cakehead at one of her London events and she ended up doing a pop-up at The Hoxton which went crazy! And vice-versa, I met Sonya the editor of the Time Out blog through my PR work and impressed her so much she gave London On The Inside a monthly column on the blog for which I am eternally grateful.

How difficult is it to juggle them all?

There are some late nights and weekend work involved but it really does go hand in hand. Plus when you genuinely love your job it doesn’t feel like hard work. I’m currently staying late in the office to write this interview but it doesn’t feel like a chore – I love shouting about what I do!

And I am incredibly lucky to PR a brand that I love and believe in so it doesn’t feel like a hard sell – plus my team are all amazing. I actually miss work when I am on holiday… That’s weird, right?

I liked the idea of being creative, of taking brands and coming up with ideas to get them in the papers. Originally I wanted to work in consumer PR but then I interned in a travel agency and loved it. Plus it kind of made sense as I love travelling, I had just returned from 12 months around the world the excitement of discovering new places was very appealing.

What would your advice be for those who want to get into PR in the leisure sector?

Work hard and play hard. It’s just as important to be out and about, meeting new people as it is to be sat at your desk writing and pitching. Find something you really love too, whether it’s hotels, food, drinks, travel and concentrate on that area.

If you love something doing the PR for it is easy, plus if it’s a genuine love it comes across. I am the least typical PR you will meet and don’t believe in being fake or that everything is “fabulous” “delicious” or “beautiful”. Be honest with journos or you’ll only get caught out and lose their respect.

What are the stand-out activities you’ve been involved in that you are most proud of in your career? 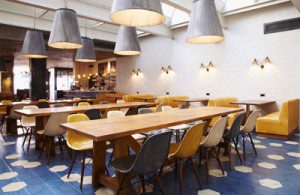 We just launched the new hotel, The Hoxton, Holborn and like everything The Hoxton does we did it a little bit differently, launching with an immersive play which ran across the whole space. The feedback and tweets afterwards were amazing!

The co-lab with Time Out is also good for the CV as they don’t work regularly with any other London website.

You co-founded London On The Inside with your co-editor Ben Smith. How did that come about?

Ben is one of my best friends, we met eight years ago and we’re both Northern so have similar banter only he’s the opposite of me. He’s laid back and I’m highly strung. It’s the perfect working relationship as I’m always rushing around but he’s very organised. Ask me how to create a newsletter and I wouldn’t have a clue, ask Ben about food in London and it’s a similar story.

How does it help having a co-founder to work with?

Ben now works full-time on the site so it means he can do work during working hours. He can follow up with paid work and also post throughout the day. If we didn’t have someone working on the site full-time I think we’d all drown in e-mails.

What are the best and worst bits of creating something from scratch?

The best bit is owning it and knowing it’s all yours, plus seeing it go from nothing to a successful company that people have heard of and actually have respect for.

The worst thing is not always knowing the answers to things, there’s a lot of trial and error that goes on, we can tell you! But at the end of the day we’re learning and growing month on month so it’s pretty amazing to see the numbers on social media, they speak for themselves.

London is a long way from your Middlesbrough roots. What, if anything, do you miss about ooopppp North?

The roast dinners – I mean come on – mashed potato is essential on a roast dinner and not one, but two Yorkshire puddings. Then there’s the countryside and beach right on our doorstep, not like London where you have to travel to find it. But it’s a small price to pay to live in this amazing, exciting city filled with adventure!

After great success in Shoreditch, the Hoxton has recently opened at Holborn in London. For people who haven’t had chance to visit yet, please could you describe the group and the brand? 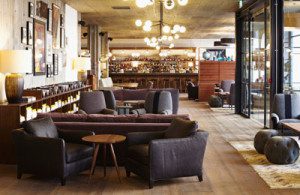 The Hoxton began life back in 2006 when it started doing things differently in Shoreditch, an area of London off the tourist trail. It was labelled the “no bullshit” hotel as it took away everything that pissed people off in other hotels and gave them what they needed for a comfy stay without adding on extras at every turn.

It also proved you could stay in a design lead hotel without paying the earth. That “NO RIP OFF” policy is still at the heart of what we do today and in the new hotel you’ll still find the usual Hoxton perks – free phone calls globally, free fresh milk, brekkie bag etc.

We’re also big on public spaces and perhaps one of my favourite comments on the new hotel was that it feels like it’s been there forever, it doesn’t feel new. Our spaces are open to one and all, we love the mixture of people we get in the hotel lobby, whether they are working, reading the papers or just people watching. Oh and we do some great, great cocktails. I can defo vouch for that!

You seem to have tapped into a strong market. What is next for the Hoxton group?

Next up is Amsterdam followed by Williamsburg, Paris and another London site. We’re also looking at other European cities, but rather than a big chain of hotels we want to create a series of individual properties inspired by their local area, from the wallpaper in the rooms to Hoxtown, our events programme which involves working with our neighbours and giving them a platform to showcase what they do.

What is next for you?

Planning the launch of Amsterdam and how we can top the immersive theatre play is going to take some thinking time alright! After all we like to do things differently, so we need to find something that’s yet to be done in Amsterdam. Any ideas would be appreciated!

We’re also expanding the “On The Inside” brand, launching Melbourne On The Inside, which is very exciting and Festivals On The Inside this summer, which will be a one stop place to go on everything festival related.