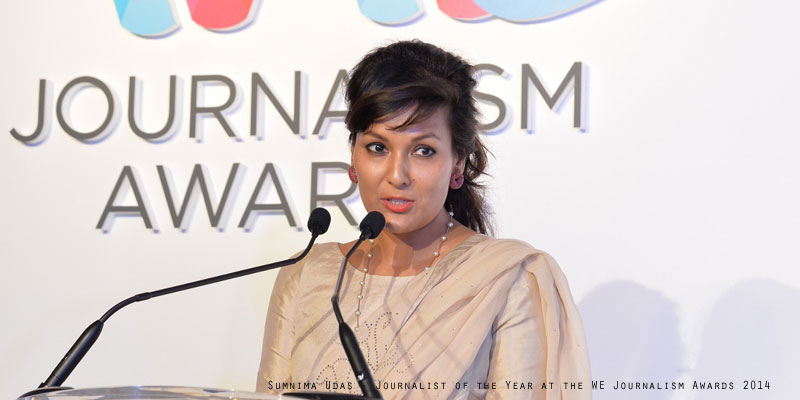 Sam Fischer became President, Diageo Greater China and Asia in September 2014 and a member of Diageo’s Global Executive Committee. He was appointed as Managing Director, Southeast Asia in 2009. He had previously served as General Manager, Diageo Vietnam, and prior to joining the organisation, worked at Colgate Palmolive for 15 years, culminating with his role as a General Manager in Central Europe.

The Women’s Empowerment Journalism Awards aim to inspire, nurture and advance quality reporting on women’s empowerment issues, so as to educate and empower communities across the world. An Asia Pacific initiative, the Awards are part of Diageo’s global ‘Plan W: Empowering Women through Learning’ programme which was launched in 2012. Diageo aims to empower 2 million women of all socio-economic profiles through training and skills development by 2017. To date we have empowered over 60,000 women and indirectly benefited over 300,000 people in the community.

The impact of our first WE Journalism Awards far exceeded our expectations, attracting over 300 entries in total. The shortlist included a roster of extraordinarily talented journalists whose inspiring narratives have not just raised awareness for women’s empowerment, but have created change as a result.

Women are finally being heard and the power of their stories being amplified by the media. The overwhelming response is proof that there is a need to recognise this work, and by doing so we inspire a next generation to cast a crucial light on women’s empowerment. The WE Journalism Awards reflects the importance we place on raising awareness for women’s empowerment.

Judging panel of women – respected advocates in their fields

We are honoured to once again have such a distinguished judging panel, all of whom are rallying behind a similar cause. Respected advocates in their fields, each have produced extraordinary work that focuses on this topic.

Submissions for the 2015 Awards are now open and journalists are welcome to submit their entries via the WE Journalism Awards website at www.WEJournalismAwards.com.

WE Journalism Awards 2015 will accept submissions and nominations for pieces published from 1st January 2014 – 31st December 2014. The deadline for entry is 31st December 2014 and short-listed finalists from across the region will be invited to attend a gala awards ceremony on 5th March 2015, held in Hong Kong, where the winners will be announced.