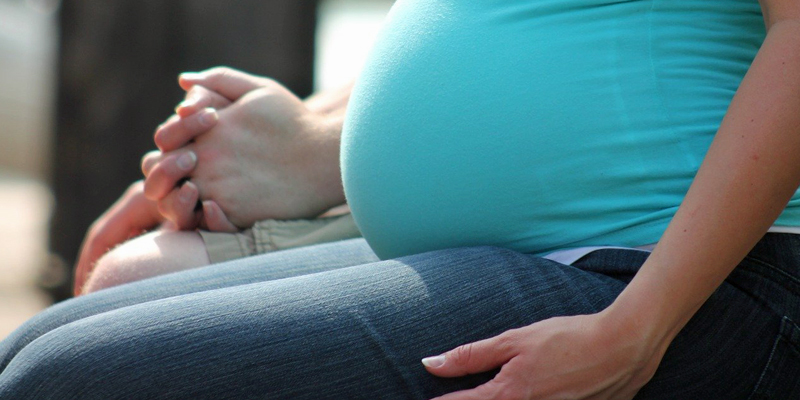 Rosalind Bragg is the director of Maternity Action UK. Rosalind has been with Maternity Action since 2008, where she advocated for stronger maternity rights and makes sure that women get the advice and support they need to exercise their rights. She is originally from Australia, where she worked on poverty and inequalities in the voluntary sector and has also spent time working in the New South Wales Parliament.

“It is unlawful to select a woman for redundancy because she is pregnant or has taken maternity leave. If a woman is on maternity leave when she is at risk of redundancy, she is entitled to be offered a suitable alternative job, if one is available. But what does this mean in practice?”

At Maternity Action, we are looking for change!

Maternity Action is the UK’s maternity rights charity working to protect and strengthen the rights of pregnant women and new mothers in employment and social security, and the rights to healthcare and support for migrant and asylum-seeking women.

We are the experts in employment rights, maternity pay, and benefits and our legal team delivers advice to over 2,000 women each year, as well as maintaining up to date online information on all aspects of maternity rights.

We know from our advice lines about the difficulties that women are facing so a big part of our work is campaigning for changes to law and policy.

No guidance for pregnant women

Pregnant women were identified as a ‘vulnerable’ group in a televised statement by the prime minister and chief medical officer on 16th March 2020, but they failed to follow this up with guidance for employers on how to treat their pregnant employees. 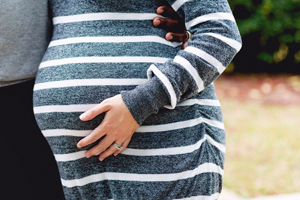 This led to our advice lines being swamped by calls from extremely distressed pregnant women whose employers were unlawfully insisting that women take sick leave (usually on statutory sick pay of just £96 per week), use their paid holiday entitlement, go on unpaid leave or start their maternity leave early.

Under existing health and safety law, if the employer can’t offer safe working conditions, such as working from home, pregnant women should be suspended on full pay. Three months on, some of these women are still only on statutory sick pay, losing out on a considerable sum of money during their pregnancy and affecting their maternity pay entitlements.

Several MPs we work with raised this in Parliament, however, the minister insisted that the guidance did cover pregnant women and refused to make further changes.

Now that the furlough scheme is winding down, we are seeing waves of redundancies. Just as in the aftermath of the 2008 crash, many pregnant women and new mothers are being unfairly selected for redundancy.

Our lawyers have been working flat out since the pandemic began. We have detailed FAQs on maternity rights and COVID-19 on our website which we update whenever Government guidance changes.

We have translated these into five languages, as we want all women to have access to the information they need. Our telephone advice services have been swamped with calls. Every woman we speak to get the advice and support she needs, no matter how complicated their situation.

It was very clear that the Government hadn’t considered the situation of pregnant women and new mothers in any of their support schemes, so we have been actively pursuing the changes which are needed. Since the pandemic began, we have written 13 letters to Government ministers and sought advice from QCs on two occasions. We have found that threatening legal action helps us to get the Government’s attention.

Pregnant mothers are not protected against redundancy

There is an urgent need for redundancy protections to be strengthened for pregnant women and new mothers. It is unlawful to select a woman for redundancy because she is pregnant or has taken maternity leave. If a woman is on maternity leave when she is at risk of redundancy, she is entitled to be offered a suitable alternative job, if one is available. But what does this mean in practice?

In our experience, these laws do not protect mothers against unfair redundancy. We are seeing case after case of women who have been made redundant when their maternity cover has been kept on, which is a classic case of discrimination.

We regularly hear from pregnant women who were selected for redundancy ahead of colleagues with fewer qualifications and less experience. We also hear about redundancies where all the mothers were selected to lose their jobs, while those without children were not.

Taking action on unfair redundancy is expensive, slow and there is no guarantee of success. Women can spend in excess of £10,000 in legal fees if their case goes to the employment tribunal, and few women have the resources to do this.

The emotional demands of a tribunal claim are high, and women who have just given birth have other demands on their time and energy. Right now, employers can make mothers redundant in a deliberately unfair process without too much concern about negative consequences. This needs to end.

We need clear and straightforward legal protections for mothers at risk of redundancy. A legal ban on making pregnant women and new mothers redundant is a rule which gives clarity to both women and their employers. It is very obvious when the employer has broken the law.

There would be exceptions, of course, such as where a business or a branch office is closing, but these would be limited.

The Government promised to strengthen redundancy protection for mothers back in January 2017. That is over two years ago, and we are still waiting for the law to change. Maria Miller MP has presented a Bill to Parliament which offers immediate protections, if the Government decides to support it.

With the furlough scheme coming to an end and many employers shedding staff, the Government needs to move swiftly if women are to benefit from any changes in the law.

A comprehensive legal ban on redundancy, from notification of pregnancy to six months after the woman’s return to work, as provided for by Maria Miller’s Bill, would provide clarity to employers on their legal obligations. As there is near certainty of success in any tribunal claim, this would be an effective deterrent to employers contemplating bad practice.

And this stronger legal protection is needed now: each week of inaction on the part of government ministers is costing mothers their job.

We have a few weeks to convince the Government to adopt Maria Miller’s Bill as their own and pass the legislation.

Womanthology readers can support us by emailing their local MP, to ask them to press ministers on the issue. They can do this using our campaign tool – it only takes a couple of minutes.

This is an effective way to communicate with your local representative.  If you can tell your own story of unfair treatment at work, that is even more powerful.

We are setting up a new peer support service to provide emotional support to women taking action on problems at work.

We know how demanding it is to deal with an employment dispute, and a peer supporter can really help women dealing with a legal claim and a new baby. If your readers can commit to an hour each week to keep in contact with one of the women we are advising, we would love to hear from them.

Preparing for a second wave of COVID-19

The next few months will be difficult for many women, trying to juggle work and childcare over the summer and worrying if they will keep their jobs. We are pressing ministers to extend a limited form of the furlough scheme so that parents who are struggling with childcare can keep their jobs.

We will continue to argue for ministers to fix the gaps in the furlough scheme and make the self-employment scheme work for women who have taken maternity leave.  There is a very real possibility of a second wave of the pandemic, with another lockdown, so these problems do need to be fixed.