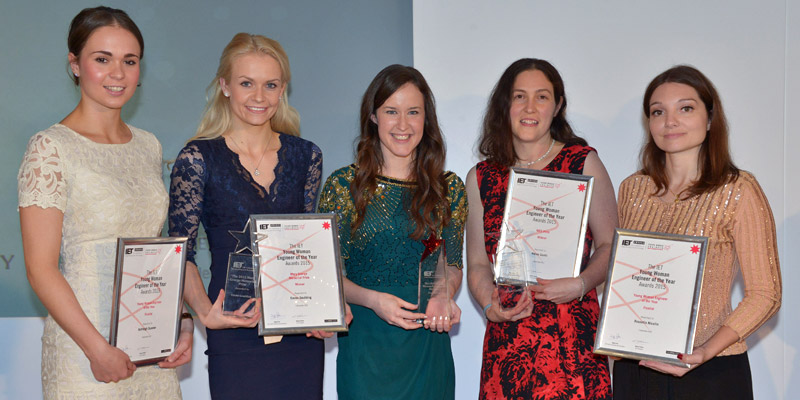 Dawn Bonfield is the Immediate Past President of the Women’s Engineering Society who has recently been appointed as the organisation’s first full time Chief Executive. Dawn has previously worked for the Institute of Materials, Minerals and Mining, British Aerospace and PSA Peugeot Citroën. In 2015 the Society celebrated its 96th anniversary and marked the occasion on 23rd June with National Women in Engineering Day.

I have been working at the Women’s Engineering Society for the past five years and in that time have been a council member, Vice President and then last year I became President. Directors of charities are generally unpaid roles, but it became clear that the work of the Society was at such a level to warrant a full time Chief Executive, and after successfully applying to the Charity Commission to be able to transition from President to this role for the first year, I am delighted to say that I have been appointed.

For the Women’s Engineering Society to have a Chief Executive for the first time in its recent history is a fantastic opportunity for us to grow and build on the amazing achievements of this charity over the past 96 years.

Of course in the early days the charity first grew through the ground breaking work of Caroline Haslett, its first Secretary, who was one of the most respected members of the engineering profession for many years. She was one the pioneers of the use of electricity in the home by women and formed the Electrical Association for Women whose slogan was ‘Emancipation from Drudgery’. I feel completely honoured to hold this position.

One of the priorities that WES has held since those early days is the support and encouragement that we give to young women engineers, and the IET Young Woman Engineer of the Year Awards are a fantastic way of celebrating the achievements of these young women.

The WES Prize winner at the ceremony last week was an inspirational young mechanical engineer called Helen Cavill who has already done so much not only in her own career but in encouraging others to consider engineering as a great career choice for them. She is a fantastic role model and we are really looking forward to working with her.

WES has had a long standing relationship with the Institution of Engineering and Technology and we enjoy much support from them in many ways, including sharing their offices in Stevenage. The IET is doing a huge amount towards encouraging and supporting women in engineering and together I hope that we are making a significant difference.

I am very much looking forward to my first year as CEO!