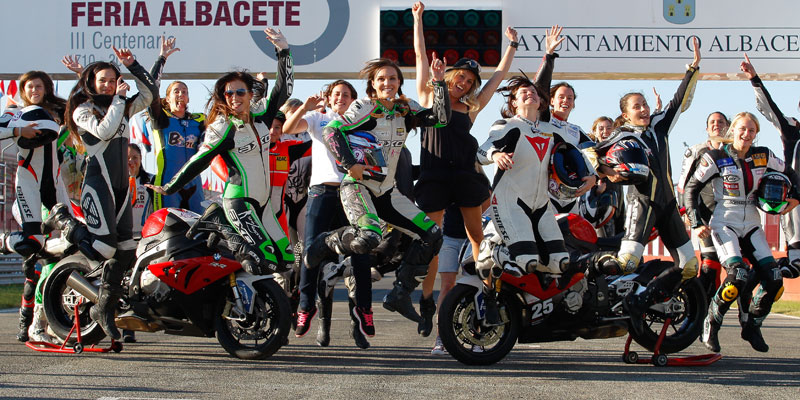 Nita, your role at the CFM sounds really exciting. Please can you tell us about how you ended up there?

I have been involved with motorcycling all my life and when the FIM announced that it was creating a women’s commission the Finnish Motorcycling federation decided to send my candidature and fortunately I was selected to be one of the members.

When our previous director Beaulah Schoeman decided to retire from her position in CFM in 2012 I was asked to send my application form and here I am! It has been a huge honour and privilege to work as a CFM director with such a great members and co-workers.

When did you first develop a passion for motorbikes?

My passion for motorbikes comes from my father Pentti Korhonen who is former MotoGP rider and who achieved world championship bronze in 1975. So I was born into this great world and have always been surrounded by motorcycles and motorcyclists.

Can you tell us a bit about the Women in Motorcycling Commission (CFM) and how it was set up?

In 2006 the FIM thought something needed to be done in order to engage more women into motorcycling. They signed the Brighton Declaration and it was then decided to create the women in motorcycling commission.

How many different countries do you operate in?

The FIM covers 111 countries, so that’s the number of countries the CFM also operates in.

What sort of roles do women work in at CFM?

Beside me and our co-ordinator we have 12 members who are responsible in different disciplines and aspects of motorcycling. All the main disciplines (RR, Motocross, Enduro, Trial and Track Racing) are covered and there are now women’s world championship classes in Motocross and in Trial and World Cup in Enduro.

We are also working hard at the moment to invest more in Road Racing. We started to organise RR training camps last year and are at the moment we are finding out should women have their own series or what is the best way to increase the number and level of women in Road Racing.

Also in Track Racing we are investigating different options how to get more girls interested in it. We also co-operate with FIA’s women’s commission and are planning to invest more in to road safety and finding new talents with them. So basically we aim to cover all aspects of motorcycling: the competition, leisure, officials’ and spectators’ sides.

How can we work together to encourage the message to women that anything is possible in the sport?

We have made few Women Ride campaigns in FIM, which we hope will spread the word that there is no reason why women can’t do same things than men. Sometimes it’s even good to be woman in motorsport, like small size in Road Racing is beneficial and we have seen that often women have fresh ideas that are really needed.

I don’t think it’s the men who are the main obstacle why there are no more women in motorsport at the moment; I think it’s the women themselves. They – or should I say we – should understand that they are more than welcome into this world and there are many different roles they could have. I hope our ambassadors will be great role models and inspiration for the other industries as well!

Also in the end everything starts from the grass root level, parents should remember to listen what their girls want to have and show them different possibilities and not automatically only just typical girly stuff.

How can women and girls learn more about motorcycling and get involved?

The easiest way is to contact their local club or if they don’t know what it is then find it out through their national federation.

Many clubs and also federations organise training camps and test days where women and girls can try motorcycles. Many clubs also need a lot of volunteers to different events so that’s a great and fun way to get to know the people and to be involved in motorcycling. That could end up as a career like in my case. I started working as a volunteer in many different motorsport events as a child and that’s lead me to where I am today. 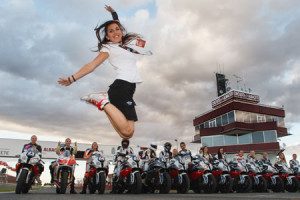 What events and activities do you have coming up?

There will also be a Quad Academy organised with the support of the Enduro Commission in Morocco at the beginning of October, which will include training for female riders. There was just trial training camp in Poland and we also organized women’s night in FIM Rally in Finland and took part of the International Working Group on Women and Sport in Helsinki, Finland. And currently, all the world championship and world cup series are taking place in Enduro: Motocross, Trial, Cross Country and Baja.

What future plans do you have for CFM?

We will organise more training camps, we plan to do work more closely with other commissions as well as with FIA’s women’s commission and Riders for Health organisation.

We will do a lot of PR work and negotiate with federations and manufacturers about how to get more women involved, as more volunteers are needed basically in every country and manufacturers are eager to get new customers from different target groups. We also are working hard to find out whether some women’s championships or cups should be established. This year women’s Snow Cross World Cup was established, so we are really happy about that!