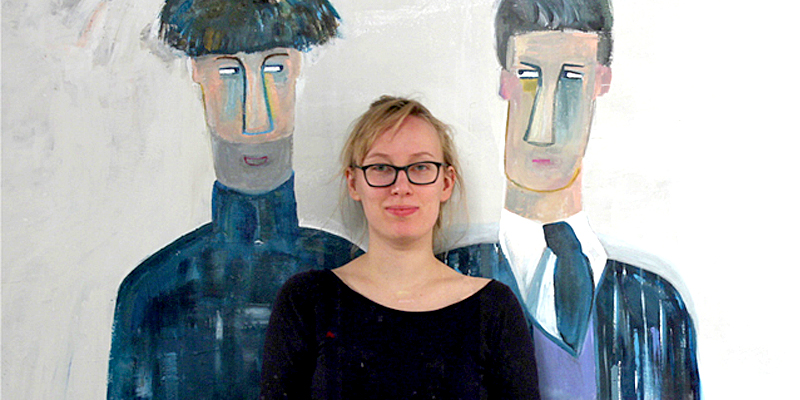 Daisy Jacobs from Gosport, Hampshire was awarded a BAFTA scholarship of £9,800 for the MA Directing Animation course at the National Film and Television School. This includes her graduation film ‘The Bigger Picture’, a short animation which was selected for last year’s Cannes Film Festival and has just been nominated for a BAFTA and an Oscar. Daisy completed her first degree at Central Saint Martins College of Art and Design.

“…There’s plenty of competition everywhere, but you just have to do what you want to do, focus on what you’re doing and what’s different. Never imitate other people and concentrate on what’s interesting about you, your own experiences and interests…”

Daisy, wow! We’re speechless! Hot on the heels of your BAFTA nomination for British Short Animation on 9th January, you did it again on 15th January with an Oscar nomination for the Best Animated Short Film category. Where were you when you heard about each? What was your reaction? 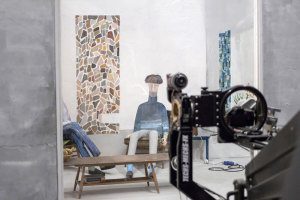 On both occasions, I’ve been told by someone else and by my phone going a bit mad. Everyone else seems to know before I do. I was aware of when they were [the nominations] but I couldn’t watch them myself because I get too nervous. I was having something to eat and my phone went crazy for the Oscars. It was the same with BAFTA.

Making ‘The Bigger Picture’ sounded like a complete contrast between utter stress and total enjoyment. What has that taught you for future projects about balancing the two?

I think for future projects I’d preferably like to be slightly more in control of everything and be far more organised and try and prevent as much of the chaos as possible. But I think some of it is inevitable and probably some happy accidents happened, which isn’t too bad, but definitely try and keep the stress levels down a bit more.

You work alongside Chris Wilder. How did you end up collaborating? What’s he like and why do you complement each other so well behind the camera? 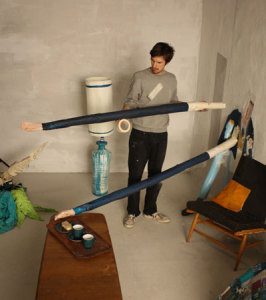 I do all the characterisation and I write the stories. I’m not sure he’s all that keen on that either, but between us we work really well. I’m more of an ‘overview’ type person and he’s more of a ‘details’ person, so together it works very well.

I lead on the story, the style, the life size technique (which I came up with myself) and then I really have to get everyone on board and understanding what I’m doing and what I want to achieve, and then they all bring their expertise to it.

The theme of the film, caring for our parents as they get older, seems to have struck a chord as we’re all part of an ageing population. What made you choose this? 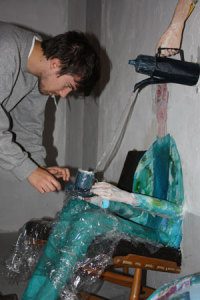 I think it’s a very important thing to look at how we look after our parents when they get older. I think people have very different opinions on this, but I thought it was something we needed to talk about. Also my gran died, so for me it was a lot to do with thinking through that and processing it as well.

Can you remind us of the support you received as a BAFTA scholarship recipient?

So they basically helped pay for my second year at the National Film and Television School and they also gave me a mentor, Tristan Oliver, the cinematographer on the BAFTA-winning Wallace and Gromit films The Curse of The Were-Rabbit and The Wrong Trousers. So BAFTA financially helped me to continue studying and they gave me Tristan, who has been fantastic.

As you were mentored by Tristan, what did this mean to you and would you like to become a mentor yourself? 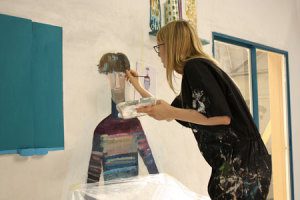 Absolutely. I have been mentoring a girl called Menna El Atroush from the course at Central St Martins and I also mentored another girl, Jessica [Jung] from the BFI Film Academy, which is supported by BAFTA.

Mentoring is really difficult, but I want to get better at it. I’d really like to continue mentoring as I want to support others. As I found it difficult it made me realise what a great mentor Tristan was. It’s not an easy thing. You’re aware you’ve got quite an influence on the people that you’re mentoring. It’s a very important role. I think having a mentor who’s a different gender doesn’t matter at all so long as there as male and female mentors out there.

How do we get more women into directing and also animation?

I think again mentoring. BAFTA are doing a really good job with their scholarships, especially to support women and people from all backgrounds to come into film. It needs talent to support the industry. You can’t cut it off. You need to really nurture it.

Looking back through the list of previous winners and nominees, it’s a pretty impressive club to be a member of, with Walt Disney and Nick Park having won before. How do you top this in the future?!

I like to focus on continuing to do work that I think is better than I thought I could have done. I’m always challenging myself. I try not to worry too much, just keep doing what I like to do.

Probably myself. I’m always criticising my own work. I think that’s natural when you’re doing an art project. There’s plenty of competition everywhere, but you just have to do what you want to do, focus on what you’re doing and what’s different. Never imitate other people and concentrate on what’s interesting about you, your own experiences and interests.

Are you attending both ceremonies? Are you ready for your red carpet moments?

I’ll be going to both! Lucky me! I’m going to make a big effort, scrub up and get out of the jumpsuit.

Have you decided what face to pull when the cameras pan round as the results are announced on camera?!

Can you share any of your ideas for future projects?

Oh yes. Actually today we’ve launched a Kickstarter for our next film. That will be for about five months. Again it’s based on family. It’s a life sized technique again, but I’ve got a few other things that I’ve been testing out. It’s pushing it further. We’re all very excited. I’ve got all the crew together and we’re ready to go.

Daisy was one of six recipients selected by a panel of BAFTA committee members following an open call to students accepted on eligible UK courses. Each recipient receives a scholarship to cover their course fees for a year, mentoring support from BAFTA members, and free access to BAFTA events around the UK. In return, the scholarship recipients share their learning experiences on the BAFTA Guru website and participate in future BAFTA outreach to young people.

Follow https://twitter.com/BAFTAGuru to learn about the 2015 programme when it is announced.