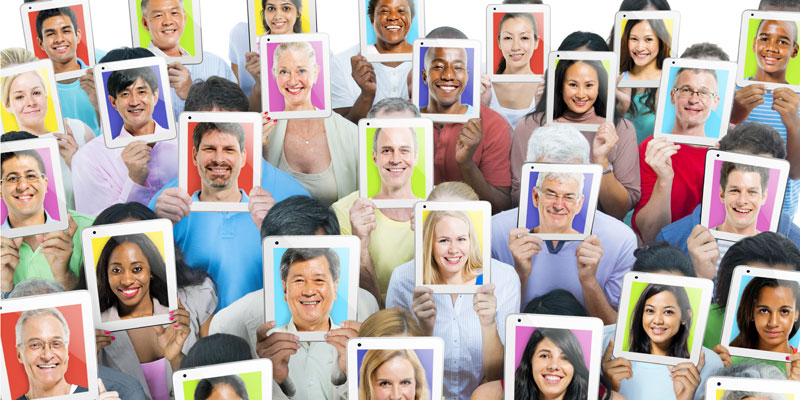 Allyson Zimmermann is Executive Director at Catalyst Europe, where she works with leading global organisations, developing and supporting Catalyst members in advancing their diversity and inclusion initiatives to make positive change for women in the workplace. As a citizen of the US and Switzerland, she currently resides in Edinburgh in Scotland, previously having lived and worked in five other countries. Allyson holds a B.A. in Communications and German from the University of Minnesota and outside of her role at Catalyst she is a professional coach.

On 13th January 2015, Catalyst launched its first ever global census on women board directors. Conducted in partnership with The Data Morphosis Group, the new and expanded census reflects data from October 2014, and focuses on women’s share of board seats in stock market index companies across 3 regions and 20 countries.

Background to Catalyst’s global census on women board directors

What’s exciting about this research is that it’s the first global census on women board directors released by Catalyst. The census focuses on women’s share of board seats across three regions and 20 countries including the US, Canada, Europe (14 countries) and the Asia Pacific region (Australia, Hong Kong, India and Japan). Our report is a snapshot in time looking at almost 1500 companies globally. All companies on each country’s stock market index were included as of October 2014, but the make-up of the companies can change, sometimes even daily. For example, if you look at the US, it’s represented by the S&P 500 Index and includes the percentage of board seats held by women across 500 companies. In Canada it’s represented by the S&P TSX 60 Index and includes a percentage of board seats held by women across 60 companies. The data was gathered by Catalyst in partnership with The Data Morphosis Group.

We see progress in some regions and countries, but there’s still a long way to go to parity. Diverse boards strengthen a company’s talent pipeline, and are correlated with more women Corporate Officers, increased financial performance, more innovation, and higher group performance. This we know. Research also shows a clear link between diversity and corporate social responsibility, and this is evidenced again in Catalyst’s new report, Companies Behaving Responsibly: Gender Diversity on Boards, which further highlights that what’s good for women is good for men, business, communities, and indeed, good for the world. Looking at Europe, there’s no doubt that since the EU first announced its intention to legislate on women on boards in 2010, the public debate this generated has galvanised activity across the region. In the UK, of course, there’s a voluntary target in place set by the Lord Davies report in 2011 which has also caused the numbers to rise, from 12.5% in 2011 to 22.8% today.

There are many ways to get towards a common goal of parity including legislative, regulatory, and voluntary methods. While the advantages and disadvantages of each approach are open to debate, the general consensus is that including more women on boards is good for business. In the US, for instance, something we see from this report is that there are fewer companies with zero women on boards, so that’s good. The FTSE 100, as you know, has no zeros. So in some ways if you compare, we see that eight countries in Europe have more women on boards than the US and Canada. However Europe is still far from parity, far from where we need to go, but this census clearly shows that momentum is building.

Comparing countries with and without quotas in place

There are eight European countries: Norway; Finland; France; Sweden, Belgium , the UK, Denmark and The Netherlands with  better representation than the US, Canada and Asia Pacific countries (including Australia, Hong Kong, India, Japan). Of these, the UK and Sweden are the only ones that do not have quotas, which show that quotas are not the only way to achieve results.

For years and years, many people thought, “we’ll give it time and it’s just going to work itself out,” but the lack of progress shows that ‘giving it time’ is not sufficient. Change starts at the top with action – including setting goals for progress and holding everyone accountable.  Organisations need to ask why progress isn’t being made and what can be done to change the culture of companies that haven’t yet opened their boardroom or executive suite doors to women.

Diversity and inclusion as a way of understanding your market better

To serve the market you need to look like the market. What are the odds that you’re going to understand your consumer base, make the best decisions, be more innovative, if your senior leaders only reflect one homogenous group? You may come to quicker decisions, but that does not mean you will come to the best decisions. If I were a leader, I would want to know I was fully understanding and getting a wide range of opinions, and perspectives on the decisions we were making to avoid group-think. Many companies are recognising the urgency of leveraging ALL talent from a business perspective. It’s not about “doing the right thing” or showing equity; it’s a business imperative.

Awareness does not equal action

What we know is that while awareness of the need for more women in senior roles is important, it is not enough. A company must take action to create sustainable change so all talent can advance, regardless of gender or ethnicity.

What we notice is that the projects that help advance women aren’t given equally to women. By this we mean that our research shows that women get fewer of the high visibility, mission-critical roles and international experiences – the so-called “hot jobs” – that are key to getting ahead at global companies – and unequal access to these “hot jobs” may be an underlying cause of the persistent gender gap at senior levels. In addition to women on boards, companies need to look at the whole pipeline. Are there women in the pipeline for key executive roles in the organisation? How are you allocating the “hot jobs”, mission-critical roles? How are ensuring that women are getting the key experiences that are necessary for them to advance? Are they experiencing their workplace different from men?

Companies understanding what their challenge is

There are many approaches to tackling the problem. For companies it’s about understanding what their challenge is and starting there. How do they build that pipeline so that it can feed into higher level roles?

The importance of engaging men

I think the biggest risk is alienating men. Catalyst’s Engaging Men research found that before men would support initiatives to end gender disparity they needed to recognise that inequality exists, and the most important aspect in this was appealing to men’s sense of fair play. We <a title="Catalyst Engaging Men in Gender Initiatives: What Change Agents Need to Know research link" href="http://www.catalyst.org/knowledge/engaging-men-gender-initiatives-what-change-agents-need-know" targe