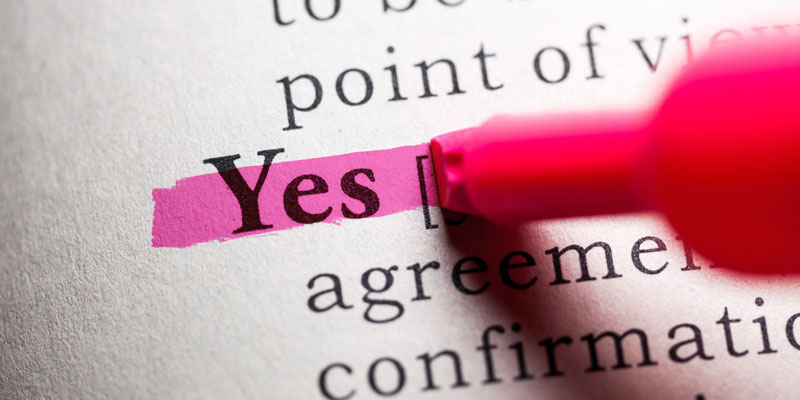 Yes is more: Creating a new and improved version of yourself

As everyone decides to become new and improved versions of themselves by hitting the gym to burn off the excesses of the holidays I realise that the same advertising channels that were telling us to eat, drink, be merry and generally stuff our faces in the run up to the holidays are now telling us we’ve overdone it and we need to reduce the wobble in our wobbly bits and transform our lives for 2015. (That’s until Valentine’s Day and Easter when it’s chocolate all the way again, by which time it will then be time to get in trim for your summer holidays and so the cycle continues…)

By the way, do check out the fantastic #ThisGirlCan Campaign from Sport England, which is all about women doing any sort of sport or physical activity which brings them joy, regardless of how ‘good’ they are at it. (More on this later.)

Last year I was fortunate enough to interview the fantastic Lisa O’Keefe, former Scottish rugby international, who is Director of Insight at Sport England. We talked about women being able to get out there and play competitive sport, but also just being able to hop on their bikes with their mates or join a Zumba class without pressure to conform to anyone else’s expectations. Liberation! Please do have a look at the video and Get Your Freak On…

I’m opting for a new exercise regime that involves multitasking (not multitalking as I just typed accidentally, although if I could, I’d gladly have a go at doubling up on conversations). No, with multitasking I’m sure that juggling several tasks at once, as I’ve become accustomed to doing in the past year, must burn more calories than sitting sedately in a chilled out state of doing one thing at a time.

How about a heavy handbag? I now cart around so much paraphernalia for writing and tweeting that my car’s seatbelt warning light now pings on when I put it on the passenger seat, presumably mistaking it for a small child.

Stop the glorification of the busy?

Is there anything fundamentally wrong with being busy though? The lovely Kat Gordon, founder of The 3% Conference and one of our original Womanthology contributors wrote a cracking blog about tackling your to-do list and stealing time back in between activities. So now when I’m in a taxi, I’m not just taking in the sights. I’m squeezing in two or three quick sneaky email replies. I’m almost an email ninja…

When I’m on my iPad I’m also making calls on hands free. (I’ve learnt my lesson about typing on my laptop whilst I’m listening to someone talking – the keys are just too clicky.)

When I’m in the car on a weekday and I’m driving to a meeting I’m listening to Radio 4. (Check me – I’m such a grown-up!) Who would have thought that I’d come to love the Today Programme and Woman’s Hour? Don’t get me wrong, I still love a good in-car Karaoke session as much as the next person, but I tend to save this for weekends and special occasions now. I still experience the horror of pulling up next someone at the lights when I’m in full flow.

So by saying an enthusiastic “yes” to so many things I like to think that I’m opening myself up to new experiences. It might mean that I have to juggle a bit, but had it not been for that juggling over the past year I wouldn’t have met several of the people I’m now lucky enough to call close friends and I certainly wouldn’t have grown into the person I’m proud to have become.

One of the other things that shaped my thinking, probably around this time last year was listening to a talk by social psychologist, speaker and author Heidi Grant Halvorson, who studies the science of motivation and communication. Heidi talks about the merits of a “get better mindset”, as opposed to a “be good mindset”. Please do take the time to watch this video clip if you get chance. (It’s about 25 minutes, so probably best enjoyed settled on the sofa with a big steaming cuppa…)

So you can either set boundaries for yourself by labelling yourself. “I’m no good at maths.” “I’m awful at sport.” Or you can adopt a “get better mindset” where you say, “I’m quite good at networking, but I’d like to improve my skills.” So you’re opening yourself up to new opportunities for self-improvement the whole time. This is what I embraced in 2014 and it has been one of the best things I’ve ever done.

Stop comparing yourself to other people and set yourself free

I was reminded of this last week when I interviewed the Oscar and BAFTA nominated superstar writer, animator and director, Daisy Jacobs who was extremely grounded and talked about how she’s only ever in competition with herself. I think this is such a sensible approach. If we all did this, imagine what we could all achieve through continuous self-improvement.

This is a really liberating concept to grasp. Speaking to Daisy who is fresh out of college, it made me wish I’d only known about this sooner, but that’s all part of the process I suppose.

So yes, I say “yes” to more new things, but I wouldn’t have it any other way. What better way to go through life than by embracing the new and only ever comparing you with yourself? I’ll be doing this more for 2015. Try it. You might like it.