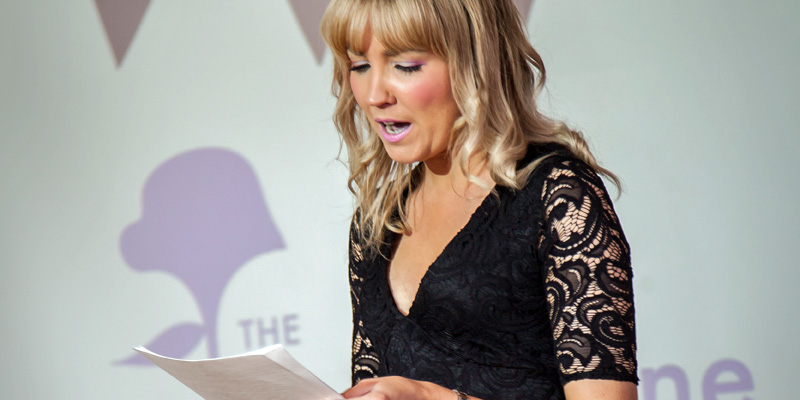 Ellie MacDonald is the founder of one of Yorkshire’s fastest growing PR agencies, MacComms. Just two years on since forming, MacComms has helped more than 60 firms to raise their profile and credibility.

Ellie is a passionate advocate for gender balance and recently pledged her support for Womanthology’s #IDidItAnyway themed crowdfunding campaign.

Taking the leap – what’s the worst that could happen?

I’d been working in marketing and PR for almost ten years when I decided to make a move that would change my life completely; setting up my own PR agency. I’m a big believer that you regret the things you don’t do, rather than the things that you do give a go, and after all, what’s the worst that could happen? I could always get another job if it didn’t work out.

I’m so glad that I took the leap, as just over two years since forming we’re now growing rapidly, in fact we’re one of the fastest growing PR agencies across the whole of Yorkshire with fantastic feedback from companies and even a Yorkshire Post business journalist who recently described my firm as just one of two stand-out PR agencies in the region! Setting up my own company is definitely the best thing I’ve ever done, I’ve never looked back!

Off I went with laptop, business cards and phone

I was working as the marketing manager for the Mid Yorkshire Chamber of Commerce when I initially became interested in setting up my own business. I observed so many businesses begin their journey, however I was unsure whether I’d dare to take the leap.

My confidence had been knocked in a different PR role when a former colleague told me I wasn’t very good at PR, or my job. This was harsh criticism indeed, but I didn’t let it deter me – it simply made me determined to prove them wrong. I knew that I could do this so I had to at least try.

Despite people telling me that I would have to save thousands of pounds before I could even think about setting up a business, I actually did it with just £500 of savings, which I initially invested in a laptop, business cards and my phone and off I went, more determined than ever now I knew I had to bring some business in.

Getting comfortable with being uncomfortable: #IDidItAnyway

Following my experience in the industry, I formed MacComms as I had the desire to set up a company based on treating people properly. It’s been a huge rollercoaster journey with so many different challenges, but overcoming challenges is what makes you grow as a person.

I’m now part of Entrepreneurial Spark in Leeds, the world’s largest business accelerator programme, which has been a huge part of my journey of personal and business development. I have grown in confidence in areas such as public speaking, I literally couldn’t stand up and speak in front of a room full of people just two years ago and now I’ve got to a point where I’m not only doing it regularly but I’m actually enjoying it!

It’s all about getting comfortable with being uncomfortable, throwing yourself into tasks that you don’t necessarily want to do but it will make you a better, stronger person which is what has constantly helped me to develop and helped my business to thrive.

One of my proudest moments is winning the Chiclet’s Choice award twice in succession at Entrepreneurial Spark, which was voted for by my peers who appreciate what I do to go above and beyond and to help people utilise PR to help their own businesses to grow. That collaboration is so important to me, and the fact that people recognise that and put me up for this award, which has helped me bring an extra £2,000 reward to help my business grow even further has been fantastic.

Looking forward to welcoming the next cohort of #entrepreneurs to @ESparkGlobal #Leeds today #GoDoBootcamp 👊 pic.twitter.com/YcYjw3mPZC

It’s so important to me that my team and I are really honest, loyal, passionate, enthusiastic, collaborative and that we treat people properly. That’s why I ensure that MacComms communicates these brand values throughout everything we do.

PR is all about reputation, so when people say that they have heard great things about us, and when clients, suppliers and connections constantly refer us on to other business, I think that’s the way to prove that you have a successful business with the potential to continue growing and thriving.

It’s important to know that my team feel rewarded and appreciated. When we have surplus profits in the business they get shared out amongst everyone and I’m keen for people to really feel that they are part of something good.

I will never ask anyone to do anything that I won’t do myself and I’ll be very sure to reward my team through a number of company perks, such as monthly team lunches, training and increased progression in the business and by working hard but playing hard together too.

My saying to live by is: “Everything will be ok in the end, if it’s not ok, it’s not the end”. If you love something you’ll be so much better at it, so prove the doubters wrong and go for it as I did. I’ve never looked back.