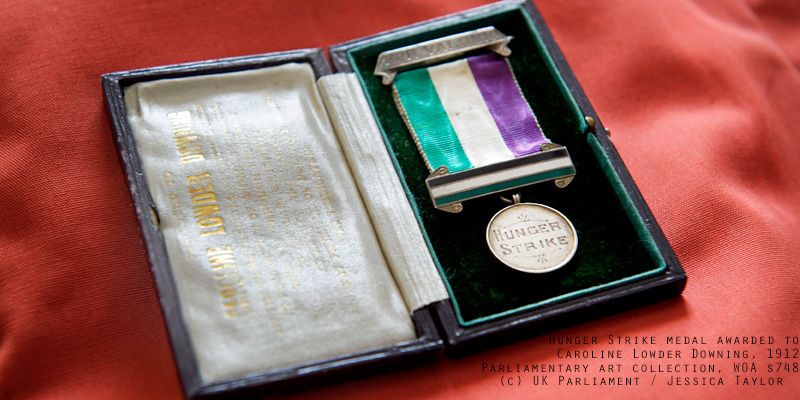 Dr. Mari Takayanagi is a senior archivist at the Parliamentary Archives, where she has worked in various roles including public services, outreach, preservation and access. ‘Vote 100’ is a large project celebrating 100 years of the Parliamentary vote for some women and all men in 2018, and Mari is currently joint project manager and co-curator of Parliament’s Vote 100 Exhibition Project.

“…women were only allowed to sit in the House of Lords from 1958, within plenty of people’s living memories still. It is only by knowing how these rights were gained that we fully appreciate the rights we have today, and people are much more likely to use their right to vote once they understand this…”

I have always found history interesting and wanted a career where I could use my history degree. Archivists look after historic records – preserving and cataloguing them, and making them available to the public – so some historical knowledge is very useful. I did several work placements and a traineeship, and then an M.A. in Archives & Records Management.

My first professional job was in the London School of Economics Archives, where I worked for three years. They have excellent political archive collections there, which was very helpful when I successfully applied for a job in the Parliamentary Archives in 2000. More recently, I wanted to develop my historical knowledge in an area which would be useful to the Archives, and did a history Ph.D. on Parliament and Women in the early 20th century.

The Parliamentary Archives holds the historic records of the House of Lords and House of Commons, dating from 1497 to present day – about 4 million records stored in the Victoria Tower (plus some digital records now, too!)

I started off as an assistant archivist and records manager – advising people in Parliament on how to manage their current records in their offices, as well as helping the public access the historic material. I’ve worked in various roles since, but for some years now I’ve been a senior archivist in public services, operating the reading room where people come and do research, and the enquiry service – and outreach, which means publicising the Parliamentary Archives via exhibitions, displays, publications, webpages, social media, community projects and much more. You can find out all about us on our website.

Currently I am the joint project manager for Parliament’s Vote 100 exhibition project, which is very exciting indeed. Vote 100 is Parliament’s project to celebrate the 2018 anniversaries next year.

Before 1918, no women and about 40% of men couldn’t vote. The Representation of the People Act 1918 gave the vote to virtually all men, and to some women over the age of 30 – about 8.4 million women. Later the same year, a separate Act allowed women to stand as MPs, and women voted and stood as candidates for the first time in the general election of December 1918, with Constance Markievicz becoming the first MP to be elected (as a member of Sinn Fein, she didn’t take her seat).

As well as these centenaries, 2018 also marks 90 years of equal franchise (when women finally got the vote on the same terms as men); and 60 years since women first sat in the House of Lords.

To celebrate all this, the Vote 100 Exhibition Project is delivering a big exhibition which will be open to the public in Westminster Hall, June – September 2018. It will tell the story of Parliament, women and the vote from the 18th century to the present day, using archives and works of art from the Parliamentary collections, and immersive spaces re-creating some of the historic spaces in the Palace of Westminster used by women.

It will not just be about the militant suffragettes, but also the peaceful suffragists who lobbied, petitioned and marched, and will complement New Dawn, Parliament’s women’s suffrage artwork also in Westminster Hall, beautifully. We’re been delivering lots of smaller displays and activities along the way over the last couple of years, and building an active social media presence including Twitter and a curator’s blog.

I have found everybody, inside and outside Parliament, to be incredibly engaged with and supportive of Vote 100. Even young children can understand it was ‘not fair’ that men could vote and women could not. Teenagers can appreciate the lengths that some campaigners went to, including imprisonment, hunger striking and forcible feeding, and wonder if they would do the same.

Adults are usually horrified to find out how recent these rights are – women were only allowed to sit in the House of Lords from 1958, within plenty of people’s living memories still. It is only by knowing how these rights were gained that we fully appreciate the rights we have today, and people are much more likely to use their right to vote once they understand this.

My favourite item in the Parliamentary Archives is a banner which was dropped from the Ladies Gallery in the House of Commons by suffragettes in 1908.

Women had to sit separately from men to watch debates in those days, and were deliberately hidden from the MPs behind a heavy metal grille covering the window, which made things difficult to see and hear. Muriel Matters and Helen Fox from the Women’s Freedom League chained themselves to the grille in protest, while Violet Tillard dropped the banner through the window. Muriel and Helen were frogmarched out, still attached to the grille, and cut off in a committee room.

Accessibility and getting involved

Womanthology readers who can visit Westminster during the summer of 2018 should all come and visit our exhibition– keep an eye on www.parliament.uk/vote100 for more information as it becomes available. But even if you can’t visit, there should be plenty of other ways to get involved, as we hope our exhibition will be the highlight of a whole variety of other Vote 100 projects next year.

Parliament’s Education and Outreach team are currently developing their programme which will include activities nationwide. Outside Parliament, every locality has its own suffrage story, and we know that museums, galleries, libraries, universities, and other heritage and cultural organisations across the country are all developing their own 2018 activities at the moment.

The Parliamentary Archives has a whole host of activities coming up, of which perhaps the most important is the Archives Accommodation Programme, as well as projects to enhance the Archives’ digital presence online, and regional outreach work to continue to take the Archives outside Westminster.

In relation to women and Parliament, 2019 marks the 100th anniversary of Nancy Astor becoming the first woman MP to take her seat in the House of Commons, and also the centenary of the Sex Disqualification (Removal) Act 1919 which allowed women into certain professions for the first time including law – I’m involved in various projects to mark this including the First 100 Years. There’s always something new and exciting on the horizon!

One thought on “Telling the story of Parliament, women and the vote from the 18th century to the present day through Vote 100 – Dr. Mari Takayanagi, Senior Archivist at the Parliamentary Archives”