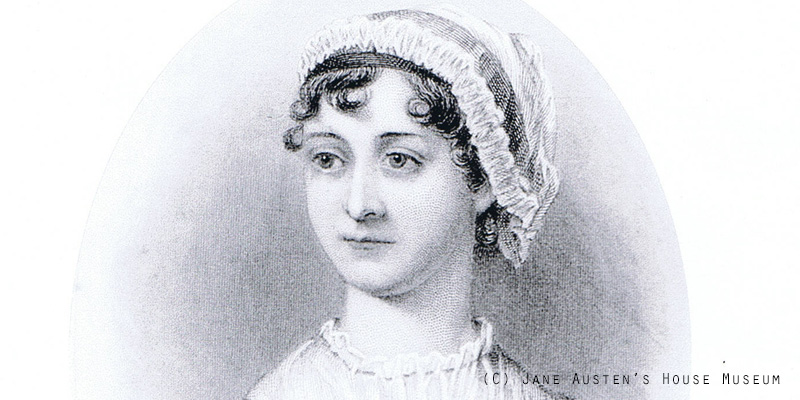 Dr. Mary Guyatt is the curator of Jane Austen’s House Museum in Chawton, Hampshire. In 2013 the museum hit the headlines when it successfully raised funds to buy a turquoise and gold ring, one of only three items of jewellery known to have belonged to Jane Austen, keeping it in the UK after having been outbid at auction the previous year. 2017 marks the bicentenary of Jane Austen’s death and the museum re-opened on 3rd March after work was carried out to protect and restore the building.

“…Jane Austen’s magic is her timeless observation of our preoccupations with class and wealth, and the games people play in their relationships, familial and romantic. 200 years after her death you can still feel her delighting in the life and voice she has given each character and the fun she’s going to have with them all…”

From architect to curator

I’ve worked in museums all of my career, having idly come to the idea of curatorial work after abandoning my first plan to become an architect. I did a summer work placement and found I loved working with collections, the variety of the different tasks involved and the principle of public access. The architecture degree has come in handy when working on the design of exhibitions and for understanding the fabric of Jane Austen’s House.

As curator, I have overall responsibility for managing the museum, which means that a lot of my time is spent signing off projects internally and ensuring that we’re not only meeting the standards expected of a charity and a public museum but also making strategic developments and constantly improving the experience for our visitors.

One of the things I especially love about the museum is that we operate on many different levels, so in a single day I can be talking to an artist sketching in the garden, then emailing a donor in the States and then off to meet a local councillor. We have a small, dedicated team of staff and trustees, as well as many loyal volunteers.

For me, Jane Austen’s magic is her timeless observation of our preoccupations with class and wealth, and the games people play in their relationships, familial and romantic. 200 years after her death you can still feel her delighting in the life and voice she has given each character and the fun she’s going to have with them all. At the same time, Austen and her works continue to demand that female intelligence is not only recognised but celebrated.

Jane Austen is often associated with the Georgian cityscape of Bath. However, she spent most of her life in Hampshire; it was here that she was born and also where she was eventually buried. The eight years she spent in Chawton, living in the house that is now the museum, were extremely productive. It was during this time that she wrote or revised her six novels and then as a published author began to enjoy a small income and a fair degree of critical acclaim.

People have been coming to see the house where Jane Austen lived for well over a hundred years. Today there are Jane Austen societies based as far apart as Sydney, Lahore and Bologna, and about a third of our 40,000 annual visitors come from overseas.

Raising funds to earn our keep and protect Jane’s legacy

While the museum has always met its basic running costs by charging a visitor admission fee and selling books and souvenirs, we now need additional support to finance a costly programme of vital structural works and redecoration. This current fundraising appeal is named Jane’s Fund and we are aiming to raise £250,000 during this bicentenary year.

At the same time, we want to be ready to run discrete appeals for any key acquisitions that might arise. In 2013 we had such a campaign to purchase Jane Austen’s gold and turquoise ring, and in 2015 we again raised money to acquire an important letter written by Jane’s sister Cassandra.

Marking the bicentenary of Jane’s death

Something we’re very excited about is our 2017 exhibition, Jane Austen in 41 Objects. As well as being a physical showcase of items from our collection, we will be publishing a different object online each week, introduced by a guest writer. The number 41 represents the 41 years of Jane Austen’s life.

Right now, we are just glad to be open again. It’s been a hectic few weeks with conservation cleaning, volunteer briefings and new photographs all happening on top of each other. We’ve missed the visitors and have been especially looking forward to seeing their reaction to some newly-created replica wallpapers. Based on fragments surviving from Jane Austen’s day, these are also now available for people to purchase via our brand new online shop.