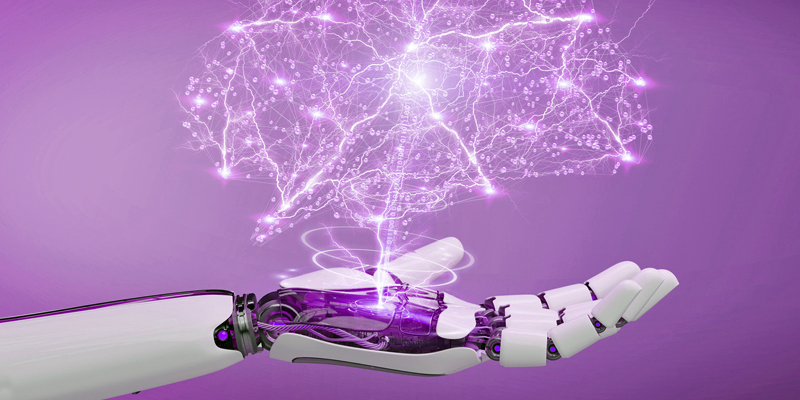 Dr Hajar Mousannif is an associate professor and coordinator of the master’s programme in data science within the department of computer science at Cadi Ayyad University, Morocco. Hajar’s primary research interests include artificial intelligence, machine learning, big data, internet of things, human-computer interaction, and next-generation technologies, and she holds two patents on her work on artificial intelligence. She has also chaired the programme committees of many international conferences and has received a L’Oréal-UNESCO Award and the Emerald Litterati Prize for Excellence.

“For me, there is no such thing as ‘a problem’, there is only something called ‘problem-solving.’ Whenever there is a problem, there should be a solution. Therefore, we just need to take a second to think how to address a situation.”

My love story with AI

In 2013, I discovered artificial intelligence (AI), and I started to think how to solve anything with it. It was then that I applied for my first patent, a smartphone which recognises emotional states and reacts to them to support humans emotionally, whenever and wherever they need it.

I came up with this crazy idea when I had my first child, and I had baby blues. I was looking at my smartphone, the table doing absolutely nothing to ease my emotional pain. I started joking, talking with my smartphone, and asking it why couldn’t it react to my pain if all my data can be accessed on it and it could see and hear me? This is when I had my eureka moment! Why couldn’t I turn smartphones into really smart phones?

I started digging into its algorithms and figuring out how could I make my smartphone emotionally smart, so it could then send me personalised content to support me. This worked and was my first patent.

Many crazy projects arose after that. For instance, as a professor, I give lectures in front of around 500 students, and I don’t understand if they have comprehended what I’ve been talking about. This was when I applied for my second patent, a smart chair with a lot of sensors in it, which can figure out whether a student has understood or not just by analysing facial expressions, posture, and the way the student reacts to me.

Then, I got a programme on my smartwatch which told me how many students understood what I had said in a classroom, so I could adapt my pedagogy [method and practice of teaching] approach with respect to whatever the AI told me.

I also participate in many funded research projects, and I developed the first humanoid Moroccan robot, part of a United Nations initiative to support women and fight all forms of discrimination against them. This robot can recognise emotions, people, and it can answer basic questions in Arabic.

The project has recently got an interest in investment from an American start-up company, which agreed to fund it with more than $100,000. This allows us to advance this field in a developing African country like Morocco, as well as to have more young people interested in this field and to make AI more inclusive. 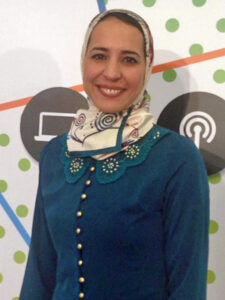 I received the L’Oréal-UNESCO For Women in Science award in 2014 for my first patent, and then for the second patent, we won the first prize for research and innovation in a Moroccan contest. The latest one I’ve received is the WomenTech Network Global AI Inclusion Award 2020 last December. It was fantastic since I beat CEOs of international companies and other women worldwide, from around 2,300 participants.

As I’ve mentioned, I am a coordinator of a master’s programme in data science, and I have about 50% male and 50% female students. However, when they go into a PhD, the female number decreases significantly. This happens because when a woman, for example, reaches 23-24 years old, she may prefer to get married and have children, so they usually start doing a PhD, but they abandon their studies.

All in all, in undergraduate and master’s degrees in STEM fields, I believe there isn’t an issue of female representativity. However, in PhDs, there is a serious problem.

In order to increase women’s participation in PhDs, I think the belief that you can have children and still achieve your dreams has to be instilled. I am a mother of three, and I tell my kids that having a child should not stop them from achieving their dreams and believing in themselves. You just need to manage your time right, set your priorities, and do certain things that will allow you to still take care of your children and at the same time do a PhD.

Having a role model, people who take the lead and tell those women it is possible to take a PhD with children is something very important for women to feel empowered and to believe in themselves, not setting limits to what they can do. I think when you want something, you can do it and, if you believe in it, you start to plan it. Universities must also ensure women are still able to take care of their kids while studying.

When there is a problem, there should be a solution

When the first wave of COVID-19 hit us, I had to work remotely, like everybody, which was difficult to cope with at first because I had my own habits of teaching and being active. However, I had to adapt because I am a very positive person and I don’t like to be blocked.

Therefore, I restructured my whole life and told myself this was not the end of the universe. This is something I always try to do; for me, there is no such thing as ‘a problem’, there is only something called ‘problem-solving’. Whenever there is a problem, there should be a solution. Therefore, we just need to take a second to think how to address a situation.

And so, I did my research. I started to think how AI could solve this problem. At that time, we didn’t have much data to base our work on, but we still dug into epidemiological models and saw how we could simulate the propagation of the virus. Thankfully, our project was funded, and now we are working on a simulator that will be able to optimise health measures. 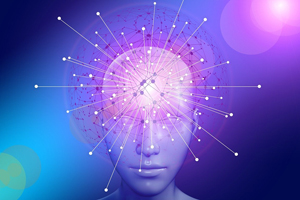 We have a wonderful brain, but we need to use it for social good. It’s good for humanity as a whole. We have resources, we have our brain, we have our light, and we need to put everything into use. We should not waste our time – we should solve problems because, in the end, we want a better world. If we want to live happier, to live a good life, we need to do something, which is good. We have what it takes inside us all but we need to restructure our brain and the way we think.

Girls need to believe they are able to do things!

I think all human limits are self-imposed, so whatever a woman imposes a limit on herself she will not go beyond that. For more girls to get into AI and do amazing things we need to break this limit, and tell them ‘Yes, you can.’ Then, we need to have role models, those who will act as people who inspire and motivate girls, and who do all the work to show them it’s possible to achieve what they want!

What happens with girls is that they can get too much distracted, especially with social media and influencers. So, we need these influencers to be their role models in science and in technology to get them interested. Personally, I am my daughters’ role model, and it means to much that they are so proud of me. I love to the way they see me as a role model and a problem solver.

A message to young people, and girls in particular

I just want to tell young people, and girls, in particular, to believe in themselves, to set goals, to plan and to act, and more importantly, to network with people who are going to drive them forward and stay away of all the negativity around because it doesn’t help.

Another very important thing is to nurture your two sides of the brain: the side that is responsible for the logical decisions, and the side that is responsible for creativity. You can do this by learning new things every day. Continuous learning is fundamental, especially in a field like AI, where everything moves at any rate at an incredible pace.

It is important to develop your knowledge on something you are already aware of but also learn about things that are far from your area of expertise. For instance, I can learn about an AI algorithm but on the same day, I can learn why the sky is blue. To motivate the creative part of the brain, you should also have hobbies. I write poetry and play the piano, for example. I think that helped me much in my problem-solving abilities and on being able to work on a wide range of projects at the same time.

Bridging the gap between academia and industry

What I am really set on doing now, because I am a researcher and I teach at a university, is to close the gap between what we do in research, academia, and the industry itself.

I also want to create my own company for augmented reality solutions to bridge the gap between industry, research and academia. This means we can create more value by getting more companies to invest in the things we do and the prototypes we develop. Especially in Morocco, this is a serious issue because we have industry on its own ‘island’, and we have universities on another ‘island’, and everyone does their own thing, so nobody knows whether there is a need in the industry for what the research field is doing. I want to change this.

I just want to create impact and create something which can have an impact on people’s lives. Technology doesn’t have any meaning if we cannot create value out of it, but a technological solution that respects our humanity can be a great of value. This is my dream.