You are currently reading Issue 116: Women in Science, February 2021
Skip to content 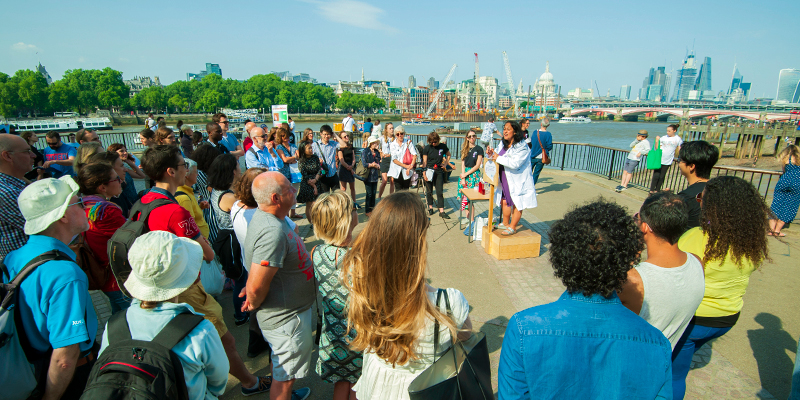 Dr Nathalie Pettorelli is a senior research fellow at the Institute of Zoology, Zoological Society of London, where she carries out research on assessing and predicting the impacts of global environmental change on biodiversity and ecosystem services. Professor Seirian Sumner is a professor of behavioural ecology at University College London. In 2011, they set up Soapbox Science as an annual public science communication event with a difference, and they received a Points of Light Award from the Prime Minister in 2015 in recognition of their achievements.

“Lockdowns have been particularly difficult for employed mothers, including mothers in science, to navigate: the shutdown of schools has meant juggling home schooling with research and teaching duties, leaving many women with no other options but to reduce their working hours or asking to be placed on furlough.”

Meet the co-founders of Soapbox Science

Nathalie Pettorelli: I’m a senior conservation biologist working at the Institute of Zoology, the research arm of the Zoological Society of London. I was born and educated in France, where I did a PhD on roe deer. After several post-doctoral positions in Norway and Canada, I started working in London in 2006, and remained there ever since. My research focuses on the use of technology, such as satellite remote sensing, to inform ecology and conservation, particularly in the context of climate change.

Seirian Sumner: I am a professor of behavioural ecology at University College London (UCL). I come from a comprehensive school education in West Wales. My research is on social evolution and behaviour, with a particular weakness for wasps. I have to confess I never really liked wasps, or any insects for that matter, until I started a PhD on some lovely gentle hover wasps that live in Southeast Asia.

During my PhD at UCL, I fell in love with these much-maligned, under-dogs of the insect world. I now spend my research life addressing fundamental questions about the mechanisms and evolution of social behaviour, mostly in wasps, using a combination of welly-boot ecology and genomics. I also spend a lot of my time promoting the image of wasps to the public, challenging the perceptions people have towards them, and working towards an evidence base that showcases the ecosystem services that these important insects provide.

Soapbox Science is a grass-roots public outreach initiative, which aims to give women in science a public platform to talk about their work and provide accessible role models for the next generation of scientists.

We co-founded Soapbox Science in 2011. It all began when we were both junior scientists at the Institute of Zoology. We had both been awarded L’Oréal-UNESCO For Women in Science fellowships, which helped draw our attention to the problems facing women in science. We were frustrated at the inequalities that were ingrained into the academic system. We realised we couldn’t single-handedly change the system, but we could make a bit of a song-and-dance about it! 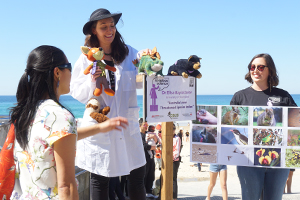 We decided to take female scientists out of the lab and onto the streets, to talk about their work first-hand with the public: no middleman, no media filters – just passionate scientists who wanted to tell the public (from all backgrounds) about their science. The first events were annual ones, on the Southbank in London; it all took off as our speakers asked for help to set up their own events in their local university towns.

The Soapbox model has now been adopted by multiple teams of local organisers across the country, and across the globe, as a way to celebrate women in science and kickstart scientific discussions with all members of the public.

The internationalisation of Soapbox Science

The internationalisation of Soapbox Science has totally surprised us! Ten years ago, when we tentatively held the first soapbox event on the Southbank in London, we could NEVER have imagined it would have grown to be nation-wide, let alone worldwide!

How did it happen? Organically! It’s remained a grass-roots venture: it’s grown and spread by word-of-mouth, by the demand and hard work of the people that care about what Soapbox Science stands for, and by those who benefit from it.

Soapbox has been brought to the streets of multiple countries across the world, from Tanzania, Canada, Brazil, Australia, Germany, South Africa, Nigeria… We offer online support to each new and continuing venture: and we couldn’t do this without our brilliant Soapbox coordinator, Isla Watton (actually, SHE runs the show(s) now, not us!), funded by the Zoological Society of London.

Nowadays, we primarily help Isla carve a path for the development of our initiative and support her in securing funding and promoting Soapbox Science through various platforms and media.

Impact of COVID-19 on our reach

COVID-19 forced us to adapt our events and approach. 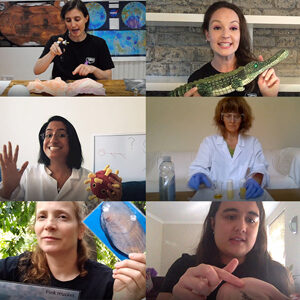 In many cases, this meant taking our initiative online and inviting our speakers to upload engaging videos about their work on our YouTube channel and to answer questions from viewers on Zoom.

Admittedly, these changes had an impact on the type of audiences we were able to reach, broadening, for example, the geographic diversity of people joining in. But our online events were also likely to be more attractive to people already interested in Science, Technology, Engineering, Medicine, and Mathematics (STEMM), thereby reducing our capacity to engage new members of the public with STEMM.

Research so far suggests that women are being disproportionately affected by the pandemic: surveys carried out in the UK have shown that mothers have been taking on a disproportionate amount of the burden of homeschooling and housework; that women were more likely to be let go after the furlough scheme ended; and that mothers in England were more likely than fathers to have lost their jobs during lockdown. In many cases, these trends and patterns also apply to women in science.

Early data on the effects of the coronavirus pandemic on scientific-publishing output suggest that female researchers, particularly those at early-career stages, are the hardest hit. Lockdowns have been particularly difficult for employed mothers, including mothers in science, to navigate: the shutdown of schools has meant juggling homeschooling with research and teaching duties, leaving many women with no other options but to reduce their working hours or asking to be placed on furlough.

In January 2021, higher education staff, which includes a proportion of the women working in STEMM, have been recognised as critical workers, potentially opening up opportunities for children to return to schools. However, the overall broadening of the definition of critical worker has led many schools to reach capacity, meaning that the change of definition has had little effect on juggling expectations for many mothers in science.

Changes to academic funding requirements – a step backwards for equality?

The implementation of Athena SWAN accreditation on university departments has certainly had some positive effects. A recent study found a significant increase in the representation of female lead applicants for the National Institute for Health Research grants since 2010; they attributed this to institutions needing an Athena SWAN Silver Award to be eligible for funding.

Tying funding eligibility to Equality, Diversity and Inclusion (EDI) measures is certainly a good incentive to drive change in culture and policy at the local (institutional/departmental) level. However, existing ties were recently cut and there are currently no funding bodies that require applicants to be employed by an institution holding an Athena SWAN award.

Severing the funding link was recommended after an independent review of the Athena SWAN charter concluded that the process had got out of control, generating ‘large amounts of bureaucracy…and high cumulative cost of subscriptions.’ Many academics agree that it has become an administrative monster, a ‘burdensome beast,’ and that the assessment process lacked consistency. Increasing subscription fees have also made it impossible for some institutions to participate in the process.

Breaking the link between accreditation and funding has been met with mixed feelings. Some are concerned that without any formal link with access to funding, Athena SWAN activities will be undervalued and not taken seriously by departments and institutions – this would be damaging for the progress that has been made in recent years and the ongoing swell of commitment to better recognise and act on EDI issues.

Others believe that it is time for a shake-up for the Athena SWAN process, and that when the charter is reformed as a more streamlined and fair process, then it would be beneficial to link with funding eligibility – this may be a good outcome, as the burden of the application work often falls unfairly on the very people the charter is aiming to protect. There is no doubt in our minds that an academic system in the UK without something like Athena SWAN accreditation would be a big step backwards in the fight for equality.

Calling all female scientists all around the world – Soapbox Science needs you!

We are looking forward to continue supporting the development of Soapbox Science as a global initiative, and are keen to hear from anyone who would like to set up an event in their area.

We are also keen to capitalise on the experiences made during the pandemic, and fine-tune our engagement model to build a higher online presence.

Finally, we are of course excited about our 2021 events! So far, 31 events in 12 countries are scheduled for the year, including eight in the UK – and the call for speakers is currently being advertised, so if you are a woman in science interested in science communication, do apply!

Nathalie and Seirian are regular Womanthology contributors. Here are links to some of their previous pieces from our archive: 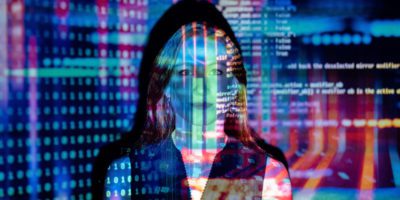 Powerful tonic: My PhD career path from the science lab to the law – Dr Kirsty Brummell, Founder and Director of Trademark Tonic 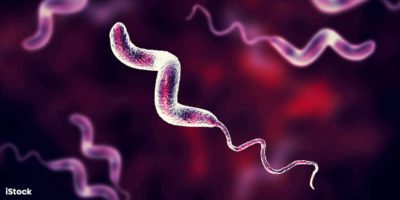 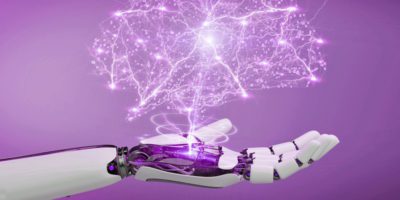 Using AI to make the world better: There is no such thing as ‘a problem’, there is only ‘problem-solving’ – Dr Hajar Mousannif, Associate Professor of Computer Science at Cadi Ayyad University