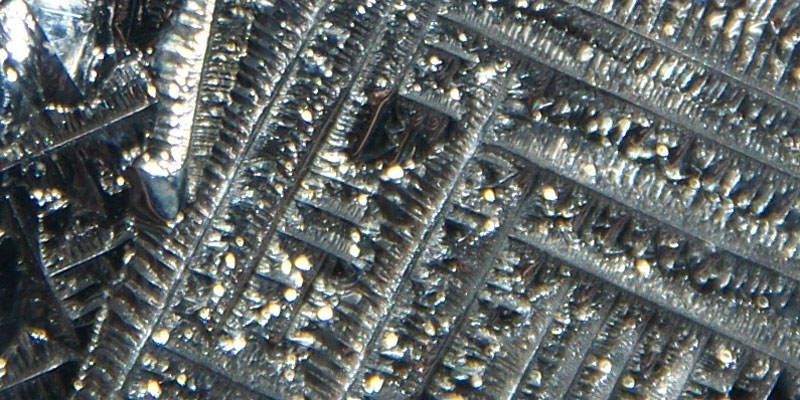 Dr. Dominique Tanner is an Australian geologist and postdoctoral researcher at Cardiff University. She is seeking to understand how magmas and fluids create valuable metals within the Earth’s surface. These metals are vital in the production of sustainable environmental technologies such as solar panels.

Dominique spoke at the Cardiff Soapbox Science event on Saturday 4th June 2016. The title of her talk was: “Where do metals come from? The story of how magmas and volcanoes can make a gold mine … and more!”

Geology rocks: A passion that’s taken me half way round the world…

I have always loved asking questions and been fascinated by rocks, minerals and the natural world – so I knew wanted to be a geologist from a young age. My family have always indulged my passion for geology by letting me take them to important mines and rock formations around Australia during the school holidays.

I made sure that I went to an Australian high school that taught earth and environmental science, and I absolutely loved the opportunity to study geology as an undergraduate and postgraduate student at the Australian National University.

However, making the decision to pursue a career in academia was really difficult, because my partner Lloyd is also an academic (and a geologist). In the final year of my Ph.D. at the Australian National University, Lloyd got offered his dream job at a university just outside of London. I moved to London with Lloyd and worked from home, publishing the results of my research in scientific publications.

After finishing my Ph.D. thesis, I was fortunate to find a postdoctoral position at the same university as Lloyd. I thought that I could pursue a career in research there, but I was paid to do technical and administrative work instead. After some time, I realised that my life wasn’t complete without teaching and research.

Because postdoctoral positions are very competitive, I made the very difficult decision to move away from Lloyd and my new home and look for jobs outside London. When I was offered a position at Cardiff University studying how magmas concentrate tellurium and selenium, I couldn’t believe my luck! Now Lloyd and I both get to do our dream jobs. During the week I live in Wales so that I can use the high-tech laboratories at Cardiff University, and each weekend I commute back home to London.

From lab to mountain top, coral reef to mine … every day is different

I love my work because there is no such thing as a “typical day” – I am doing something different nearly every day. Being a researcher in geology means that I might be in the lab dissolving samples in acid in the morning, crunching numbers and making graphs at lunchtime, and writing up my results in the afternoon – but there is no strict pattern to it.

As a geochemist, I spend lots of time looking down a microscope and analysing rocks using high-tech machines like scanning electron microscopes and mass spectrometers.

Another perk of the job is that I get to travel to attend conferences as well as conduct fieldwork for both education and research. When I chose to study geology at university, I didn’t realise that I had picked a subject that would take me all around the world! It turns out that most geologists travel a lot to look at and collect a wide range of rocks, so that we can understand how the Earth works.

As an undergraduate student I spent time mapping in the Australian outback, snorkelling (and mapping!) coral reefs in New Caledonia, climbing volcanoes in New Zealand and working in an Australian gold mine.

As a Ph.D. student, I spent a few weeks doing fieldwork looking at the world’s largest ancient magma chamber in South Africa, climbed Ol Doinyo Lengai in Tanzania (the only volcano in the world that erupts carbonate-rich lavas). I also helped run and arrange field trips to see hot springs in the North Island of New Zealand, mines and mountains in the Andes of Peru, dinosaur footprints and gemstone mines in the Namibian desert and even a trip to look at rocks that record a big meteorite impact in South Africa.

If I asked you to picture what a stereotypical geologist looks like, you might imagine a wild-looking bearded man wielding a hammer on a mountaintop. While it is true that all geologists get to wield a rock hammer at least some point in their career – and nearly all of us have conducted fieldwork in exceptional landscapes (on the land or at sea) – I want to participate in Soapbox Science to help change people’s perception of what a geologist looks like and show that female geologists are increasingly common.

For instance, in my undergraduate geology degree, more than half my class were female. At my graduation ceremony at the Australian National University, I was one of six Ph.D. graduates from the Research School of Earth Sciences – and all of us were female! While these statistics are not common for my discipline, it seems to me that we are shifting towards achieving a more even gender balance in geological sciences.

Why’s everyone around here called Dave?

I didn’t consciously notice any major gender equality issues in my discipline until I first began to work in a postdoctoral position. I realised that the department I worked at had more full time academic staff named Dave than there were women! I also recognised that one of the reasons that I had been hesitant to pursue an academic career in the first place is because I knew very few female academic geologists. As I didn’t have many female role models or colleagues, I had unconsciously assumed that it wasn’t a job most women could do.

However, I am very fortunate to have been surrounded by supportive colleagues (both men and women) who reassured me that there is no easy way through this career – and at the end of the day sticking with it can be incredibly rewarding. I hope that one day I can return the favour by encouraging more women to pursue and stay in scientific careers.

What a volcano and a mobile phone have in common, and how many paperclips there are in a tonne of rock – all will be revealed

In my Soapbox Science session I will be talking about where metals come from. Metals are part of our life, they are used to create buildings that we live and work in, they are used to create cars and planes that let us travel the world, and they are essential for communication technologies such as computers and smartphones. I want to talk about how magmas beneath volcanoes concentrate precious metals like gold, silver and platinum so that we can extract them.

To prepare for the talk, I have been thinking about analogies to demonstrate how rare some metals are. For instance, did you know that platinum can be mined profitably when geologists discover an area that contains four grams of platinum per tonne of rock? That is like saying if you mined a pile of rocks the same weight as a hatchback car, then only there would only be four paperclips worth of platinum in it!

I’m expecting to have a great day out at Soapbox Science. I’m looking forward to chatting with lots of people about my favourite topic, and I can’t wait to listen to my fellow presenters! I hope that people aren’t shy and that they feel free to come and ask me lots of questions!

One thought on “Why women in geology rock: Not all geologists are wild-looking bearded men wielding hammers – Dr. Dominique Tanner, Geologist and Postdoctoral Researcher at Cardiff University”