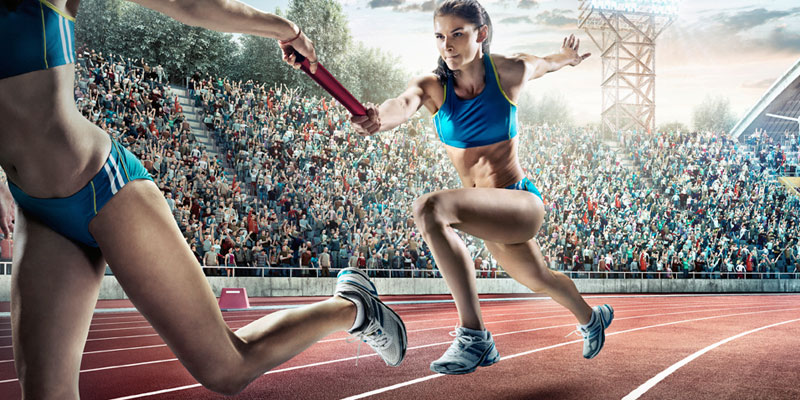 Dr. Helen Meese is Head of Healthcare at the Institution of Mechanical Engineers, having joined in 2013 as Head of Engineering in Society before taking up her current role in November 2015. She works to raise the profile of mechanical engineering, focusing on innovative and emerging technologies and how they impact on healthcare, both in the UK and internationally.

On Thursday 23rd June 2016 the Institution of Mechanical Engineers is holding an event titled ‘Achieving Personal Best: Women in Sports Technology’, welcoming a host of sports engineering professionals including engineers, students and athletes to celebrate National Women in Engineering Day.

From science fiction to engineering fact

I wanted to be an engineer from the age of seven. I’ve always loved science and science fiction, was intrigued by anything that moved and always wanted to know how things worked. I was influenced by my father and other relatives who worked as engineers. A primary school visit to a power station was a defining moment in me deciding to become an engineer.

I’ve always had a love for large machines and so chose to study electro-mechanical power engineering at Loughborough University. I then went on to do a Ph.D. in turbocharger performance prediction in mechanical engineering whilst working as a research assistant in the electrical engineering department of the university, where I designed opto-electronic control systems for electric ‘force fields’ for armoured vehicles.

I continued working in the defence industry after leaving university, working for Babcock Group as lead engineer on equipment for Eurofighter as well as other projects on submarines and ships, before later moving to GE Power Conversion, where I was project manager on electric propulsions systems for two vessels in South Korea.

Today I work for the Institution of Mechanical Engineers as a theme manager covering all aspects of engineering in healthcare, from medical devices to infrastructure. My working day is very varied. From preparing policy statements and case studies on topical issues; for example I am working with a team of engineers at the moment, looking at robotics in social care settings, through to responding to journalist’s enquiries or giving interviews on radio and TV.

One of my roles is to help develop ‘learned society’ within the Institution, by working with our members, events and governance teams to create conferences and seminars. I am also asked to speak at conferences quite often on a variety of topics: Just recently I spoke to a group of 100 retired engineers on 3D printing.

I also work closely with civil servants and parliamentarians to raise awareness of engineering issues and to provide expert engineering opinion to government committees. Of course I do get to have some fun too, and working with our members to deliver outreach events through talking with young people in schools and spreading my enthusiasm for engineering is always a perk of the job.

Every day is different, and that’s what makes is such a great role.

“Nothing moves without mechanical engineers.” Pushing the boundaries of innovation and creativity

At the Institution we have a saying, “nothing moves without mechanical engineers”. Back in George Stephenson’s day that meant steam power; railways and ships, but today, mechanical engineers work on everything from building services in the tallest skyscrapers to manipulating molecules in the latest nanomaterials. Even how your food is processed and your clothes are made will involve a mechanical engineer.

It’s hard not to find anything these days that hasn’t been touched by engineering. Mechanical engineers continue to push the boundaries of innovation and creativity to provide society with new and wonderful technology.

You can’t enter a doctor’s surgery or hospital these days without some form of technology being used to monitor, test or aid our health and keep us alive. The field of biomedical engineering also known as medical engineering or bioengineering, is a diverse, exciting and relatively new area within the ﬁeld of engineering and brings together engineering practice and medical knowledge.

Biomedical engineers are involved in a wide range of technologies, not just the design of medical devices. They work alongside patients and clinicians to develop technology from hip replacements and pacemakers to artiﬁcial limbs and robotic surgery, as well as carrying out computer simulations and modelling of biological systems through to social care such as rehabilitation and assistive technology.

Sadly, we still have only 6% women in mechanical engineering with about 8% across all sectors of engineering. Only 22,130 women graduated from STEM (science / technology / engineering / maths) related degrees in 2015. But there is good news – the number of girls taking computing has more than doubled between 2014 and 2015 and girls continue to outperform boys in 15 of the 16 STEM GCSE categories.

It is of course vital that we continue to encourage young women to take up STEM careers and provide the means from them to stay in these jobs throughout their working lives, but if we are to facilitate this we need to bring about a cultural change in attitudes to engineering and a significant change in the education system to enable young people not just with STEM interests, to participate in this creative and exciting field called engineering.

Women in sports technology and engineering

The event is all about sports technology and engineering and the increasing role women are taking in this fast-moving sector. Sports technology bringing together an understanding of human anatomy and physiology with the complexity of mathematics and physics to enable athletes to perform, often far beyond what seems humanly possible. The event is set to coincide with this year’s National Women in Engineering Day (NWED) which is run by WES, the Women’s Engineering Society.

We have Dr. Heather Driscoll, the president of the International Sports Engineering Association. Heather specialises in athlete equipment interaction, and she is also the editor of the IMechE journal on sports technology.

Alice Bullas from Sheffield Hallam University is a Ph.D. student studying surface imaging techniques, particularly in cycling. She has also become well known for her role in enabling Guy Martin to achieve his down-hill speed record in an unpowered cart.

Our other guests include Christina King, business development manager from the Health and Wellbeing Institute at Sheffield Hallam University. Not only has she built tanks for a living and worked on the Olympic legacy but she now leads collaborations in sports and exercise science with organisations such as Devices For Dignity.

Dr. Steph Forrester is also joining us from Loughborough University. Now an established sports technology lecturer, she was also an Olympic Triathlete and world duathlon champion.

Reg Clark will also be joining us from Rhino Rugby, a world leader and long established name in rugby equipment, supplying to the English, Welsh and other international teams.

Later this year I will be doing a talk at the Staffordshire area IMechE event on 12th October on biomechanics in sports technology, but I also have a number of reports and case studies planned on other aspects of engineering in healthcare, including robotics in social care, dementia and orthopaedics.

I can’t remember the last time I was this busy, but it’s a pleasure to help spread to word about the power of engineering to help improve people’s health.