You are currently reading Issue 71: Womenomics, January 2017
Skip to content 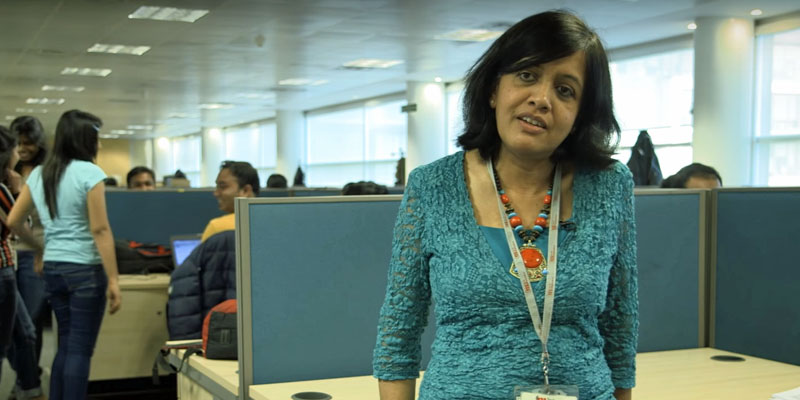 Parvati Raghuram is a professor of geography and migration at the Open University and her research interests focus on the ways in which the mobility of individuals, goods and ideas are reshaping the world. Her current research project examines the relationship between gender and skilled migration in the IT industry by comparing the UK and India, and considers why the information technology sector in India, in contrast to many places including the UK, manages to both employ and retain women in highly-skilled roles. Parvati is also a director of the OPENSpace Research Centre and has written a number of papers for think tanks and INGOS (international non-government organisations).

“…I saw many Indian women coming to the UK as IT workers and I got a glimpse into the issues they faced. The very different narratives of women in IT between India (where women are seen as being empowered by IT) and the UK (where women appear to have much less interest in IT) were striking…”

Parvati, please can you tell us about your career to date and how you became interested in geography and migration?

I have had a potted career. I came to the UK in 1987 with my spouse. I joined for a Ph.D. the following year when I had a nine-month-old baby and did my Ph.D. in the next four years, by which time I had two below the age of five.

I got the first job I applied for and worked for a year but decided, after the very busy years to take a break. However, I got a job very soon after on a fractional contract and then made my way back up but at my own pace. It was a difficult and slow journey but I prioritised what I wanted out of life and gave my children plenty of time.

I think I have now made up for the lost time – I won the Murchison Award by the Royal Geographical Society / Institute of British Geographers last year, one of the most important marks of achievement in the geography discipline in the UK and I was probably the first non-white woman to have ever won the prize. I hope this will give other women confidence that despite the challenges we face it is possible to have a successful career.

My shift to gender and migration research was also shaped by the demands of family life. My Ph.D. thesis was in development studies, but I felt that I could not continue to undertake postdoctoral research abroad as I had a young family.

I also questioned my ability to speak for and even about people from the global South as I had moved away. There is too much objectification of the South and of poverty from visiting academics from the North as it is. I did not want to build my career on that and so I moved to migration studies. I guess gender and migration issues were something I lived through, or rather, am still living through. I therefore became passionate about it.

What does your role at the Open University involve on a day to day basis?

I have held many roles – as postgraduate director and more recently as research director of the OPENSpace research centre. At the moment, I am primarily focusing on research and Ph.D. supervision. I have four grants and seven students on the go! I am also involved in course production of a Level 2 module.

Please can you tell us about the project you’re working on looking at women in IT?

I have been writing on migrant women for a while, particularly on highly skilled women. Most of the literature on migrant women emphasises their caring work – in domestic work and in nursing, for instance. Yet, women play an important role in other sectors of the labour market and the challenges they face in male dominated sectors are quite specific. 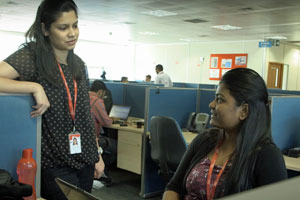 I was intrigued by this as I saw many Indian women coming to the UK as IT workers and I got a glimpse into the issues they faced. The very different narratives of women in IT between India (where women are seen as being empowered by IT) and the UK (where women appear to have much less interest in IT) were striking.

I therefore devised, along with Clem Herman, a project which compared the experiences of women in IT in India and the UK. We were funded by the ESRC [Economic and Social Research Council] and we have been joined by two able research assistants, Gunjan Sondhi and Esther Ruiz-Ben.

Which organisations and individuals are you working with in the UK and India?

Our partners represent most of the major IT sector organisations in both countries: NASSCOM in India and TechLondon Advocates, techUK and BCS [The Chartered Institute for IT]. We also have some really great academic advisors – Eleonore Kofman (Middlesex University, UK), Al James (Newcastle University, UK) and Carol Upadhya (National Institute of Advanced Studies, Bangalore).

At this stage of your research, what are the main differences and the main similarities you’ve identified between the labour market for IT in the UK and India?

We are at a very early stage of data collection but what is already clear is that the picture is complex in both countries – with variations based on a number of factors such as region and class. In India, there are many more women entering a career in IT than in the UK, but there is a sharp fall after childbirth just as in the UK.

Another common issue is that there are few women in the leadership pipeline, although here too India fares somewhat better than the UK. Our initial conversations suggest that women in India remain involved in technical aspects of IT for longer than in the UK, where women are more likely to use their soft skills and to take up jobs in areas such as HR.

Our research aims to uncover some of the specifics of these differences. It also uses the experiences of migrants to cast new light on how these differences are experienced on the ground. Finally, we have interviewed both men and women and we hope this will give us a better understanding of how gender plays out differently in the two countries.

Why is the IT sector so critical to the UK and the global economy moving forward?

IT is increasingly seen as crucial to the knowledge economy. It intervenes in every aspect of our daily life. This requires a large skilled IT workforce. It is also a rapidly changing field and this is a challenge for human resources departments everywhere. The skills of today are not always those required for tomorrow and these skills are hard to find. That is why getting women into IT matters.

According to the European Commission, if women held digital jobs as frequently as men, European GDP would have an annual gain of €9 billion (EC 2013). That is why getting women into IT is a compelling issue for Europe.

How can female labour be better utilised and the gender imbalance addressed?

Given the crucial importance of IT and of achieving gender equity in the field, one important step is to enable women to return to work after they have children. For instance, offering women returners opportunities to upskill and to network so that they can get back into the labour market would be an important step. The rapidly changing nature of the field poses a particular challenge for women who find that after a six-month career break they return to find that the field has moved on.

Recruitment also needs to be addressed in the UK as there are few women entering the field to begin with. The stage for recruitment problems is set in college and even at school, where few women take up science, so efforts have to be made to encourage girls to take up IT from school onwards.

The apprentice model is still common in the UK but unfortunately less formalised forms of entry can work against women. Moreover, events like hackathons where IT skills are showcased, can have a macho culture. As these are becoming tools for recruitment for larger firms we have to be watchful to see what the gendered implications of changing recruitment practices are.

Finally, we must be careful about thinking that the profession is the only thing that needs addressing. Women have long argued for a shift in the responsibilities around socially reproductive work – caring, cleaning, teaching and so on. This too has to be part of the package.

Although we set ourselves up to argue for greater inclusion of women in IT, I also wonder whether fewer women go into IT because they have such good opportunities elsewhere? Thus, the issue of women in IT must be understood within the wider environment within which gendered labour sits.

What is coming up next for you and the research in 2017 and how can Womanthology readers support you?

This year we plan to launch the first women in Indian IT Scorecard. This will echo some of the issues picked up by BCS’s Women in IT Scorecard published in the UK. We will also be presenting our data to the Industry and Parliament Trust in the Houses of Parliament in February. Separate reports will be produced on issues such as migration and women, in addition to women and the leadership pipeline. We look forward to coming back here to speak to your readers about our findings from these reports.

We would love to have feedback on our project from Womanthology readers. The magazine offers a great space for discussing the issues which we have both personally lived through and which we are researching. We are also interested in knowing what problems you may have faced as women in IT. And looking forward, where should we focus our energies next?

We welcome your thoughts. And thank you so much for giving me an opportunity to talk about this project. We will be back soon..! 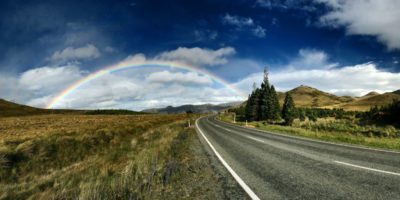 Challenging gender stereotypes in economics and informing decision making in transport – Emma Campbell, Head of Environment and International Transport Analysis at the Department for Transport 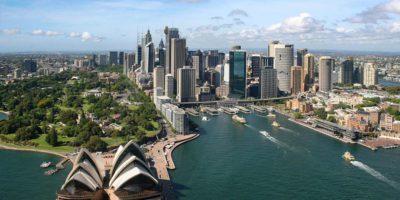 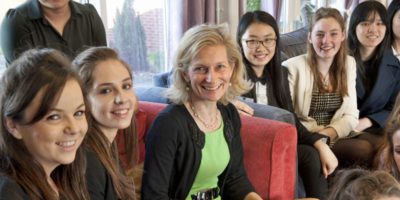 Leaving the City in order to share my love of economics with the next generation of female talent – Alison Matthews, City Economist turned teacher