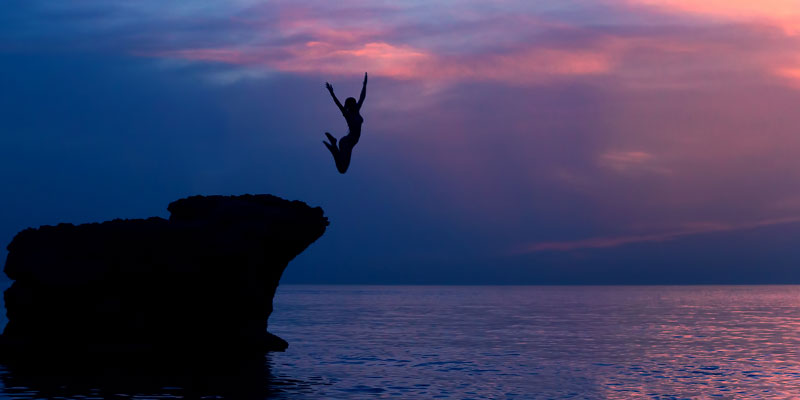 Putting myself right out there

I’ve been thinking a lot about persistence and resilience recently. It’s coming up for Womanthology’s first birthday – woo hoo! One of the things I’m proudest of about the whole experience of creating something from scratch and putting it out there for the world to read on t’internet (as we say ooop North) is that I was literally putting myself right out there.

Of course there was every possibility that Womanthology would be read by no one. In fact in the beginning, you could have fitted all my readers on the sofas in my lounge. The irony is, as with any small enterprise or undertaking, the smaller you are and the more resources you need, the less resources you actually have to promote what you’re doing, regardless of how worthy or innovative your endeavour may be.

Of course social media helps. I set up a Twitter account, but sending out your first tweets with very few followers is like lobbing a stone into the Grand Canyon and expecting to make an impact. Building up a successful presence takes hard work and persistence, even if you’re Lady Gaga or will.i.am. (Or so they tell me…)

I’m a massive lover of Pinterest and I’d gathered all sorts of images and quotes together as a kind of online scrapbook and ideas board. If you’ve never been on Pinterest before and you set up an account, please be warned – it’s a wee bit addictive. I used to set aside a quick 15 minutes as I was about to go to sleep and then four hours later I’d still be sat, pinning like a demon into the night, eyes boggling. Needless to say that my borderline Pinterest obsession has subsided somewhat.

Need to make a cake in the shape of a Minion from Despicable Me? Want pictures of cappuccino foam art or people’s up cycled furniture creations? Want a new car, a new house or a new life? You have a place to go and find pictures of how it might look. It’s a bit like a kind of Alice in Wonderland experience of going down one rabbit hole and then you end up somewhere else and then somewhere else again, where you end up leaping from pin to pin and from board to board.

I found it incredibly useful though for looking for inspiration for the Womanthology brand and concept. (At this point, it wasn’t even called Womanthology – my ideas for names were so cringe worthy looking back that I shudder to think now.) One of the things I found and pinned that really resonated with me was a quote that said,

“I just want to make beautiful things, even if nobody cares.”

This really struck a chord for me. I decided there was a need for a space where women (and supportive men) could come together to share their stories in their own words about the trail blazing, gut–busting work they had put in to follow their professional dreams and make their mark. I couldn’t find the sort of stories I wanted to read all in one place anywhere, so being the resourceful Generation X go-getting kind of woman that I am, I decided to find the stories, curate them and share them with the world – whether anyone else wanted to read them or not.

Building yourself a mansion you’ll never live in

However, there was an inherent risk with this. If no one read it, I’d be disappointed, but I’d survive. But what if people read it and then decided they didn’t like it? For the first few editions I didn’t write anything myself and all the content came from other contributors. You might even say I was scared. However I decided relatively soon that there is little point going to all the trouble of setting up your own magazine if you’ve got nothing to say for yourself. That’s like building yourself a mansion that you’ll never live in.

No-one can make you feel inferior without your consent

Perhaps people wouldn’t like what I would have to say, but that would be their prerogative, so if they did or they didn’t like it, it wasn’t actually about me anyway. Looking back over the past year I’ve realised that it really, truly doesn’t matter what anybody else thinks of you or your work, except you. Or as Eleanor Roosevelt said, “No one can make you feel inferior without your consent.” And you know what? She was absolutely right. I’m not a journalist and I’m not a designer, so I might write something childish, or mess up a layout, but I wasn’t really doing this for anybody else at this point – I was doing it for me.

Sitara Warren, who I met on Twitter through Womanthology, is one of the people who have been an ongoing source of support and encouragement to me. A few weeks ago I unexpectedly received a parcel in the post. (I think there is a bit of an excited child in everyone when a parcel arrives unexpectedly….) As I ripped open the packaging I discovered it was Seth Godin’s latest book, What to Do When It’s Your Turn. There was a note from Sitara – “Thought you may like this!” But she was wrong. I didn’t like it. I loved it.

The only ‘cost’ of rejection is the experience of being rejected

There is a brilliant section where Seth talks about rejection and he points out that the only ‘cost’ of rejection is the experience of being rejected. And he’s so right. At this point Sheryl Sandberg’s question springs to mind, “What would you do if you weren’t afraid?”

I now look back over the past year and I realise how my life has changed for the better through this process. But it hasn’t been without some fear and a little rejection along the way. But you know what? I’m still here and I’m still smiling. And I’m stronger for it.

On the flipside of powering through the fear of being totally overlooked and potentially mocked, I’ve spoken to hundreds of incredible women (and men) and each conversation I’ve had has changed me a little bit. I won’t say I’ve ‘grown’ as I’m already over six feet tall and that it plenty tall enough(!) but I’ve learnt so much.

It’s like everybody has their own bit of wisdom to share. It doesn’t matter how old they are – something else I’ve picked up is that ‘wisdom’ is not inextricably linked with age. Some of the ‘wisest’ contributors I’ve spoken to are younger than me. In fact now I am of the firm belief that developing this wisdom, self-confidence and self-reliance at a young age is one of the strongest markers of likely success in your career and life.

Not a child prodigy from a fairy tale, but that’s OK

If you are fortunate enough to be surrounded by people who encourage you to believe in yourself as you are growing up, what can’t you achieve? However, what if you didn’t have a fairy tale upbringing, you weren’t a child prodigy, you didn’t have the reassurance of people supporting you as you learnt about life and you didn’t follow the stereotypical path to ‘success’ and a ‘good’ job. You know what? That’s OK too.

Part of what I wanted to do to champion positive female role models was to show that it doesn’t matter what you’ve done in the past or where you’ve come from – it only matters what you do from now on. Women are often expected to look or behave in a certain way and constantly project a youthful glow. I love it where Susan Sarandon says, “I look forward to being older, when what you look like becomes less an issue and what you are is the point.”

I think what we are should be the point of all of us. So I’m hoping that as you read Womanthology it makes you stop and think, even if only for a split second, about what you are and the things you want to achieve in your life from that moment forward. We all have to live in the present. You can’t undo the past, but you can shape your own future. I took the leap of faith and decided to make something I could be proud of, so I hope this will encourage you to be a little braver and a little bolder so you can create things you’re proud of too.

It’s true that no-one can make you feel inferior without your consent, but it’s also true that you must give yourself permission to shine. There’s an inherent risk that you will leap into the abyss of trying something new and in doing so crash and burn, but you know what? You might also surprise yourself. As John Burroughs said, “Leap, and the net will appear.”