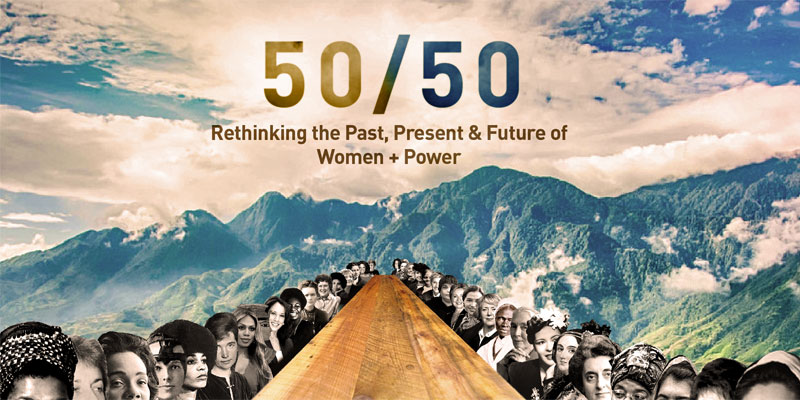 Tiffany Shlain is a filmmaker, writer, public speaker, founder of The Webby Awards, and co-founder of the International Academy of Digital Arts and Sciences. She lectures worldwide on the Internet’s influence on society, the creative process, innovative filmmaking, and what the future may bring in a rapidly changing world. Tiffany has delivered talks at Harvard, NASA, Twitter, The Economist Big Ideas conferences, Fortune 500 companies, The Ideas Festival, Apple Theaters in New York and San Francisco, MIT, The Sydney Opera House, and several TED events.

“…I love hearing that 10,000 years ago women were religious leaders, they were political leaders, they could marry, they could divorce. It was just a different time and it’s really good to know that we came from that space before it turned. I think it’s a much more empowering way to look at history, rather than thinking that we never had something that we’re trying to get now, which is equality…”

Discovering the meaning of life through film

I grew up watching movies. Every Sunday we’d watch a movie, and have dinner and discuss the meaning of life, through the film. I never thought that I could be a filmmaker because I was supposed to be a doctor. (My father was a surgeon and all the children were going to be doctors..!)

In high school I got one of the first Apple computers and I became fascinated with the potential of computers once they connected with other computers. In the 80s I co-wrote a proposal, when I was 17, called The Uniting Nations in Telecommunication and Software. From that proposal, I was invited to the Soviet Union by their Ambassador. My big dream was connecting people all over the world, through computers, to share ideas and have a common understanding. 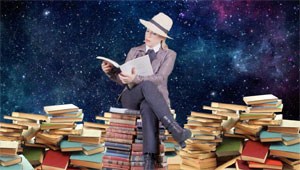 Sadly though, no-one had personal computers in the Soviet Union in the 1980s, so that bubble was burst! But then I went to UC Berkeley and I took a wide range of courses in the sciences and the arts. I took a film history class and I was taught by an amazing professor who chartered the history of film, and I saw how that was the way to share important ideas, so I decided to become a filmmaker. I studies film theory at UC Berkley and film production at NYU.

Realising the power of the Web

When I graduated I always worked in technology to pay for my films. I would always run out of money, do some work in technology, and then one of the times I was doing that, somebody showed me this thing called ‘the Web’, and I thought, “This is going to change the world!”. Shortly afterwards – so this was 20 years ago – I founded The Webby Awards, honouring the world’s best websites. The timing was right.

I had a great team and we rode that rocket ship of The Webby Awards for nearly a decade, but I knew I wanted to go back to filmmaking, combined with the power of the web. So, ten years ago, I sold the Webby Awards and I started a film studio in San Francisco, where I could make films combined with the power of the Web, in order to make social change. 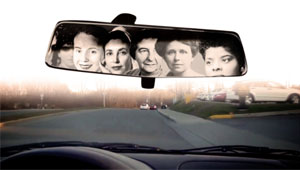 We’ve had four films at Sundance, we run a global event called Character Day, where over 90,000 events happened on one day last year. We just released a new film called 50/50: Rethinking the Past, Present and Future of Women and Power, and we’re planning on a 50/50 Day, which with be on May 10th. There will be screenings of the film at companies, organisations and schools around the world. We’re going to facilitate a global conversation on what it’s going to take to have a more gender balanced world.

Moving from a narrative of scarcity to telling a new story

Although we’ve never had a female president in America, we came incredibly close to having one (Hillary Clinton won the popular vote by 3 million), so the United States, in numbers, was ready to elect a woman.

I was shocked at my own lack of historical knowledge of women leaders throughout history. When I asked so many other people and they didn’t know either, it became very clear to me that we need to be telling a new story.

We’re telling a story that comes from a place of weakness, and we need to come from a place of strength. We had equality before the patriarchy, going way back, so I feel like having that history in context is so important.

Choosing to look at history through a lens of empowerment

I grew up around the subject because my father wrote a best-selling book called The Alphabet Versus the Goddess, and his big question in the book was: “Why was it that in almost every civilisation, people worshipped women, and then suddenly they started worshipping men?” In every civilisation, it was goddesses and then it switched to male gods, and what was the event that kept happening in civilisations that switched? He wrote a 500-page book about it. 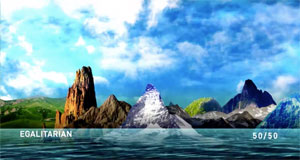 His theory was the new thing introduced into society that changed it was literacy, which is very linear and ‘left hemisphere’. He believed that literacy re-wired people’s minds and societies. There’s a lot of other ideas around. Other people pointed to the way the development of agriculture started requiring physical strength.

I love hearing that 10,000 years ago women were religious leaders, they were political leaders, they could marry, they could divorce. It was just a different time and it’s really good to know that we came from that space before it turned. I think it’s a much more empowering way to look at history, rather than thinking that we never had something that we’re trying to get now, which is equality.

One of the reasons we’re holding 50/50 day is to talk about what it’s going to take to get to a 50/50 world. We’ll be discussing it and then we’ll have experts suggesting actionable ideas. It’s all free. Here’s where to sign up: http://www.50-50day.org/. Anyone can sign up and they will be able to show the film, they’ll receive the supporting material, and then we’ll have a global live-cast unifying all the screens. It’s going to be a very exciting day. We’ve done this with our other event and we found it was very exciting to be part of a global conversation with screenings are happening all over the world.

It is so important to ensure we have female political representation. There are a lot of areas of life where strong women are excelling, and that’s also good to remember too. We have made progress, it’s just not as much as we want. 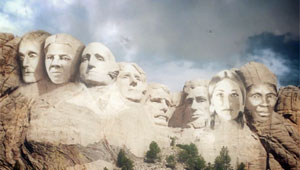 I’ve thought about a lot this issue and I’m very vocal on social media, in my films and I do a great deal of public speaking, but we need that political arm to be just as strong. We’ll have a lot of organisations involved with 50/50 day that support female candidates, like Emerge America, She Should Run.

We need to support more women to do it and create easier paths for them to run for office. There’s a big movement around here to figure out how to keep girls and women engaged so they can feel bold. I’m seeing a lot of people incorporating this into activities in schools, for example.

Coming up next for me and my team

In addition to 50/50 day, we’re also Planning for Character Day, which will be November 13th. Here we have films we’ve made based on character development, so neurosciences and social sciences, and we offer these up for free to help people can learn about developing who you are. All of that information can be found at http://www.characterday.org/. We’re also working on a larger series based on 50/50.