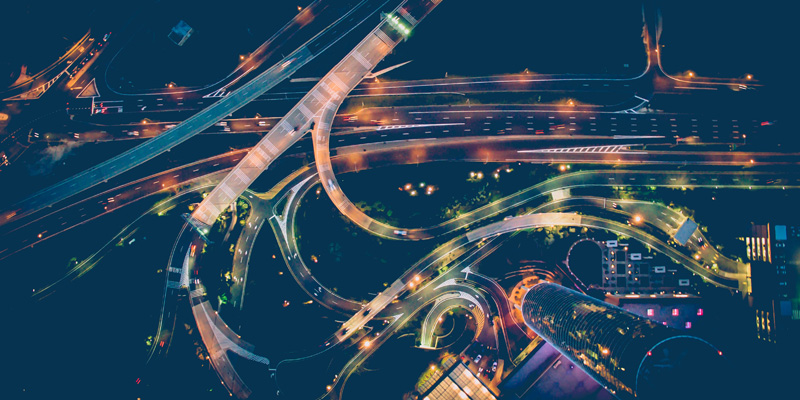 Rachel Skinner is Executive Director & Head of Development at WSP | Parsons Brinckerhoff – one of the world’s leading engineering professional services consulting firms. Named in 2016 as one of The Telegraph’s Top 50 Influential Women in Engineering, she is a Chartered Engineer and Vice President of ICE (the Institution of Civil Engineers), as well as being a former President of WTS London (the Women’s Transportation Seminar). She is involved with major contracts for public and private sector clients in London and elsewhere in the UK, and has authored and co-authored publications on autonomous vehicles and future place-making, infrastructure and digital technology, industry innovation and collaboration. “…In the world of civil engineering, good writing and presenting skills are at a premium, and they are a genuinely valuable commodity, so we need people who can do both – understanding numbers and being able to explain what they’ve found in a coherent way is incredibly powerful…”

I fell into engineering completely by chance. I have science based A-levels, including maths, and I’d graduated with a degree in geography. I found a graduate role with a consultancy firm that happened to offer me a role in transport planning, and the rest is history! I started off as a transport planner and worked my way up through the business, with new roles every few years.

I’d say I’ve never been bored and I’ve always found new challenges to keep me interested. I’ve moved around several different UK offices and increased my responsibility levels throughout that time. In the meantime, the company I started out working for has been acquired, and re-acquired, and re-acquired, so having started off in a company of about 800 people, I now work in an organisation that’s close to 40,000 people. Learning and ‘growing up’ within that structure has been a huge opportunity. 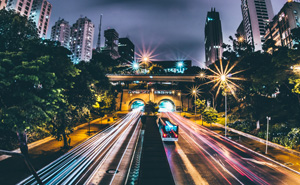 In addition to my day job, I’ve also been involved with the ICE (Institution of Civil Engineers) for about 15 years since becoming chartered. I’ve also enjoyed starting up – and then leading – the Women’s Transportation Seminar network in London, which is still going strong after 12 years.

Using maths in my day to day role

I now lead my company’s Development business of around 800 people. Together, we provide consultancy support to help our clients in the UK and overseas to bring forward development, regeneration and infrastructure projects at all scales across the private and public sectors.

I’ve used maths in all sort of ways throughout my career. Starting at the more junior end of the spectrum, one of the things I was involved with as a graduate was transport modelling. This is a highly numerical field, using computer software to come up with different options to test and explore, before evaluating the options in a consistent way to work out what the best solution might be. For transport planners, this generally involves thinking carefully about vehicle flows and safety. There are some really exciting developments in this area now, as we are starting to consider how new driverless technologies will affect future mobility, routes and places.

As far as maths goes, the software gets you so far, but there’s a need for common sense checking and understanding about the sort of answer you’re looking for, from first principles. You need to have a good grasp of the concepts in order to be able to make sense of what you’re trying to do. As I got more senior, my role evolved to include checking of work done by others.

I’ve also done things like acting as a public inquiry witness, where the numbers really, really do matter as other people are scrutinising them as you’re trying to put your case across, and there are big decisions made about whether your projects can or can’t go forward. An awful lot of that boils down to numbers, in some way, shape or form. Again, it’s about common sense – what sort of number am I expecting here? Does it make sense? If not, what’s wrong?

As time has gone on, I’ve had a lot more involvement in budgeting and the more commercial side of things in terms of actually doing business and bidding for work. At this stage, it’s about how to put together a cost proposal to ensure you meet the clients’ needs but also make a fair return, which is clearly important in a consultancy business!

Now, I’m responsible for a multi-million pound budget, and understanding what goes into that and what will make a difference to delivering in line with targeted figures. It’s not direct maths, but indirectly it’s absolutely all about the numbers and how they all fit together.

On the one hand, the maths and numbers bit is really important, but a much rarer skill is to be able to communicate on the basis of what you’ve found. In the world of civil engineering, good writing and presenting skills are at a premium, and they are a genuinely valuable commodity, so we need people who can do both – understanding numbers and being able to explain what they’ve found in a coherent way is incredibly powerful.

In the engineering world that I live in, many people have highly numerical engineering degrees, but there is clearly a place for people with other skillsets including maths, geography and similar.

From a civil engineering perspective, we as an industry need to make much more effort to help people understand what it is that we do, because at the moment, whether you’re talking about applying maths or other skills, it’s pretty difficult for anybody sitting on the outside to really understand the various career options and roles. There’s a wealth of material out there from a perspective of STEM careers, and from an engineering point of view there’s potentially an advantage that everything you see all around you has been shaped by civil engineers in some way. But somehow, we don’t seem to have made the link back to the people with relevant skillsets beyond pure engineering, in terms of saying: “You’re exactly the sort of person who could do well in the industry.”

We need to make sure that kids moving up through school and coming out and going on to college or university actually understand what opportunities are open to them. With civil engineering, because it’s about everything around you, it’s almost too big and it’s difficult because people usually don’t have any direct experience of working with engineering professionals.

We know what doctors and dentists do because we visit them from a very early age, so we understand the context in which we might need one, but I’m not sure that many of us have had many times in our lives where we’ve had to say: “Wow, I really need a civil engineer!” It’s not the thing you necessarily see on an individual basis in the same way, which makes it incredibly challenging to communicate.

There’s no lack of material out there, and if only we could get better at curating it we could do a lot better for people who are trying to make more informed choices about careers. I suspect that there is too much, in fact, possibly to the point that it’s overwhelming for those who try to find out more. How on earth do you know when you’ve found the good stuff? We don’t offer a clear signpost to say: “If you watch or read nothing else, take a look at this.

New technology levelling the playing field for women in STEM

It means that things that would typically always have been a bit more challenging for girls to associate with are now much more of a level playing field. From a consultancy point of view, if you’ve got the core of those skills, the range of projects you’re able to work is incredibly broad on because you’re able to adapt across different pieces of software and you aren’t pigeon-holed at all in terms of project types or sectors.

For those who are really keen to dive into detailed and creative applied mathematics, these opportunities also exist, not just in modelling but also in economic appraisal and similar. There are plenty of people who follow a career path in this space, building their skills right at the cutting edge.

Growing your maths skills over time

Maths is about the different ways of trying similar things and about how to get past something difficult when you hit an obstacle. I think there’s a perception that you have to be really good at maths to do things like engineering when actually, a lot of roles don’t need a lot of maths at all.

As I’ve already said, some of the core material and basic common sense is important, but you haven’t got to be an ‘expert’ in any specific area as the range of roles is large. You can also grow new skills over time, perhaps picking up things that you’d previously have written off as beyond your ability. You’re learning all the time from colleagues and everybody around you. Who knows where it might lead…?

Making things happen in your career

The first thing I would say is that career progressions tends to happen when you’re having fun and you’re enthusiastic about what you’re doing.

One of the key messages I heard from the senior people around me at the start of my career was that you’re in charge of your own career. Other people can help you, and they can mentor you and so on, but actually you are the one who has to make things happen, rather than waiting for things to happen to you. Sometimes other people have seen the potential for me to do certain things that I would never have spotted. They’ve said to me: “You’d be really good at that.” Had they not said that, and had I not listened, I’d never have tried those things. Going along with their suggestions has turned out to be an incredibly powerful way of moving into new areas.

Shaping the future of civil engineering

I’m currently Vice President of the ICE and next year is their 200th anniversary, so one thing I’ve been trying to do is to make sure that we take this opportunity to sort out some of the issues about the image and attractiveness of the industry, as well as taking time to celebrate the fantastic civil engineers that are already in the industry. I feel that the time is right to start looking outwards and sharing a much stronger message about how we shape the world.